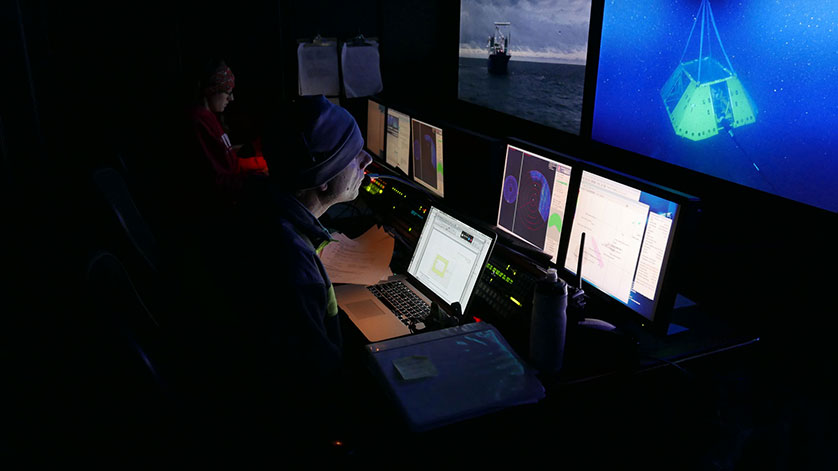 Community observatories along the BC coast, earthquake early warning sensors in the deep sea, and the first 24/7 subsea instrument platform in the Arctic—these recent accomplishments are among many that have made the University of Victoria’s Ocean Networks Canada (ONC) a world-leading ocean science facility it is today.

Now, a five-year, $46.6 million investment from the Canadian government—through the Canada Foundation for Innovation (CFI)—will ensure that ONC continues to lead the world in ocean observatory science and technology.

“This is terrific news for ONC and for the future of ocean science globally,” says UVic President Jamie Cassels. “We’re very grateful to the Government of Canada for its continuing commitment to the pioneering work of this national facility. These funds will support ONC’s ongoing transformation of ocean science and its applications to public policy, economic development, environmental stewardship and public education—for the benefit of Canada and the world.”

The new funding is awarded to UVic through CFI’s Major Science Initiatives program, which supports a portion of the operating and maintenance costs of selected major science facilities across Canada. These facilities serve communities of researchers nationally and internationally, support leading-edge R&D, and promote the transfer of knowledge for the benefit of society.

ONC pioneers ocean observatories that stream live data 24/7 to researchers across Canada and around the world to study everything from ocean change and fish abundance, to plate tectonics and tsunamis, deep-sea ecosystems and ocean engineering.

The long-term observations being collected by ONC instruments have wide-ranging policy applications in areas such as ocean and climate change, earthquakes and tsunamis, pollution, port security and shipping, hazard mitigation, renewable resource assessment, sovereignty and security, and ocean management.

“With the longest coastline in the world, Canada has made an unprecedented investment over the past 16 years in building these critical ocean observing systems,” says Kate Moran, ONC’s president and CEO. “The ocean is our planetary life support system, and human pressures are impacting the ocean at an ever-increasing pace. Understanding this change is vital to protecting and managing the ocean to ensure a sustainable future.”

In its first 10 years of operation, ONC evolved into Canada’s national ocean observatory facility, with a growing network of observatories off Canada’s west coast, in the Strait of Georgia, along coastal BC and in the Arctic. ONC also pioneered an advanced data management platform, known as Oceans 2.0, which public and private sector agencies across Canada and abroad are lining up to use for data access, analysis and their own data management.

Through its innovation division, ONC has partnered with a wide range of industry and government organizations, helping other countries plan and execute their own observatories, and helping Canadian companies develop and test their products for global markets using ONC’s observatories.

“Since its inception, ONC has applied its innovative technologies and expertise for the benefit of Canada and the world, helping to grow Canada’s diverse ocean technology industry with an overall return of $10 for every grant dollar invested,” says Moran.

ONC works with hundreds of scientists, engineers, researchers, innovators, big thinkers, industry and government partners across Canada and around the world. Its learning and outreach team is engaging students, and Indigenous and coastal communities across Canada on the wonders of the ocean and the vital role it plays in our lives.