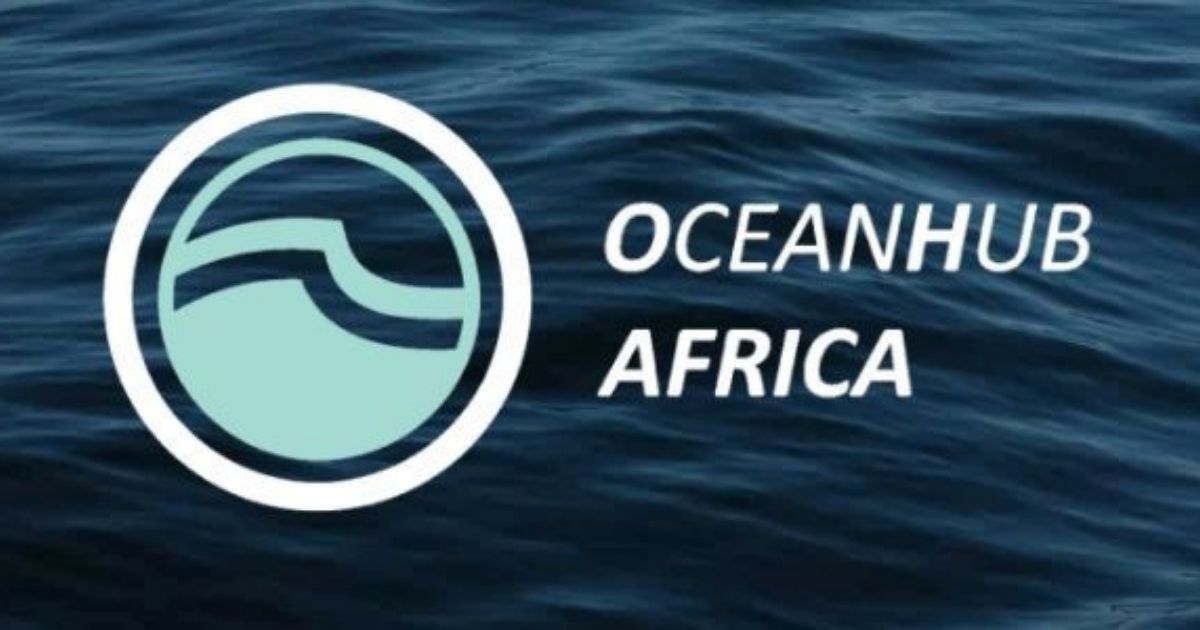 Entrepreneurs, executives, investors, scientists and government representatives from around the world gathered online recently for the second edition of Ocean Innovation Africa, a platform dedicated to fostering connection, knowledge-sharing and discovery between leaders looking to make a positive impact on the continent’s oceans economy.

The two-day summit, organized by OceanHub Africa (OHA) and event specialist Catalyze, was sponsored by Wesgro, the City of Cape Town, 3DExperience Lab and the French Embassy in South Africa and supported by the V&A Waterfront, World Wildlife Fund South Africa, World Ocean Council and AWS Activate. It saw more than 500 people engage in a range of live panel discussions, pitching events and masterclasses with attendees also being given the option of joining several networking, matchmaking, and film screening sessions scattered throughout the proceedings.

A highlight of this years’ summit was the keynote address given by Paul Holthus, Founding President and CEO of the World Ocean Council. He explained that Africa’s rich ocean resources are key to supporting socio-economic growth on the continent but stressed that their exploitation must be done in a manner that is sustainable, accountable and in line with the objectives of Sustainable Development Goal 14: Life Below Water.

“In doing so, we need to prioritize innovation in marine-related technology, policy, and research and development, while simultaneously encouraging greater collaboration between stakeholders in the ocean economy,” said Holthus.

In addition to keynote addresses, the event saw several panel discussions take place, during which ocean-entrepreneurs and representatives from leading organizations explored how innovation may affect the various sectors of the ocean economy.

A noteworthy discussion focused on the role of government in the blue economy, with the panel including stakeholders from the Norwegian Embassy in South Africa, the United Nations Environment Programme Finance Initiative, the High Level Panel for a Sustainable Ocean Economy, and members of the EU Directorate-General for Maritime Affairs and Fisheries as well as the African Union. They unpacked how governments need to exhibit greater leadership in protecting the marine economy and stimulating new approaches to ocean resource exploitation.

Another session which proved popular with attendees was a panel centered around building the pipeline of ocean-impact startups, which featured representatives from the World Economic Forum’s (WEF) UpLink initiative, Katapult Ocean, NTELX, Sustainable Ocean Alliance, University of Cape Town, and DOTCAN. Opening the session, John Dutton - who heads WEF-UpLink - announced the launch of an action group for African Ocean Innovation, saying that: “This will be a digital group for various stakeholders dedicated to mobilizing the African community of ocean impact stakeholders to accelerate the development and adoption of ocean solutions across the continent.”

Various other panel discussions were held across the two-day summit, with several focusing specifically on the notion of disruption – most notably in the areas of fishing and aquaculture, marine renewable energies, coastal tourism and sports, as well as shipping and ship-building industries.

A focal point of the event was the OceanHub Africa Demo Day, during which five startups from the OHA accelerator’s first cohort were given a platform to showcase their business and share more information on how they are helping to address some of the continent’s most pressing marine and aquatic-related challenges. Startups presenting on the day included:  Inseco, an insect protein producer offering a sustainable and affordable substitute to fishmeal from organic waste; SharkSafe Barrier, an eco-friendly alternative to shark nets based on biomimicry and magnetic stimuli; Mean Sea Level, an ocean wave energy producer, using a turbine harvesting waves’ kinetic energy flow; Captain Fanplastic, a gamified environmental literacy program to educate 10 – 12 year olds on plastic pollution; and Impact-Free Water, a pump harvesting waves’ potential energy to convert it into pressurized seawater.

The Summit also saw various ocean-minded startups competing in a virtual pitch competition, supported by the French Embassy, 3DEXPERIENCE Lab, WWF-South Africa and AWS Activate. Contenders exhibited their scalable solutions aimed at addressing climate change, pollution and overexploitation, with Aequorea being named this years’ winner. Walking away with a US$500 cash prize, mentoring sessions and US$3,000 worth of AWS-Activate credits, Aequorea develops and manufactures ocean measurement and monitoring systems that can help provide advanced warning of climate-related and ecological phenomena, as well as illegal shipping and fishing activity. Second place was awarded to the International Pole & Line Foundation, which works to develop, support and promote socially and environmentally responsible pole-and-line and handline tuna fisheries around the world.

Concluding the summit, OHA announced that it will be opening applications in January 2021 for the second cohort of startups to be selected for its six-month acceleration program.

Beginning in April 2021, the program will select and support Africa’s most promising and impact-driven startups seeking to develop an environmentally conscious and profitable ocean economy, with special attention paid to applicants working to mitigate the effects of global warming as well as the overexploitation and pollution of ocean resources. Selected applicants will be given access to OHA’s highly qualified network of stakeholders and facilitators, who will help startups devise sustainable pathways yielding stable profits and avenues for scalable growth throughout Africa.

Ocean-minded startups looking to join the OHA accelerator can apply from January 20, 2021 here.

To watch a recording of this years’ Ocean Innovation Africa event, click here.