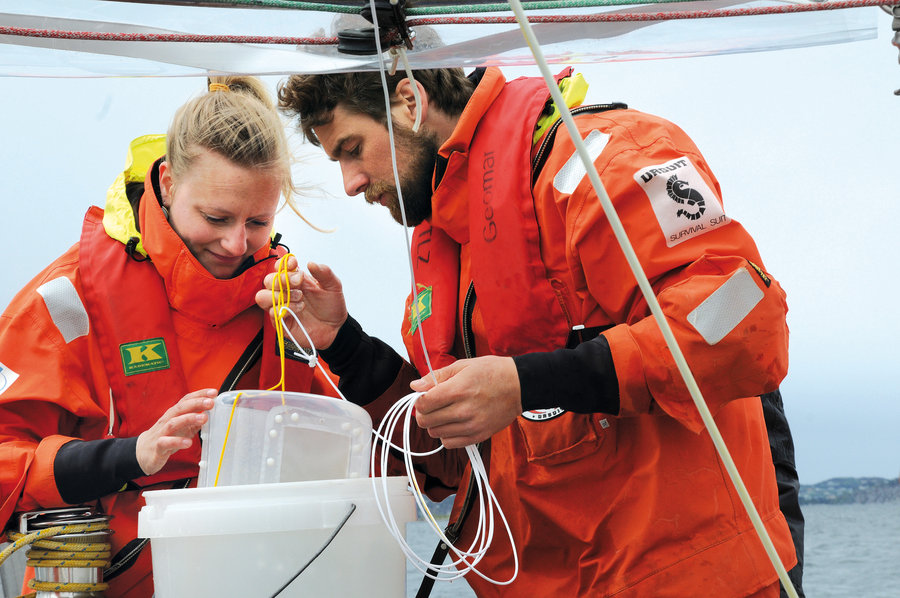 In many areas of marine research men and women are now working together as equals. However, women are still under-represented in leadership positions. Partners from eight scientific institutions in five countries around the Baltic Sea will be working together in the project "Baltic Gender" trying to reduce gender inequalities in marine sciences.

The project is coordinated by the GEOMAR Helmholtz Centre for Ocean Research Kiel and funded by the European Union with 2.2 Million Euros. The first meeting is being held on the 6th and 7th of October in Kiel, with the participation of 30 representatives from partner institutions.

Just like sea going expeditions, marine research has been strongly dominated by men for a long time. This is slowly changing in recent years on research vessels and in laboratories of the respective institutions on land. "However, this positive development has not reached the leadership levels of marine research yet. Beyond the PhD and post-doc stage, women are under-represented. The inequality is even more striking at the level of full-professor or within the engineering staff", says Professor Katja Matthes, a meteorologist from GEOMAR Helmholtz Centre for Ocean Research Kiel and head of the GEOMAR Women’s Executive Board (WEB). She also coordinates the new project “Baltic Gender”, which aims to change this inequality.

A total of eight academic institutions from five European countries around the Baltic Sea launched the project. Together they are going to develop strategies to support career opportunities for women in marine sciences and technology. The European Union is funding “Baltic Gender” as part of the Horizon2020 framework program with 2.2 Million Euros. Besides the GEOMAR in Kiel the partners include the Kiel University, the Kiel University of Applied Sciences, the Leibniz Institute for Baltic Sea Research Warnemünde, the Estonian Marine Institute (University of Tartu), the Klaipeda University (Lithuania), the Lund University (Sweden) and the Finnish Environment Institute.

“The Baltic-Sea region is especially interesting for this project. Here, very different cultures and developments regarding gender equality exist close to each other,” says Ms. Sarah Braun, the equal opportunity officer from the Kiel University of Applied Sciences. The Scandinavian countries are known as global leaders in the equality of men and women in research. Germany has developed active policies in recent years to address the issue, while the Baltic States have initiated only a few measures in this respect so far. “Thus we can compare different experience and learn from it,” adds Ms. Braun.

Project partners will collect and compare standardized gender-related data from all participating institutions. Based on the analysis of long-term data, scientists can identify trends towards equality or inequality and define specific targets to improve the situation. “Ultimately, the goal is the introduction and implementation of Gender Equality Plans in each of the partner institution,” explains Dr. Iris Werner, the equal opportunity officer at the Kiel University. “These plans play an important role in committing institutions to long-term approaches, realistic targets and concrete measures, which eventually lead to the necessary structural changes”, adds Dr. Werner.

Baltic Gender will establish practical schemes to promote gender equality in the partner institutions. These include establishment of grass-root networks, gender focused training and mentoring schemes, family-friendly policies and gender-sensitive teaching methods. The project will also explore new ways of integrating the gender dimension in each step of the research process. “We are keen to ensure that all involved in research are sensitized on gender equality themes and those themes are firmly anchored in university education as well, as this is the only way for sustainably equal opportunities. In order to achieve it we need to engage students, PhD’s and established scientist”, explains Prof. Joanna Waniek, a physical oceanographer and equal opportunity officer at the Leibniz Institute for Baltic Sea Research Warnemünde.

The recommendations and results of the project will be delivered in brochures, blogs and guidelines aiming at a broader public. “In the end, other research disciplines across the EU should be able to benefit from our work,” says Professor Matthes.