Australian WWII Shipwreck Found After Being Sunk by Submarine in 1942 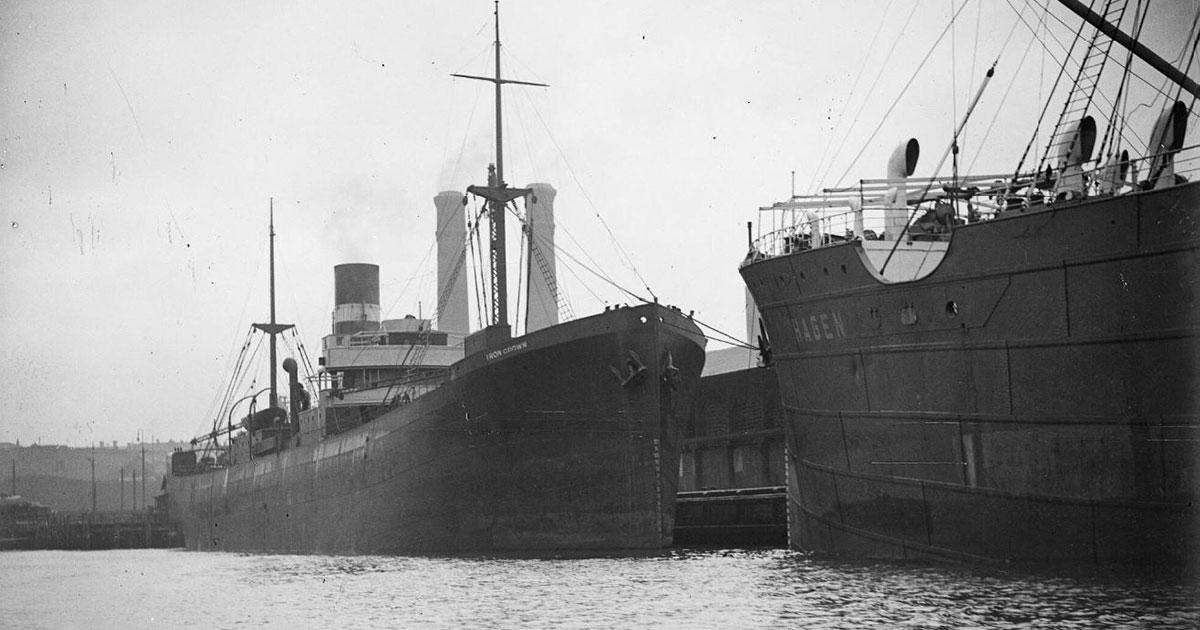 After being lost for 77 years, an Australian freighter sunk by a Japanese submarine during World War II has been located by maritime archaeologists using CSIRO research vessel Investigator.

The SS Iron Crown, a 100m long ore freighter, was sunk by a Japanese submarine on 4 June 1942 while travelling through Bass Strait with a cargo of manganese ore. The heavily loaded freighter was hit by a torpedo from the submarine and sank within 60 seconds. Peter Harvey, a maritime archaeologist with Heritage Victoria said it is one of Victoria's worst shipwrecks in terms of loss of life.

"There were 43 crew from the Australian Merchant Navy on board the ship and 38 lost their lives in the attack. Locating the wreck after 77 years of not knowing its final resting place will bring closure for relatives and family of those that were lost at sea, as well as for Australia's maritime community." 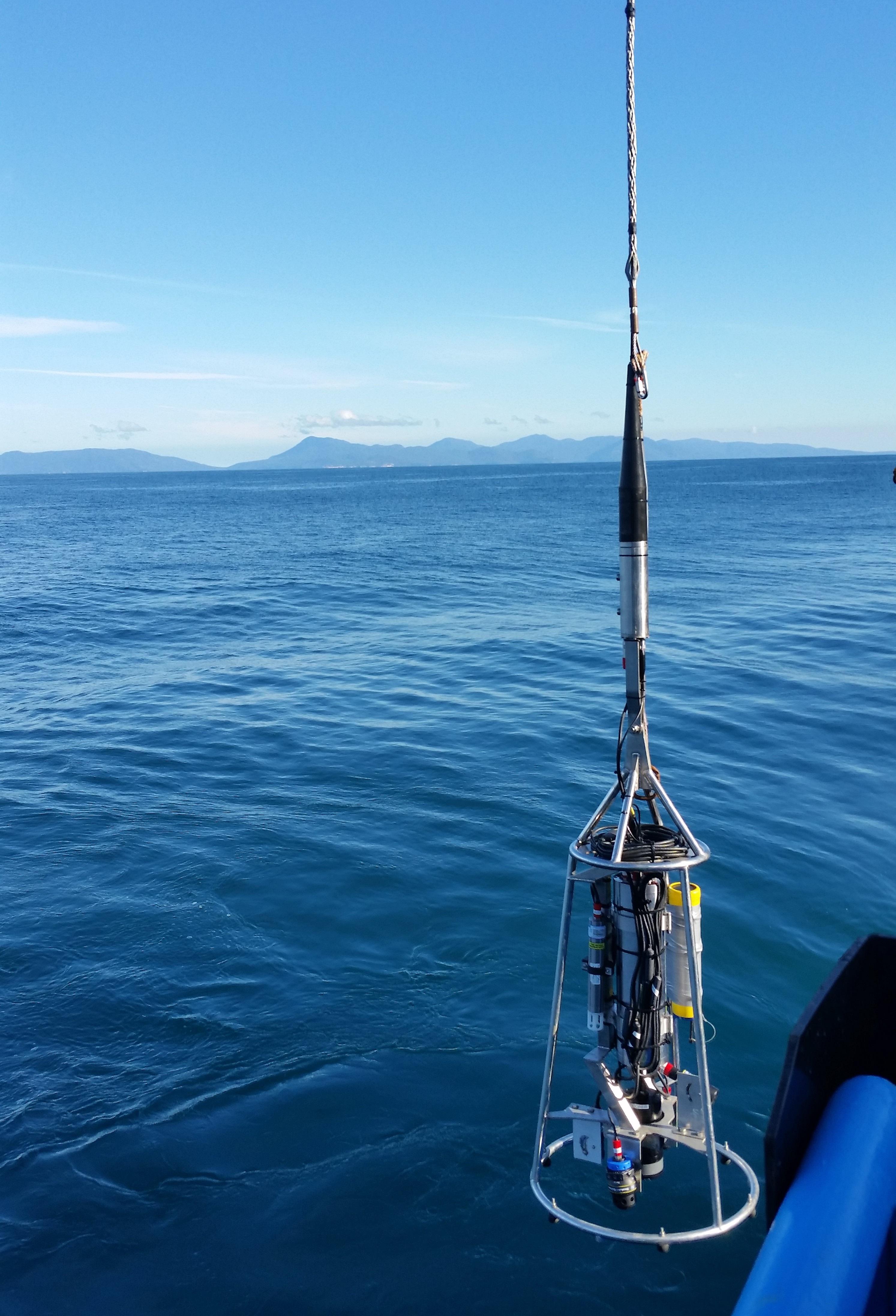 Iron Crown was located using multibeam sonar equipment and a special drop camera on research vessel Investigator, which returned to its home port of Hobart this morning. Voyage Chief Scientist, Emily Jateff from the Australian National Maritime Museum, led the search and said the wreck was located about 100km off the Victorian coastline south of the border with New South Wales.

"The wreck of Iron Crown appears to be relatively intact and the ship is sitting upright on the seafloor in about 700m of water," Ms. Jateff said. 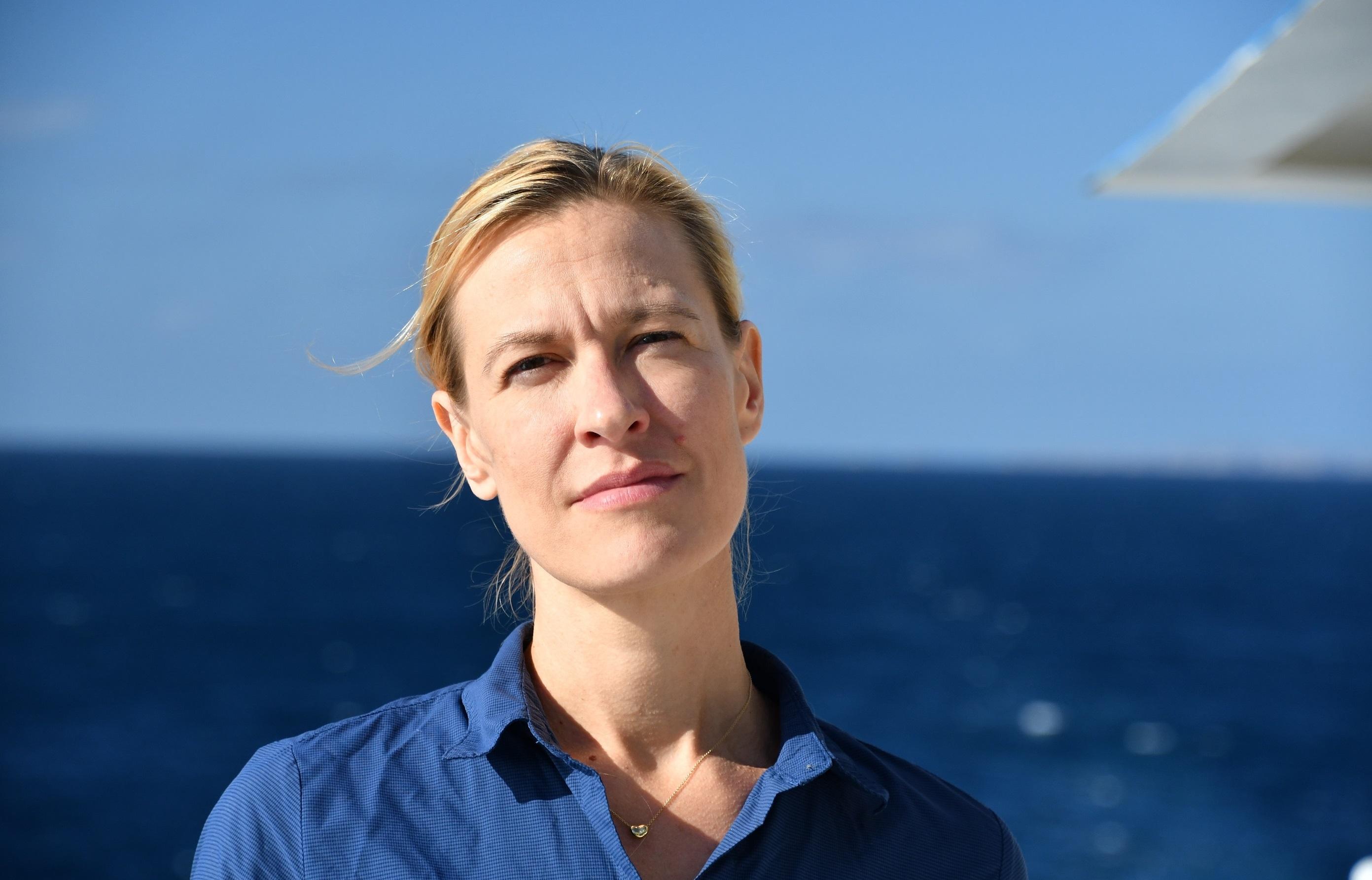 "We have mapped the site and surrounding seafloor using sonar but have also taken a lot of close up vision of the ship structure using a drop camera. This will allow us to create a composite image of the whole site to assist in follow up surveys for its conservation and management."

Imagery from the camera survey clearly shows the intact bow of the ship, with railings, anchor chains and both anchors still in position, as well as other structures on the deck.

Ms. Jateff said that it was an exciting but solemn moment for all on board when they realized that the wreck had been located. 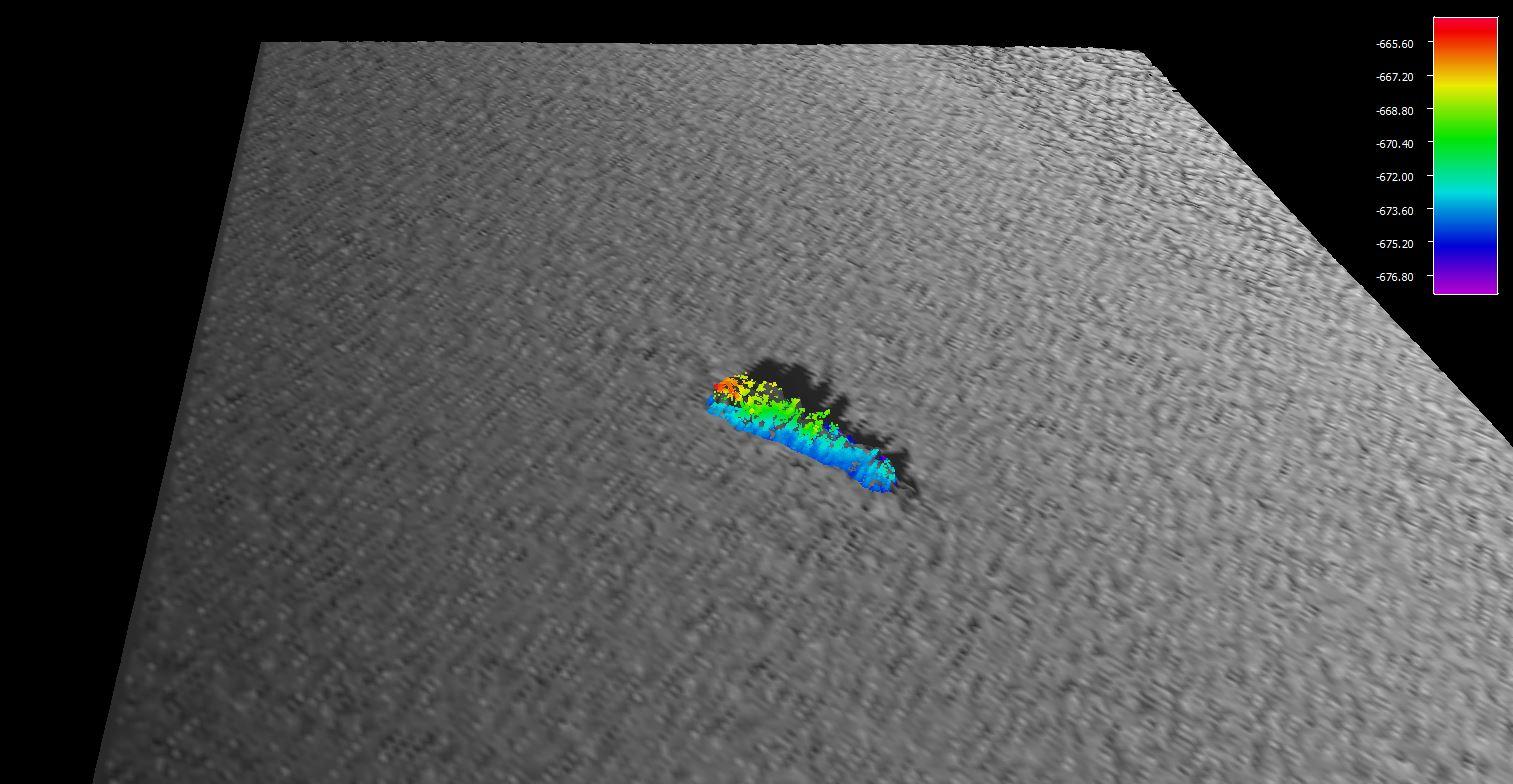 "This is an important discovery for Australia and all on board feel honored to have been involved in this successful search," Ms. Jateff said.

"The fact that so many lives were lost in the sinking of Iron Crown was something that hit home with all scientists, staff and ship crew working on board Investigator."

Identifying the location of the wreck has also involved many hours of prior survey work from volunteers of the Maritime Archaeology Association of Victoria.

The discovery of Iron Crown is an event of national significance and has been reported to the Victorian and Australian Governments. A memorial service will be planned for the site. 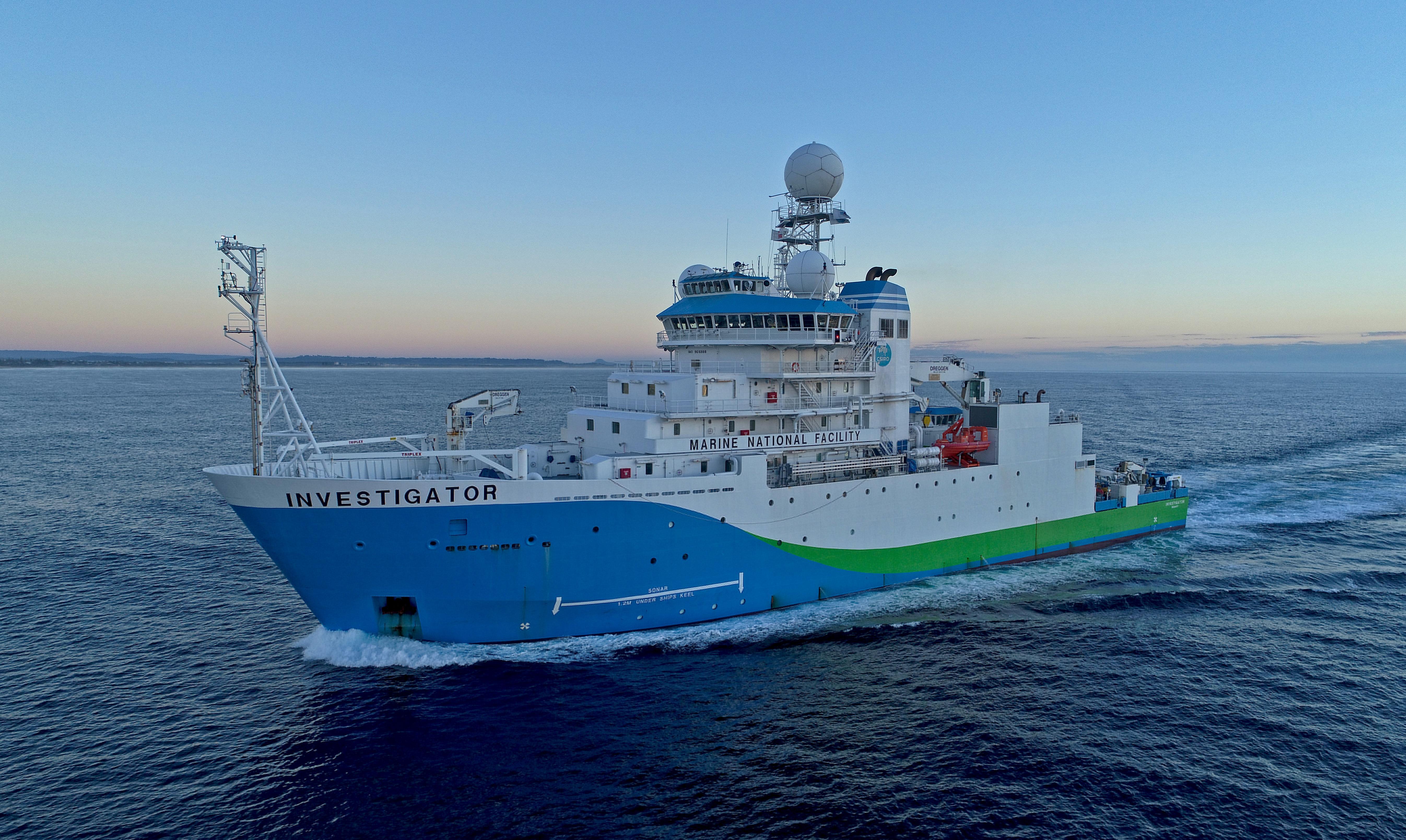 CSIRO research vessel Investigator has discovered a number of historic shipwrecks in recent years, including solving a 74-year mystery in 2017 when it located the wreck of SS Macumba, an Australian merchant ship sunk in World War II during a Japanese air attack in Northern Territory waters.

The latest discovery comes as part of a whole-of-government approach to seafloor mapping and surveying involving various national and state maritime agencies, as well as the Australian Hydrographic Office. This program aims to assist in improving maritime charts for safe navigation in Australian waters and improve knowledge of Australia's maritime history. All historic shipwrecks (shipwrecks greater than 75 years old) in Australian waters and any relics or artefacts from those wrecks are protected under the Historic Shipwrecks Act 1976.