New NOAA Ocean Exploration Ship to be Based in Newport, Rhode Island 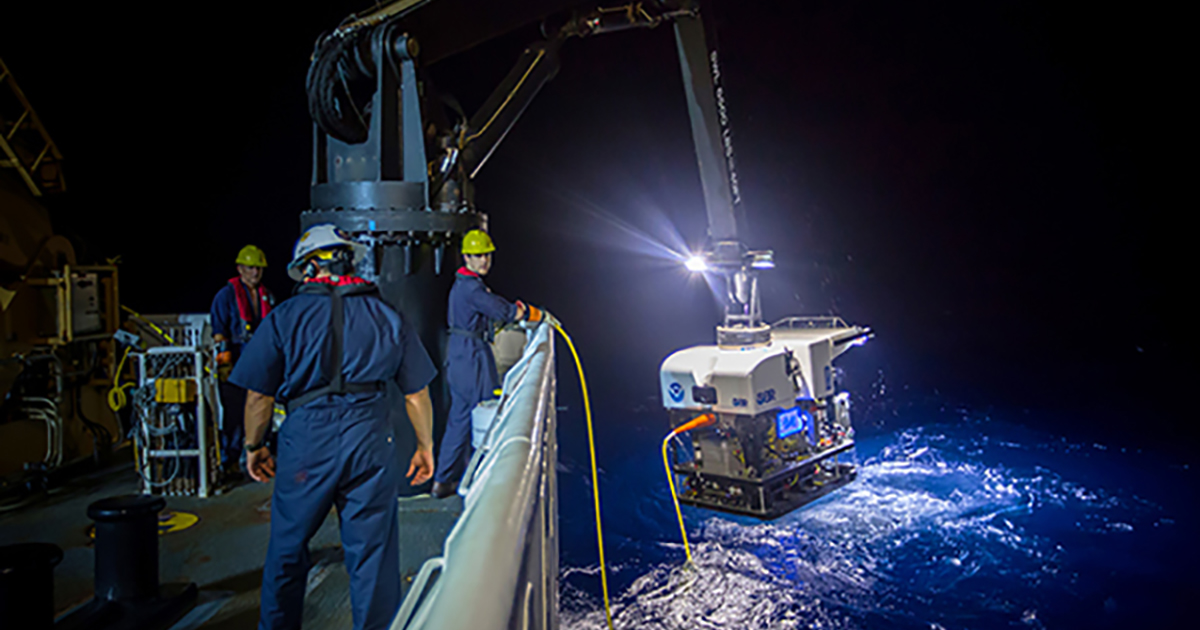 Newport, Rhode Island has been chosen as the future homeport for a new NOAA oceanographic research vessel being built for the agency. Discoverer will be a state-of-the-art ship that operates around the nation and the world to study and explore the ocean.

“Discoverer will be one of the world’s most advanced research vessels,” said Rear Adm. Nancy Hann, deputy director for operations for NOAA’s Office of Marine and Aviation Operations (OMAO) and deputy director of the NOAA Commissioned Officer Corps. “From its Rhode Island homeport, this ship will shed new light on unexplored areas of the ocean with the promise of bringing us many exciting discoveries.”

When commissioned, Discoverer will replace the 32-year-old Newport, R.I.-based NOAA Ship Okeanos Explorer as the only federal vessel dedicated to ocean exploration. The new ship will join NOAA Ship Henry B. Bigelow, a fisheries survey vessel also based in Newport, at a NOAA marine support facility soon to be built at Naval Station Newport.

Discoverer will also support the many strong partnerships that NOAA has in Rhode Island and around the nation that promote ocean exploration, research and the development of new technologies.

The timeline for Discoverer’s arrival will depend on construction progress on the new ship. The retirement date of Okeanos Explorer will be based on that aging ship’s condition when Discoverercomes online.

The other new ship being built for NOAA, Oceanographer, will be homeported in Honolulu, as previously announced. The U.S. Navy awarded a contract on Dec. 31, 2020, to Thoma-Sea Marine Constructors LLC of Houma, Louisiana, for the detailed design and construction of this new class of NOAA vessels. The new ships will operate with a crew of 20 and will accommodate up to 28 scientists.

The NOAA ship fleet is operated, managed and maintained by OMAO. NOAA ships are operated by NOAA Corps officers and civilian professional mariners.