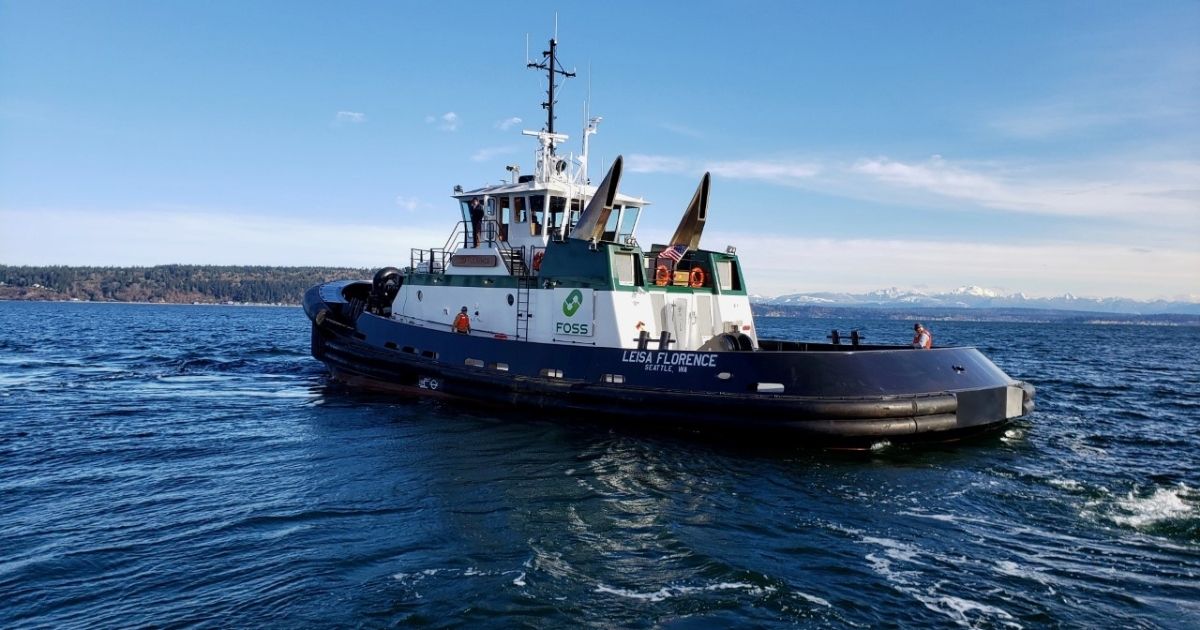 Foss Maritime, a leading maritime transportation and logistics provider based in Seattle, has selected Sea Machines Robotics’SM300 autonomous-command and -control system for use aboard its tugboat Rachael Allen, the fourth of several new ASD-90 tugs under construction at Nichols Brothers Boat Builders, in Freeland, Wash.

Delivering in May 2021, the newly built 90-ton bollard pull Rachael Allen will be the first U.S.-Flag harbor tug to integrate autonomous systems in real-world commercial operations. The project also marks Sea Machines’ first installation of an autonomy system on a vessel over 5,000hp. Once delivered, the tugboat will be deployed to Foss Maritime in California, where it will provide tanker escort and ship assists for Foss Maritime’s customers.

Across all industries, autonomous technologies streamline manual, repetitive and tedious tasks, allowing personnel to focus on higher-level operations with reduced risk. Specific SM300 capabilities include transit autonomy, as well as remote access of the tugboat’s on-board machinery – a feature that allows personnel to manage and support operations from anywhere on board the vessel or from shore. Navigation obstacle detection and avoidance capabilities come standard with the SM300, further reducing risk for crew during at-sea operations.

While the Rachael Allen will be delivered with the SM300 and supporting hardware fully integrated into the vessel, the capability of the technology will be activated in stepped phases over the course of six to nine months to ensure full visibility and acceptance from all operational stakeholders.

Capitalizing on Sea Machines’ remote command and control capabilities, Foss will use their existing Fleet Monitoring Center personnel to monitor the tugboat’s systems and operating domain via streaming video and sensor data. By having an extra set of eyes and hands with access to vessel command and control, the Sea Machines system allows Foss and the crew of the Rachael Allen to maximize productive time, safety and crew welfare.

“Foss is leveraging Sea Machines’ cutting-edge technology to take on the routine work and allow crew to focus on higher-level tasks and improve safety, while also increasing productivity and efficiency during harbor operations,” said Foss’ Will Roberts, President and CEO. “Foss prides itself on always offering customers safe and innovative solutions, and this is one more way that we are delivering on that promise.”

“We are pleased that Foss is leveraging Sea Machines’ proven autonomy systems on their newest boat for routine harbor operations. And while our space has seen a number of government-innovation backed prototype initiatives for autonomous tugs in Europe, Japan and Singapore, it’s notable that Foss is launching the first commercially funded project in U.S. waters. Our technology has been in use aboard commercial vessels around the world for nearly three years and is backed up by thousands of hours of testing and validation. This is yet another real-world example of how Sea Machines autonomy is reshaping the way work is being done by vessel crews on the water,” said Sea Machines’ Michael G. Johnson, founder and CEO. “We are dedicated to our oceans and ensuring that our systems are accessible to and affordable for FOSS, and other marine operators.”

This collaboration is not the first for the two companies. In 2020, Sea Machines and Foss teamed up in support of the company’s multi-year Other Transaction (OT) agreement by the U.S. Department of Defense (DOD)’s Defense Innovation Unit (DIU). During an October DIU demonstration in Tacoma, Sea Machines and Foss outfitted a remotely commanded deck barge to land helicopters and host a scaled fueling station for aircraft, surface vessels and shore replenishment. Using the SM300, shoreside operators had remote situational awareness and were able to demonstrate the capabilities of remote command and control of the vessel, her operating systems and flight deck in a live marine environment.

Rachael Allen is outfitted with two MTU Tier 4 engines, producing 6,866 horsepower – enough to escort the largest tankers and container ships calling the U.S. West Coast ports that it will serve. Towing equipment consists of a Markey DEPGF-52R winch with 750 feet of 10-inch synthetic line on the bow and a Markey DEPC-32 stern winch with 250 feet of 6.5-inch circumference line on the stern.