How Two Sisters Turned a Yacht into an Affordable Research Vessel 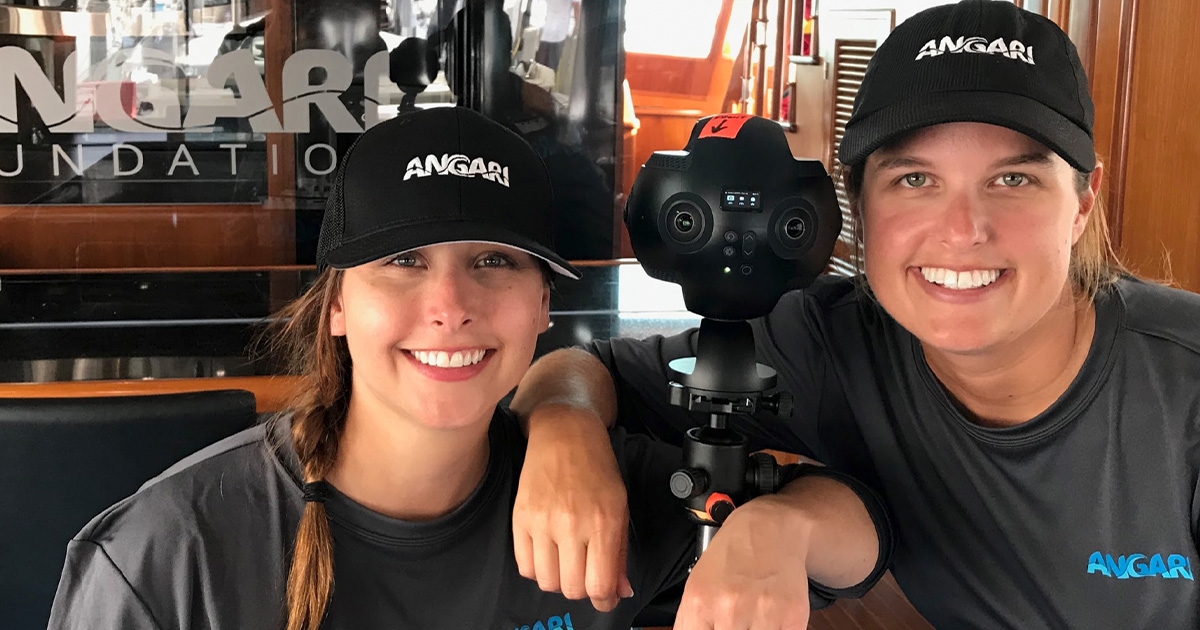 In the name of science, sisters Angela and Kari Rosenberg turned a luxury yacht into a 65-foot research vessel in West Palm Beach, FL. The R/V ANGARI is part of the Rosenbergs’ ANGARI Foundation and was created to help marine scientists conduct more affordable research.

After growing up on the water exploring the Atlantic Ocean and obtaining a master’s degree in marine science at the University of Miami, Angela founded the ANGARI Foundation with her sister Kari in 2016. While working at another nonprofit, Angela saw the need for discount expeditions and made that a part of ANGARI’s mission. Both sisters are certified divers and hold captain’s licenses.

ANGARI’s goal is to develop a global community of supporters who are interested, knowledgeable, and invested in marine and environmental sciences. By supporting direct research initiatives, the Foundation hopes to increase the public’s trust in scientists. The Foundation uses innovative technology, film, and other media to raise awareness in the scientific community and to strengthen science education.

The R/V ANGARI has three staterooms and two bathrooms with a fully equipped galley, washer and dryer, and DirectTV. The vessel is small enough to maneuver close to shore for shallow-water research experiments. Angela found the boat in Fort Lauderdale and spent about $1 million to purchase it and retrofit it with underwater lights and cameras, a 1,500-pound capacity crane, and a 500-pound capacity winch.

Since ANGARI’s inception, the Foundation has participated in more than 50 research expeditions, including acting as a support vehicle for a Discovery Channel film crew working on a Shark Week special, helping U.S. Geological Survey scientists study sea turtles in Everglades National Park, helping The Manta Project create the first-ever 3D model of a manta ray, and ferrying the University of South Florida’s Oceanography Camp for Girls on three-day trips offshore of Tampa Bay.