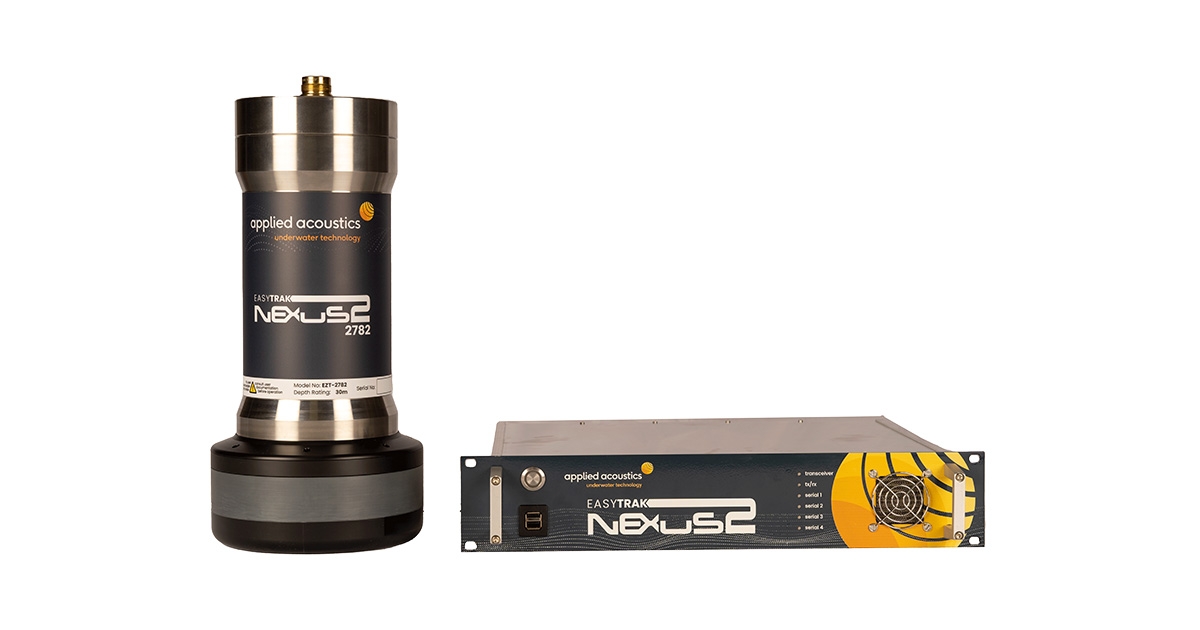 The Pyxis system is free of acoustic calibration and can operate without the need of external GPS or Gyro compass, reducing mobilization time and alignment errors. 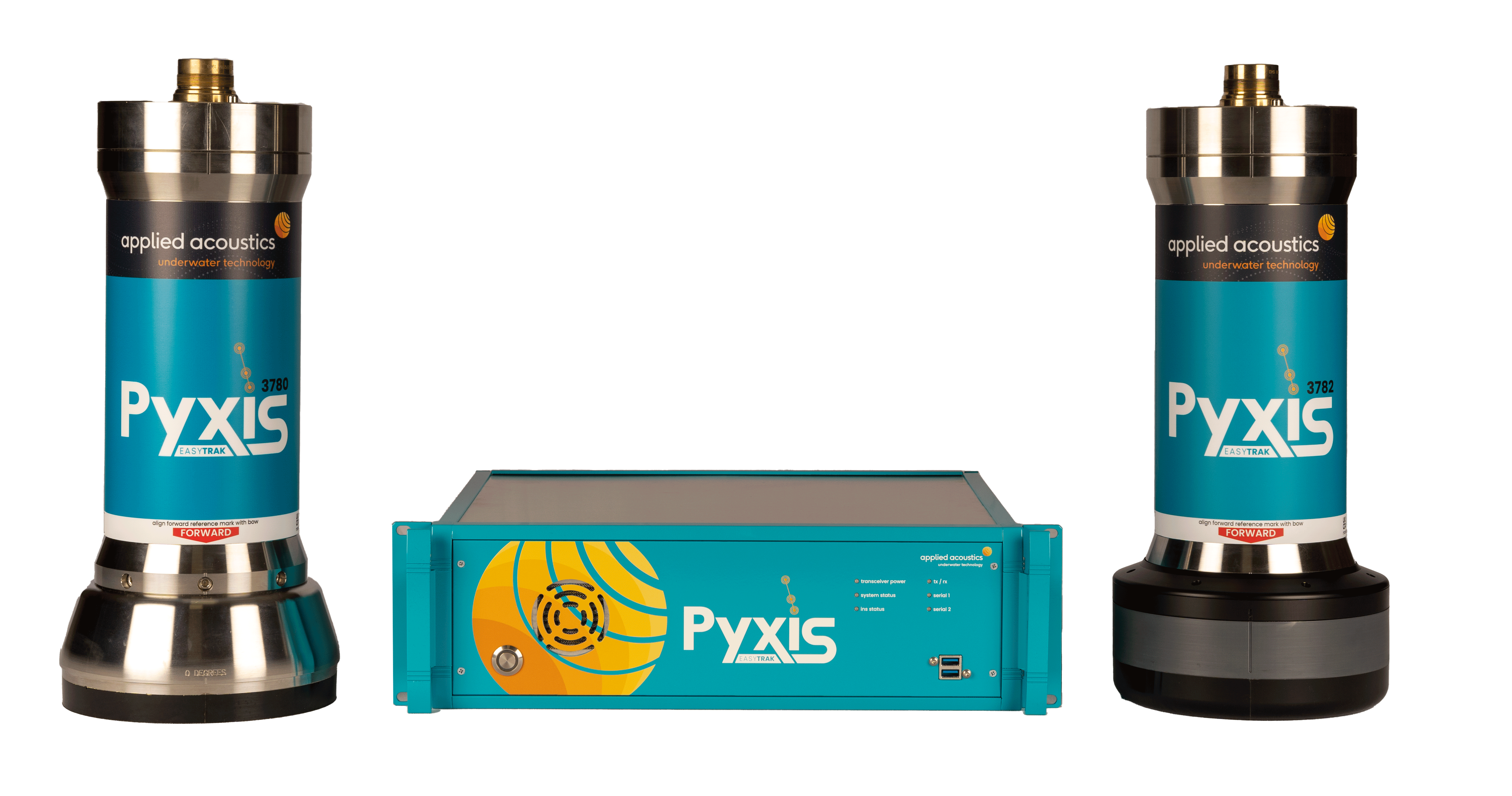 The Alpha system now has an upgraded 904C transceiver which has a rugged stainless housing and is smaller than the 903C predecessor. The compact form not only allows for less motion in free hanging applications which can improve the accuracy, but it can be deployed by a single person and transported easily making the 904C ideal for small ROV or diver tracking and mobilising on smaller vessels of opportunity. The 904C power supply and receivers have been redesigned, reducing noise and improving the detection of target signals which improves the repeatability of position. A new, more accurate compass allows for the compensation of motion to improve the accuracy when using the 904C standalone without external sensors.

Easytrak Nexus 2 Lite incorporates Sigma 2 Spread Spectrum technology to provide a secure acoustic link. By incorporating Sigma 2 technology, the wide bandwidth transmissions reduce the system’s susceptibility to interference. This provides users with an accurate and stable position which is easy and intuitive to operate. A geo-referenced graphical overlay can be offered as an optional extra, which is typically used when operating near shore or surrounding structures like wind farms. 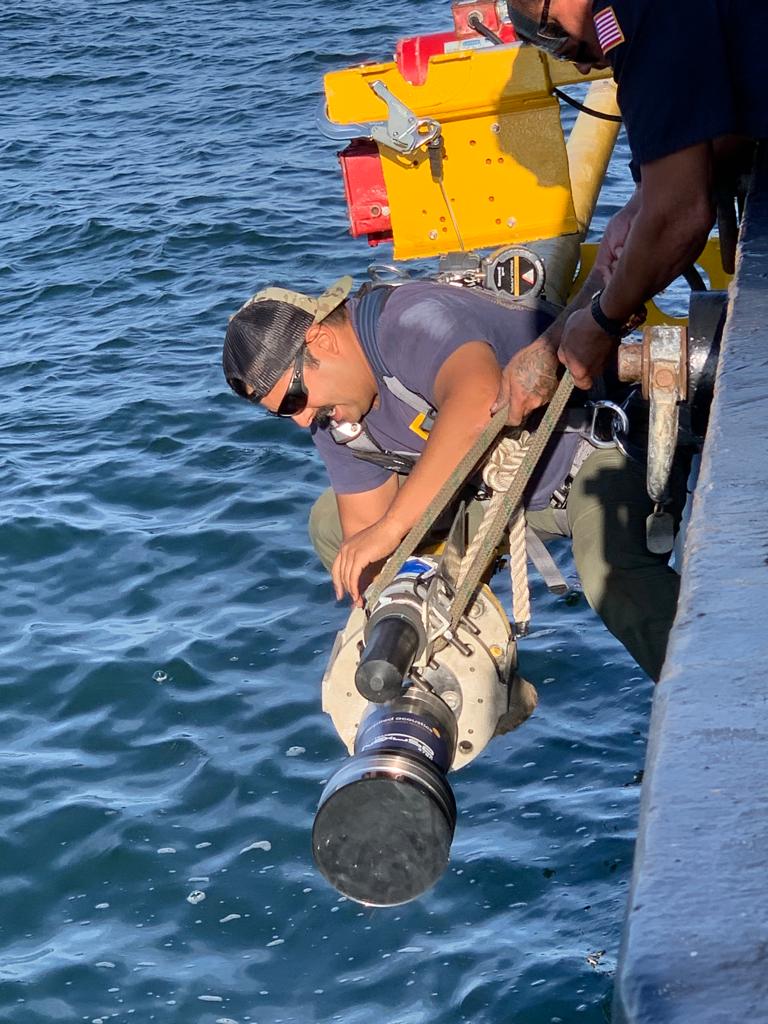 Paul Griffiths, Business Development Manager for Acoustic Positioning at applied acoustics said “Early signs are very exciting, as these products have now gone to market, and many of our customers are reporting back on the impact the improvements have made to their results. Launching Pyxis alongside these other improvements has been a long time in the making, and our engineers have been working tirelessly to keep our USBL range easy to use, reliable and with a range of options to suit different applications and budgets.”

An introduction to aae technologies, pioneers in subsea and hydro-acoustic technology, providing specialist subsea technology and services across a range of industries.

aae technologies ltd is an independent cluster of engineering companies based in Great Yarmouth that designs, manufactures and maintains highly technical products and equipment used in the subsea environment and wider marine industries.

The company was founded as applied acoustics in 1989, headed by chairman and CEO, Adam Darling.

applied acoustics has twice been awarded the Queen’s Award for Enterprise in the International Trade category, in recognition of its technical innovation and export success.