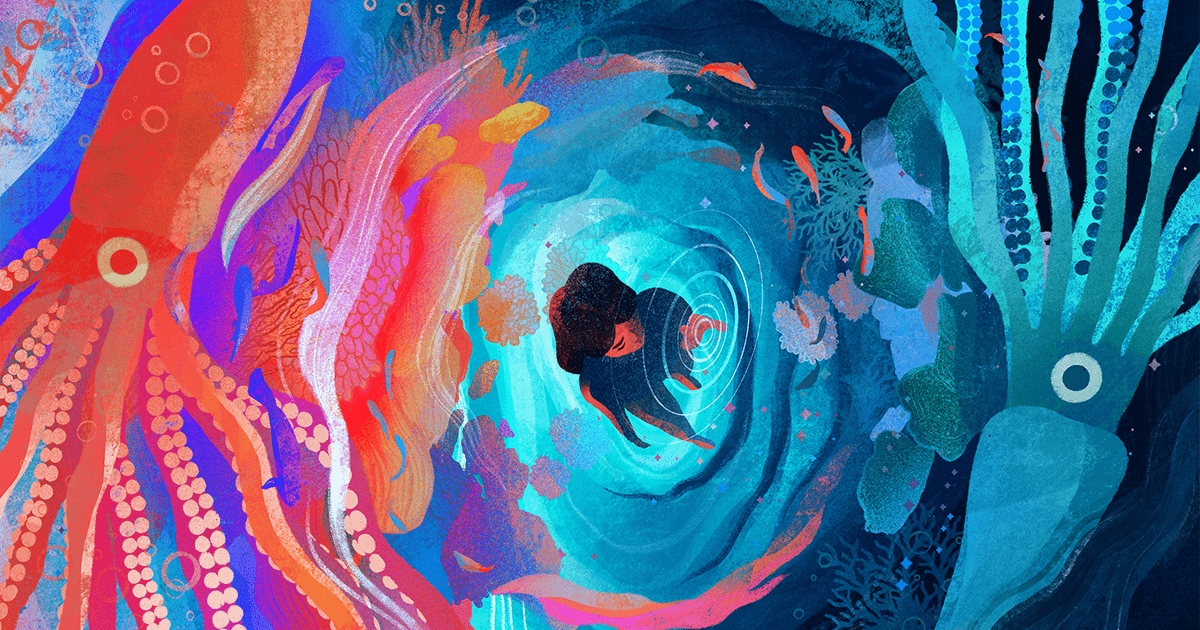 “Captain’s log: Friday, 7 June 2019. XPRIXE launches a new fiction anthology. The back cover indicates that it features original short stories set in a future when technology has helped unlock the secrets of the ocean. From browsing the contents, it appears to be some kind of must-read for terrestrial humanoids. Will inform the crew.”

In honor of World Oceans Day, XPRIZE has partnered with 18 sci-fi authors and 18 artists to create an anthology called Current Futures, as part of a series that represents a “deep dive” into how some of today’s most promising innovations might positively impact the ocean in the future. The series is meant to remind us about the mystery and majesty of the ocean, and the critical need for discovery and stewardship.

With contributions from all seven continents (including a short story written while on an Antarctic expedition), writers explored a diversity of topics including: neural implants to allow humans to communicate with dolphins via mind pictures, devices that absorb oil in the water to 3D print reproductions of themselves, man-made islands built to withstand hurricanes, technologies to rebuild coral reefs, and more.

To learn more about this latest anthology, visit xprize.org/oceanstories.