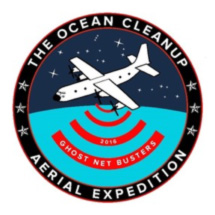 A press conference will be held to discuss The Ocean Cleanup’s latest and final major research mission before the actual cleanup starts: the Aerial Expedition.

From September 26-October 7, the organization will conduct two low-speed, low-altitude reconnaissance flights from Moffett Airfield in its modified C-130 Hercules aircraft to examine and measure the most harmful debris in the Great Pacific Garbage Patch: the so-called ghost nets. Using high-tech sensors and expert spotters, the expedition is the first-ever aerial survey of an ocean garbage patch.

The initial results on the quantity and amount of ghost nets encountered will be presented, and the consequences of these to the oceans will be discussed. This is the last remaining missing link of the plastic problem after last year’s Mega Expedition in which a fleet of 30 vessels produced the first high-resolution map of the Great Pacific Garbage Patch.

The Ocean Cleanup’s founder and CEO, Boyan Slat, will speak about the Aerial Expedition’s preliminary results and the project’s next steps. This expedition has been made possible through many generous donations, including major funding from well-known Silicon Valley entrepreneurs, whose statements will be shared at the press conference.

The Ocean Cleanup develops advanced technologies to rid the world’s oceans of plastic. Every year, millions of tons of plastic enter the oceans severely damaging ecosystems and economies, even affecting the food chain. Plastic accumulates in five circulation currents called “gyres,” the largest one being the Great Pacific Garbage Patch, halfway between Hawaii and California. Instead of going after plastic debris with vessels and nets – which would take many thousands of years and billions of dollars to complete – The Ocean Cleanup is developing a passive network of extremely long floating barriers that will remain stationary in the water, enabling the ocean to concentrate the plastic using its own currents.

In preparation for full deployment in 2020, The Ocean Cleanup in the summer of 2015 organized the Mega Expedition, in which 30 vessels crossed the Great Pacific Garbage Patch simultaneously to produce the first high-resolution map of the plastic pollution problem. The Mega Expedition was the largest ocean research expedition in history. Now, the Aerial Expedition will inspect an estimated 6000 km2 – more than 300 times the area explored last year. The next milestone for The Ocean Cleanup after the Aerial Expedition will be its Pacific Pilot, which is foreseen to be launched in the second half of 2017.