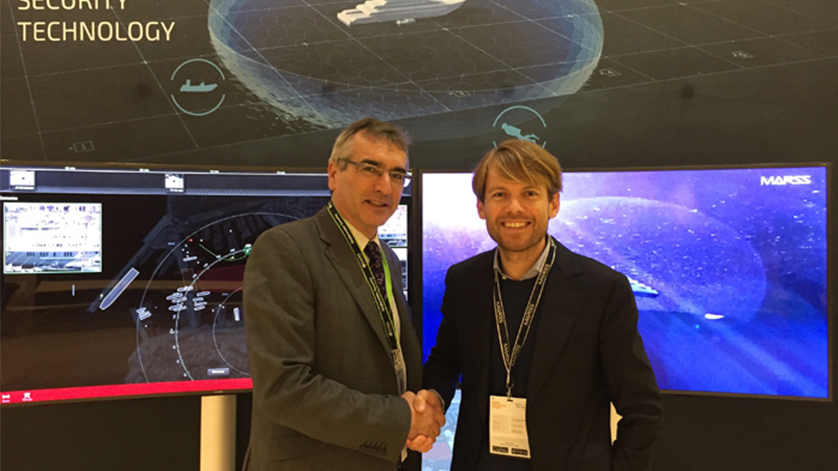 Underwater technology company, Sonardyne International Ltd, has appointed MARSS Group as a non-exclusive reseller and integrator of its maritime security products. The deal was announced at the METSTRADE exhibition in Amsterdam where both companies are attending the Global Superyacht Forum.

Under the terms of the new agreement announced this week, MARSS will supply, support and integrate Sonardyne’s market-leading intruder detection sonar, Sentinel; forward-looking obstacle avoidance sonar, NOAS; together with related underwater technologies in territories including; Europe, the Middle East and South-East Asia.

Speaking at METSTRADE, Nick Swift, Business Development for Sonardyne said that in recent years the two companies have collaborated on numerous maritime security projects around the world and the new arrangement is built on that success. He added, “Our most recent project together was undertaken this summer and involved supporting MARSS during the commissioning of our collision avoidance sonar on a new 120 meter-plus private vessel – technology that we’re here this week in Amsterdam talking to the superyacht community about.”

Johannes Pinl, founder of MARSS Group said, “We’re delighted to cement our relationship with Sonardyne by joining their network of resellers and agents. The integration of Sonardyne sensors within our NiDAR system enables us to offer our clients the most advanced underwater surveillance and navigational aids to deliver a complete air, surface and underwater security shield for the protection of high value assets.”