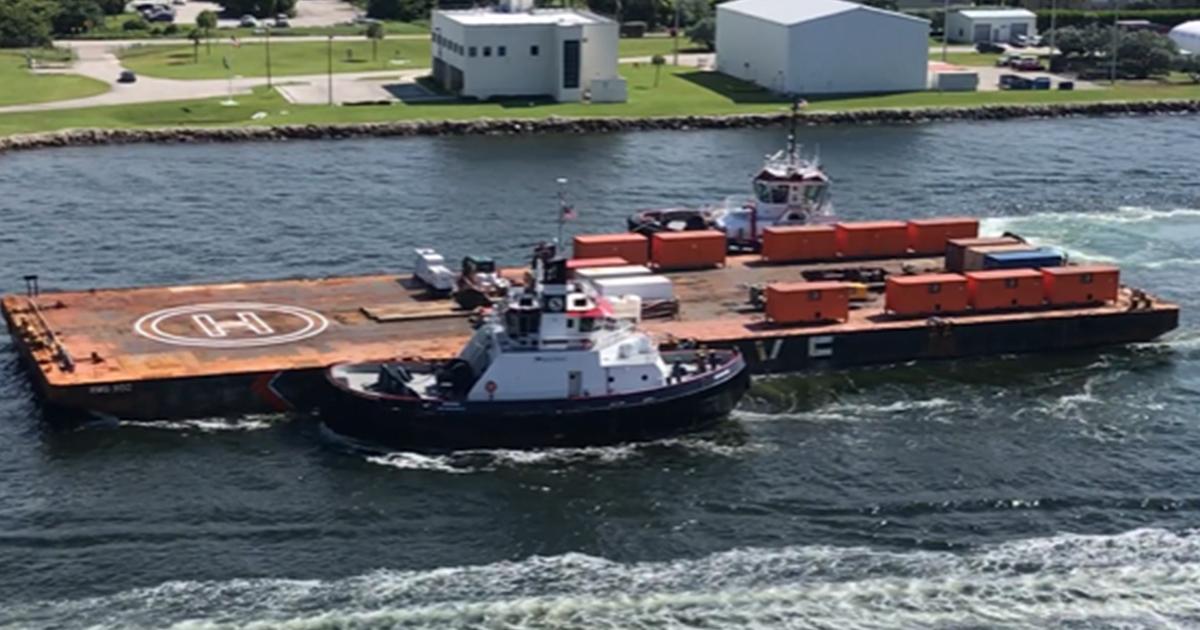 As follow up to the Resolve Marine Group’s immediate Hurricane Dorian relief response, Resolve has assembled and launched a critical response barge transporting a water purifying plant to Freeport which can produce 5,000 gallons of potable water daily.

The plant system, consisting of three reverse osmosis water purifiers and all support systems, left Port Everglades and arrived in the surveyed and cleared Freeport Harbor where Resolve Maritime Group is planning assembly operations that will deliver potable water to the impacted Bahama islands. Once fully operational, the water plant’s distribution process will reduce the reliance on water in plastic bottles lessening waste throughout the Bahamas.

The ability to send the relief barge directly to the Freeport harbor is a result of the Resolve Marine Group’s dedicated 24-hour Hurricane Dorian response team, which identified the impacted area’s immediate and potential needs. While Dorian was still active, Resolve Marine Group and their response partners activated a vessel and hydrographic survey team.

In the Bahamas, the hydrographic survey team immediately conducted a survey of Freeport Harbor in a critical effort to clear the harbor’s entrance for other relief and emergency response vessels. In addition, Resolve deployed a drone and helicopter aerial survey team to assess critical infrastructure needs and provide impact documentation to clients, partners and governmental agencies. The resulting hydrographic and aerial surveys enabled the Port of Freeport to reopen for emergency traffic quickly once Hurricane Dorian had cleared the area.

“We have been through so many of these disasters being one of the first teams to respond; therefore, we did not need to wait for the calls for help, we knew what to expect,” said Joe Farrell, Jr President/CEO Resolve Marine Group, “We began immediate response planning knowing that our smallest actions would alleviate the suffering of many. The Resolve Marine Group and Mission Resolve have been fortunate to have so many private partners and assets reach out to us as we move forward in the Bahamas’ recovery.”