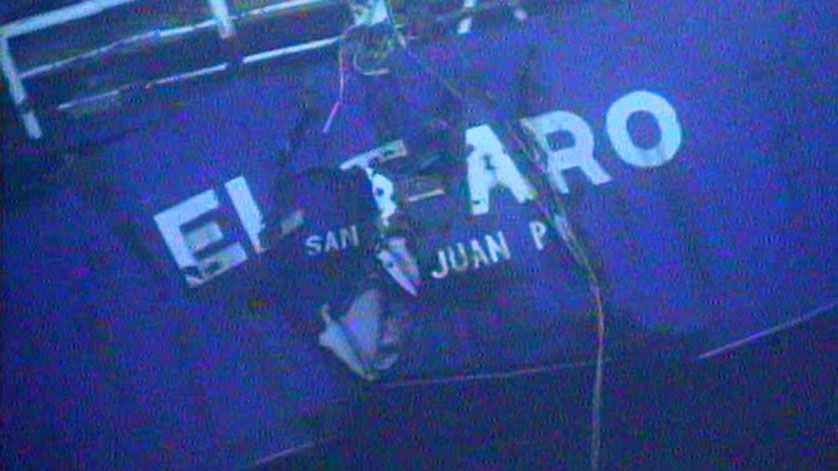 On October 1, 2015, the 790-foot cargo ship El Faro sank near the Bahamas during Hurricane Joaquin. All 33 crew members died in the tragedy. The ship was equipped with a voyage data recorder, or VDR, that could reveal clues to understand what happened, but it was lost in the depths.

The VDR was mounted on the mast on the ship’s navigation bridge. A search expedition mounted in October located the wreck and discovered that the bridge had separated from the hull. Days later, when the search team located the bridge, the mast and the VDR were not on it. In April 2016, the National Transportation and Safety Board (NTSB) asked for help from Woods Hole Oceanographic Institution, calling in two deep-sea vehicles WHOI operates for scientific research.

Aboard the WHOI-operated research vessel Atlantis, a coordinated team of scientists and engineers from WHOI, NTSB, and the Coast Guard deployed Sentry, a WHOI autonomous deep-sea vehicle equipped with a variety of sensors, sonars, and cameras to survey the search area—creating detailed maps of the seafloor and capturing high-resolution imagery to identify potential targets to home in on the VDR. 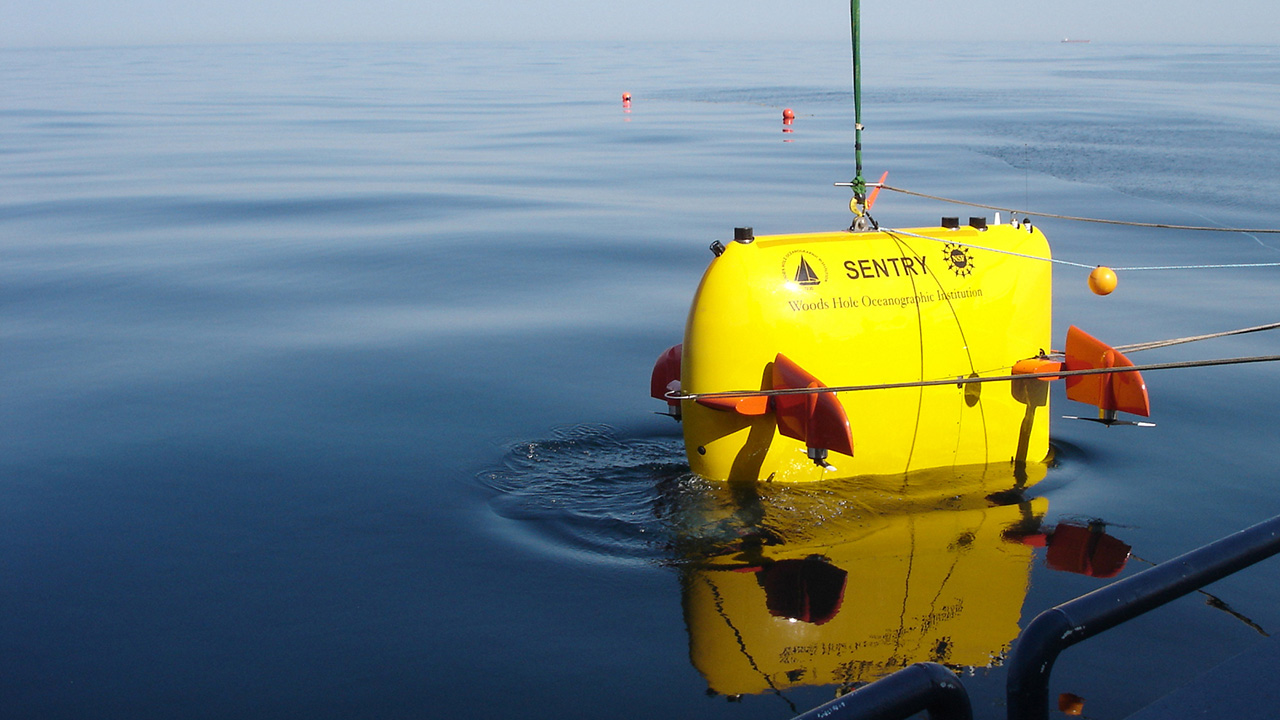 The team then deployed a device called the Observation Vehicle, which is tethered to a fiber-optic cable that allowed pilots aboard Atlantis to control the vehicle’s position over targets of interest selected from maps generated by Sentry. The cable transmitted real-time imagery from two high-definition color video cameras to the search team.

At about 2 a.m. on April 26, the team found the VDR at a depth of 15,000 feet, 36 nautical miles northeast of Acklins and Crooked Islands, Bahamas. The investigative team determined that because of the VDR’s proximity to the mast and other obstructions, it could not accomplish recovery of the VDR with the equipment available on the ship.

“Finding an object about the size of a basketball almost three miles under the surface of the sea is a remarkable achievement,” said NTSB Chairman Christopher A. Hart.

The VDR was successfully recovered from the ocean floor on August 8, 2016. It contained about 26 hours of information, including audio from the bridge, navigational data, onboard radar images, and wind data. In mid-December, the transcript from the audio from the VDR was added to the NTSB’s El Faro investigation docket as part of the agency’s ongoing investigation into the tragedy. The NTSB says it considers the information captured in the VDR’s bridge audio recording critical to determining the events leading up to the loss of the El Faro.

“We are extremely pleased to have assisted the NTSB in locating the VDR through the use of our advanced undersea robotic tools,” said Andy Bowen, the WHOI expedition leader onboard Atlantis. “We hope that what is learned from the VDR and the examination of the wreckage will help NTSB learn more about how El Faro and her crew were lost and perhaps provide some resolution for the crew’s families and friends.”

“Sentry and the Observation Vehicle were designed for oceanographic research with funds from the National Science Foundation, but they’re also well-suited for the task of ocean search and recovery,” said Adam Soule, chief scientist for the National Deep Submergence Facility at WHOI. “These techniques have been honed during scientific expeditions over many years supported by federal agencies. This is a tremendous example of the unanticipated use of basic research that can be applied to help benefit society.”