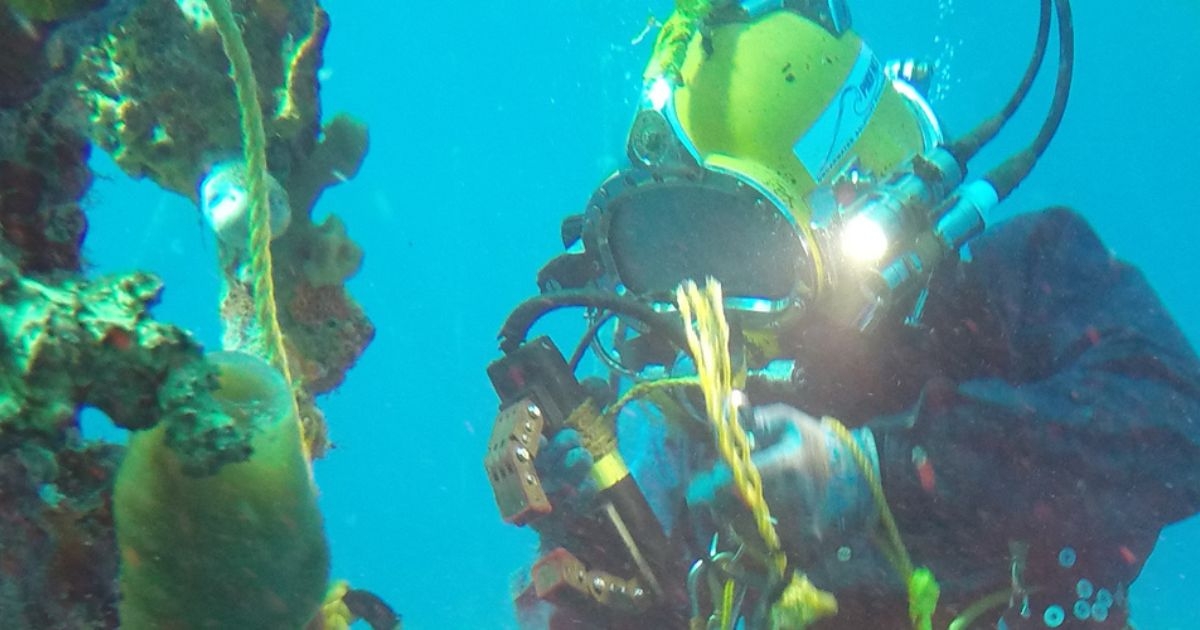 Over the past two and a half decades, Phoenix International Holdings, Inc. (Phoenix) has evolved from a nascent diving company into a full-service provider of underwater solutions. From the surface to 6,000 meters and at all depths in between, Phoenix has provided technically sound, cost-effective, safe solutions to our clients’ most challenging problems.

Since the inception, Phoenix has successfully completed many demanding, high-profile projects, including finding components of Air France Flight 447, the space shuttle Columbia, and SS El Faro, multiple ROV dives into the wreck of RMS TITANIC, and ROV film documentation of drill deck control configuration on sunken semi-submersible Deepwater Horizon. Some recent accomplishments are highlighted in the following paragraphs.

In 2017, under tasking from the U.S. Navy Supervisor of Salvage and Diving (SUPSALV), Phoenix completed emergent repairs to the USS Fitzgerald in Japan and the USS John S. McCain in Singapore after their respective collisions. In response to these tragic accidents, Phoenix welder-divers mobilized to Yokosuka, Japan to repair USS Fitzgerald’s extensively damaged starboard side. 377 hours of bottom time and 378 linear feet of weld were used to install doubler-plates, flat-bar and T-beam stiffeners. Upon completion of this successful operation, the Phoenix crew moved to Singapore and performed repairs to the port side of USS John S. McCain, depositing 250 linear feet of welds over 213 hours of bottom time.

In 2021, Phoenix, under the direction of SUPSALV, located and recovered the fuselage of a downed MH-60S Seahawk helicopter in the Pacific Ocean near Okinawa, Japan, from a record-setting depth of 19,075 feet. This equates to 3.6 miles beneath the sea and is 266 feet deeper than the previous salvage record, also set by Phoenix and SUPSALV, in 2019. The helicopter was located in March 2020 using the U.S. Navy’s Trondheim AUV. A year later, Phoenix and SUPSALV returned to the site and recovered the aircraft using the U.S. Navy’s CURV 21 ROV and Fly Away Deep Ocean Salvage System.

This year, Phoenix and SUPSALV located and recovered a downed U.S. Navy F-35C Lightning II aircraft in the South China Sea from a depth of more than 10,000 feet. Working aboard the offshore construction vessel Picasso, the team deployed Trondheim to locate the aircraft and then CURV 21 to attach specialized rigging and lift lines with which the fighter-jet was lifted to the surface and hoisted aboard Picasso. This operation was the third successful F-35 recovery performed by Phoenix and SUPSALV in less than three years.

These projects make headlines, but Phoenix is just as proud of the many oil platform inspections, drill rig support operations, pipeline decommissionings, commercial ship repairs, underwater infrastructure improvements, and engineering design solutions that have been completed. Clients’ satisfaction is more important than world records and press accolades, and Phoenix will continue to evolve and improve to ensure the company remains the first choice for underwater solutions.

A natural component of Phoenix’s evolution is recent work in the areas of sustainable energy and environmental stewardship. Phoenix assisted with the installation of the first commercial offshore wind farm in the U.S., transplanted fragile coral to preserve an ecosystem in Hawaii, and are currently managing and performing all underwater activities related to the testing of a large offshore energy conversion device that will transform wave motion into electricity. Phoenix have mapped and sampled the deep seabed in search of the minerals that will be required to electrify transportation, and many successful stern-tube seal repairs have kept lubricants inside ships and out of the oceans.

Company President Pat Keenan stated, “Phoenix’s success over the past 25 years is a result of our employees’ energy, talent, determination, and innovation. Our team of professionals consistently rises to the challenge of safely and efficiently meeting and often exceeding the needs of our clients. While successful, we are not complacent. Through continuous enhancement of our capabilities and improvement of our skills, Phoenix will ensure that we remain the premier provider of underwater solutions worldwide for the next quarter century.”