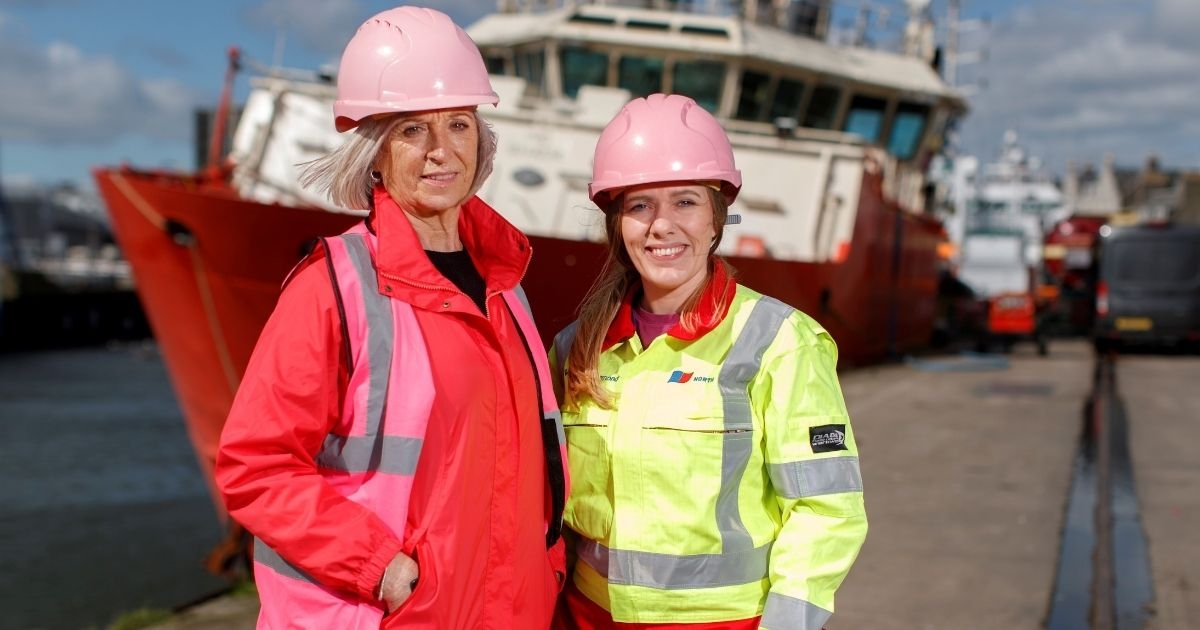 Glasgow-born Victoria Diamond follows in her grandfather’s footsteps with a career in the maritime industry. She impressed the Aberdeen-headquartered business with her skills, aptitude, and commitment to a seafaring career after completing its three-year cadetship and gaining qualifications to become a third engineer with flying colors.

Her responsibilities as an assistant superintendent include assisting other vessel superintendents to ensure all ships are operated and maintained to comply with relevant legislation and class-rule requirements. She is also tasked with arranging and supervising any repair work and the purchasing of vessel spares and stores.

North Star, which also has a base in Lowestoft and an office in Newcastle, is the country’s largest employer of offshore cadets and invests £1 million annually in their development. The program has been running for 26 years and currently has 100 people at various stages of their training at facilities around the UK including The City of Glasgow College, Fleetwood Nautical Campus at Blackpool and the Fylde College.

The salaried program consists of five alternating phases of classroom based theoretical learning as well as practical training utilizing the firm’s fleet of 47 support vessels supporting offshore installations in the UK Continental Shelf.

Offering a choice between the deck cadet path, which focuses on the development of navigational skills offshore, or the marine engineering cadet route which is aimed at those interested in vessel engine maintenance and engineering, Diamond applied for the latter in 2013 after leaving school.

As well as being continuously assessed throughout her three years of learning, Diamond also had to pass an oral exam with the Maritime and Coast Guard Agency to gain her Certificate of Competency (COC) as a third engineer.

Reflecting on her journey so far, she commented: “After growing up hearing stories of my grandfather’s time in the Merchant Navy, I was inspired to have my own career offshore. North Star’s cadetship was the perfect way to do this, with a program that really supported my learning and ensured I was getting the best education available.

“I’m absolutely thrilled to be taking on this role with such a forward thinking and supportive company, and the opportunities offered to me by the North Star crew. I’m looking forward to applying everything I’ve learnt to date, progressing further, and supporting other cadets as they come up through the ranks, especially more females. With an eye on the future, the potential to also be working on North Star’s new offshore wind fleet currently under construction is truly exciting and demonstrates the longevity and options in this career choice.”

North Star’s crewing and cadet coordinator Anne Mearns said: “Victoria is an excellent example of the many talented, dedicated and passionate seafarers and maritime professionals coming through our cadetship. We are committed to supporting the next generation and it has been wonderful seeing Victoria growing and emerging from her time as a cadet to this well-deserved position as our first female assistant superintendent. She’s an inspiration to all her peers and we wish her all the very best.”