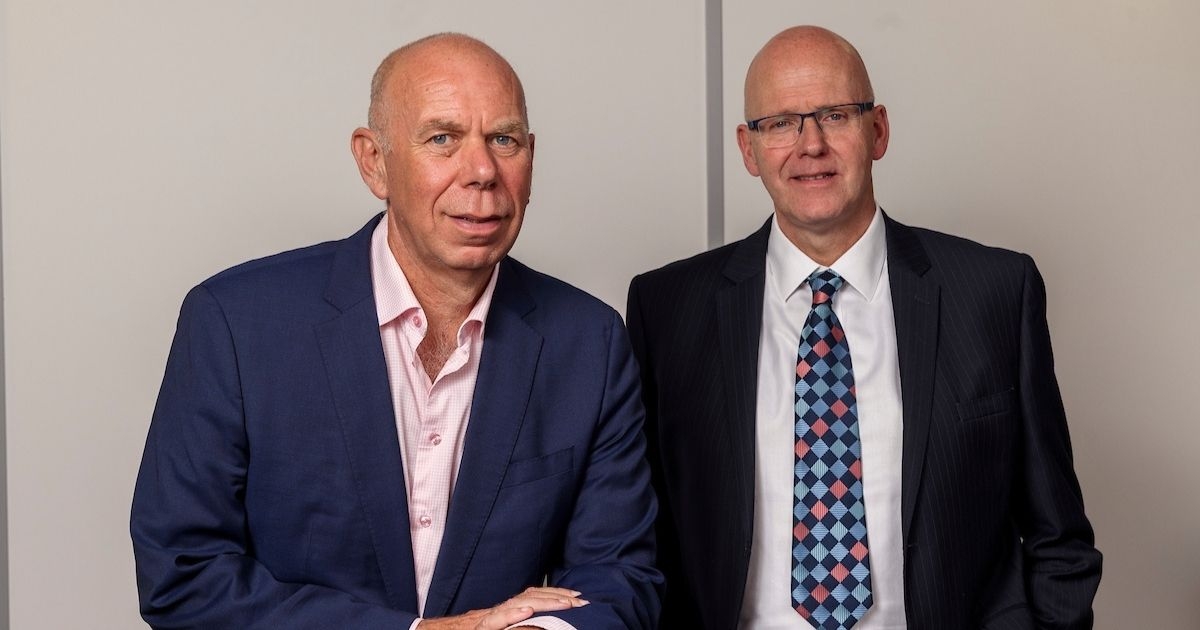 The Global Underwater Hub (GUH) has appointed members of its new board following the recent establishment of the organization.

The appointees come from a range of backgrounds across the Blue Economy including defense, aquaculture, and renewable energy sectors, and will bring an impressive array of expertise in guiding the Global Underwater Hub to deliver its strategic objectives. The ten new members will join Global Underwater Hub Chief Executive Neil Gordon and chairman Andrew Hodgson.

The new board members are:

Andrew Hodgson, who took up the role as chairman last year as industry body Subsea UK transitioned into the Global Underwater Hub, said: “We have assembled an exceptionally strong team for the Global Underwater Hub board which reflects the breadth and diversity of both the industry and regions, ensuring the new organization can deliver value and growth both here in the UK and around the world.”

Neil Gordon, Global Underwater Hub chief executive, also welcomed the new board members: “Each of these appointments bring specific sector experience, knowledge, and a shared passion for the underwater sector. I’m looking forward to working with Andrew and the GUH Board building on the underwater supply chain’s world leading position in the global Blue Economy.” 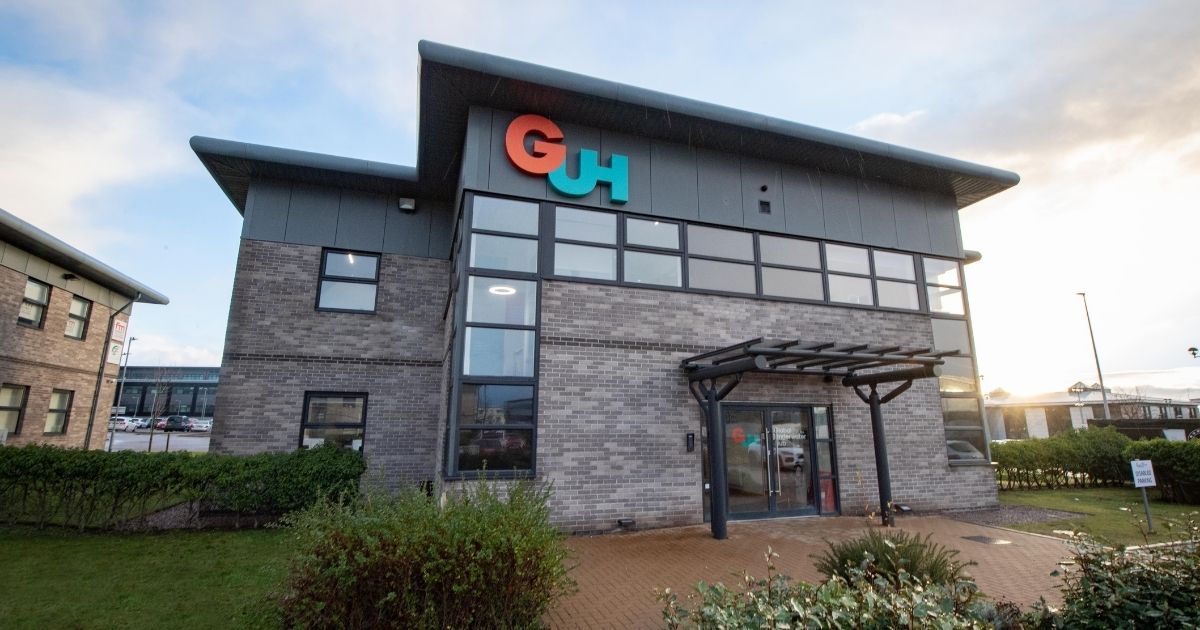 With a physical presence in Aberdeen, the Global Underwater Hub will also be joined by hubs in Newcastle and Bristol which will promote cross-sector collaboration between companies, organizations, industry bodies, technology and innovation centers, and academia across the length and breadth of the UK.

Upon taking up his new appointment, Rear Admiral Paul Halton OBE said: “I’m thrilled to be joining the Global Underwater Hub board at such a vibrant time for the sector, where I’m keen to use my 37 years of experience in the underwater environment to contribute to shaping the considerable growth opportunities for the UK as we move towards a high value, Blue Economy. There are significant benefits from industries developing this transformational technological advancement, especially in remote or autonomous maintenance techniques and operational capabilities, bringing financial and time savings, as well as better outcomes.”

Sue Barr, chair of the Marine Energy Council, commented: “I am excited and energized by the opportunity to work with the Global Underwater Hub. We have a long and celebrated heritage in the maritime sector in the UK which should be supported. With the emergence of marine energy as an industry, this is the time to work coherently on strategies which build economic growth and realize our potential. The GUH provides the network and infrastructure to help us unlock this opportunity.”

Heather Jones, SAIC chief executive, said: “Companies that operate underwater touch a wide variety of sectors and have the skills and technology required to unlock new opportunities, not least in aquaculture. I look forward to working with the rest of the Global Underwater Hub board to explore how we can learn from one another and share experiences from our different sectors.”

Benj Sykes, VP UK Offshore, Ørsted added: “I’m delighted to be joining the Global Underwater Hub board.  The accelerating build-out of offshore wind in the UK and globally in response to the climate and cost of energy crises presents a huge opportunity. The UK’s unrivalled expertise in subsea technologies, developed across multiple sectors, puts it in a strong position to drive the advances needed in the offshore renewables sector, not least in floating offshore wind, and I look forward to working with the GUH board and team to realize this potential.”

Sue Barr has 20 years’ experience in the offshore and nearshore construction and environmental industries, including the wind, wave, and tidal sector. She is a Board member of Marine Energy Wales, Pembrokeshire Coastal Forum, and a Non-Executive Director of Marine Power Systems. Sue also chairs the UK Marine Energy Council. Sue has played a key role in driving renewable industry development and policy in the marine area, both in the UK and internationally.   Zander Bruce is responsible for management of the extensive subsea infrastructure operated by bp across the North Sea. This role comprises of day-to-day operations, integrity management of the subsea and pipeline infrastructure and execution of repairs, enhancements and production adding improvements. Prior to this role Zander held various subsea roles in bp, covering Engineering, Project Management and Technical Authority for subsea control systems.

Bill Cattanach OBE has been involved in the promotion of oil and gas expertise and the UK supply chain for over 20 years. During this time, he administered and actively participated on the Government/ Industry forum PILOT where many of the enabling initiatives for the sector were developed. Currently Bill is Head of Supply Chain at the North Sea Transition Authority where he is tasked with promoting and growing a competitive and competent service sector. His efforts in promoting the oil and gas supply chain were recognized in 2015 when he was awarded an OBE.

Sarah Cridland has a wide range of experience across all aspects of TechnipFMC’s subsea business, in local and global roles. These included leading the umbilical manufacturing division, a multi-geographical business with plants in the UK, US, and Angola; VP Subsea Tendering with global responsibility for all commercial tendering activities; and most recently, as Vice President of the company’s fleet division responsible for the QHSES, financial and operational performance of TechnipFMC’s global fleet of vessels.

Neil Douglas worked for an international corporation for 23 years in various engineering and management positions until 2007 when he established Viper Subsea (now Viper Innovations), a company that specializes in technology development, equipment supply, and integrity management of subsea located controls equipment for the oil and gas industry.  A former recipient of the Institute of Directors’ Southwest Director of the Year Award, Neil also sits on the board of LiveWire Innovation Inc, a UTAH based technology company, and is on board of the West of England LEP.

Rear Admiral Paul Halton OBE spent the early years of his career serving in submarines and surface ships, operating from under the arctic ice cap to the Far East.  In 2004 he took Command of HMS SPARTAN, embarking on a diverse period of tasking followed by a tour in Afghanistan. On return to the UK, he undertook the Higher Command and Staff Course, before working in Defense Intelligence Operations. As a Commodore, he commanded the 15 Capital Ships, Frigates and Survey Vessels of the Devonport Flotilla before being promoted to Rear Admiral in October 2017. Now serving as the Submarine Delivery Agency’s Director of Submarine Support, he is focused on accelerating and driving the necessary enterprise changes to improve submarine availability.

Heather Jones has worked directly with governments, industry, and research institutions in a scientific capacity for more than 30 years. A former Head of International Division in the Scottish Government and a deputy director in Marine Scotland, Heather established SAIC, the UK’s first industry-led aquaculture innovation body, which now has more than 260 members. In her role as SAIC CEO, Heather maintains an extensive network of relationships in aquaculture around the world.

Mike Jones is the chairman of SMD which is based in Newcastle upon Tyne. A chartered engineer, Mike began his career as a graduate engineer at BP Engineering and has worked for SMD for over 29 years in various roles including design engineer, project manager, managing director and CEO. As part of the leadership, he helped reposition the company by extending its product range into workclass ROVs and diversified its markets into offshore renewables and seabed mining.

Tim Sheehan has more than 30 years’ experience in the international offshore oil and gas industry, and has been a strong supporter of the supply chain and has been responsible for several initiatives aimed at creating greater collaboration opportunities, and enhanced technical delivery whilst maintaining robust commercial delivery. He has held a variety of commercial roles specializing in subsea engineering, construction, and flexible and rigid pipelines, as well as senior management roles for Technip, Bibby Offshore Stolt Offshore (Acergy) Rotech, Reef Subsea and Ashtead Technology, before joining Boskalis Subsea Services as business development director.

Benj Sykes leads Ørsted’s UK team responsible for business growth, setting and delivering our sustainability and environmental agendas, and managing the company’s relationships across government, authorities, and NGOs. He was previously UK country manager and set up and led the company’s asset management function. Until November 2020, Benj co-chaired the Offshore Wind Industry Council (OWIC) alongside the UK Government’s Energy Minister and led the work to agree a program of activities and commitments between industry and government through the Offshore Wind Sector Deal to support the continued growth of the sector.