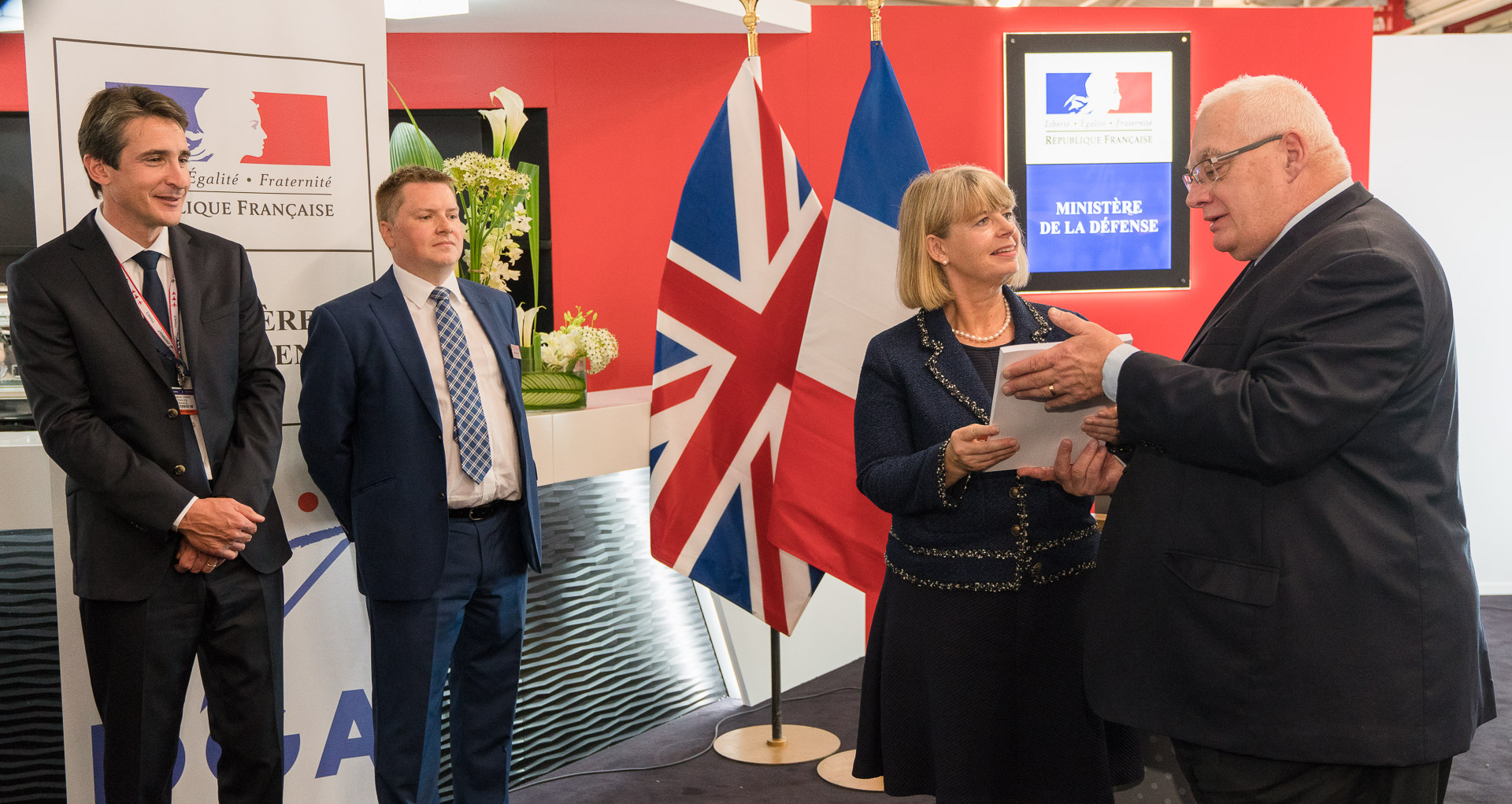 Thales, BAE Systems and their partner SAAB, ECA Group and ASV Global welcome the confirmation by the Organization for Joint Armament Cooperation (OCCAR) that the UK Ministry of Defense (MOD) and French Defense Procurement Agency (DGA) will continue their collaboration for the combined United Kingdom and France MMCM (maritime mine counter measures) program.

Initiated in 2010 under a cooperation agreement between France and the United Kingdom, the MMCM program develops a prototype autonomous system for detection and neutralization of sea mines and underwater improvised explosive devices (UWIEDs).

The agreement signed at Euronaval between Harriet Baldwin, Minister for Defense Procurement in the UK and Laurent Collet-Billon, General Director for French Procurement Agency; is a key milestone in the UK-French co-operation and the commitment to jointly develop future unmanned naval systems.

The next stage of the program will involve taking the first stage designs into a complete, manufactured system for assessment by the Royal Navy and the French Navy.

Patrice Caine, Chairman & CEO of Thales said: “From the depths of the oceans to the edges of the universe, Thales’ systems are performing at the cutting edge of technology. Today’s strategically important agreement is an excellent example of the Anglo-French co-operation inventing the world of tomorrow.”

BAE Systems Naval Ships Combat Systems Director, Richard Williams, add: “We are pleased to be starting stage two of the combined United Kingdom and French MMCM program, which is a key milestone in the transformation of MCM capabilities and the future operational use of unmanned naval systems.”

Guénaël Guillerme, CEO of ECA Group: “ECA Group has been providing both French and UK navies with MCM subsea robots for nearly 40 years. We are proud that our wide and unique experience in Autonomous Underwater Vehicles is recognized by those two navies in MMCM program.”

Dan Hook, Managing Director at ASV Global: “This contract culminates years of collaborative development work around the use of autonomous systems for MMCM applications. We’re excited to progress to this next stage of the contract which will see the build of the next generation of MMCM platform following on from the Halcyon demonstrator platform showcased at the Royal Navy’s recent Unmanned Warrior exercise”.