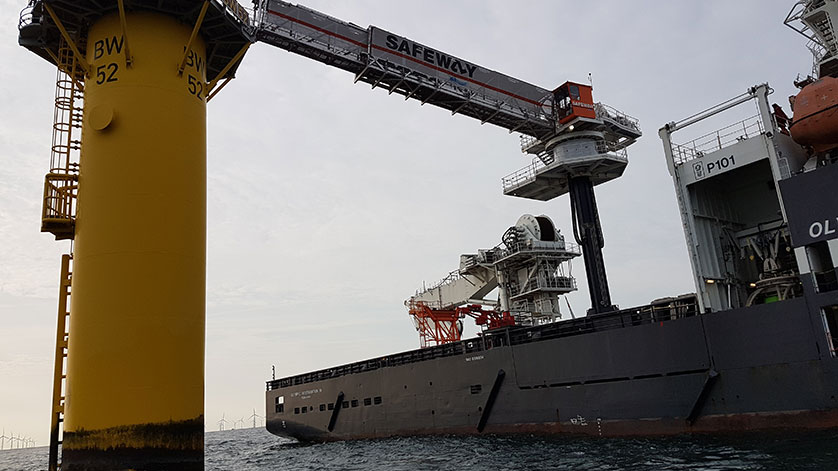 The Van Aalst Group with his headquarters in Dordrecht, the Netherlands, can look back on a very successful debut in the North Sea wind sector with the implementation of the project using the unique SafeWay motion compensated offshore access system.

This follows the earlier operations in the oil and gas sector with successful transfers done at offshore platforms of Total E&P Netherlands BV and Oranje Nassau Energy (ONE). The design for transferring personnel and cargo safely and efficiently from an offshore vessel to a structure is so revolutionary that SafeWay believes the gangway will be a ‘game changer’ in the offshore oil, gas, wind and renewables industries. The unique 28 meter long walk-to-work Seagull-type is able to compensate for significant wave heights of up to 3,5 metre on a standard 75-meter long PSV hull, resulting in an operating window that can be significantly higher than other available systems in the market.

This first SafeWay gangway is currently installed on the 95-meter long OCV ‘Olympic Intervention IV’, owned by Olympic Subsea ASA, Norway. The DP2 vessel, having excellent seagoing properties, offers accommodation and workspace to 100 passengers (POB) and is chartered by the German wind turbine manufacturer Adwen GmbH for maintenance activities and trouble shooting at three different wind parks located in the German sector of the North Sea. Under sometimes challenging weather conditions, with significant wave heights above 2.8 meter, 851 people transfers were carried out during 173 landings without any problem in 29 days, including an additional 301 cargo transfers. The gangway incorporates a 3D compensated crane capability, for which the design includes a separate winch to transfer up to 400 (or optional 1000) kilos. This efficient transfer of equipment helps expedite the operational work flow as well. 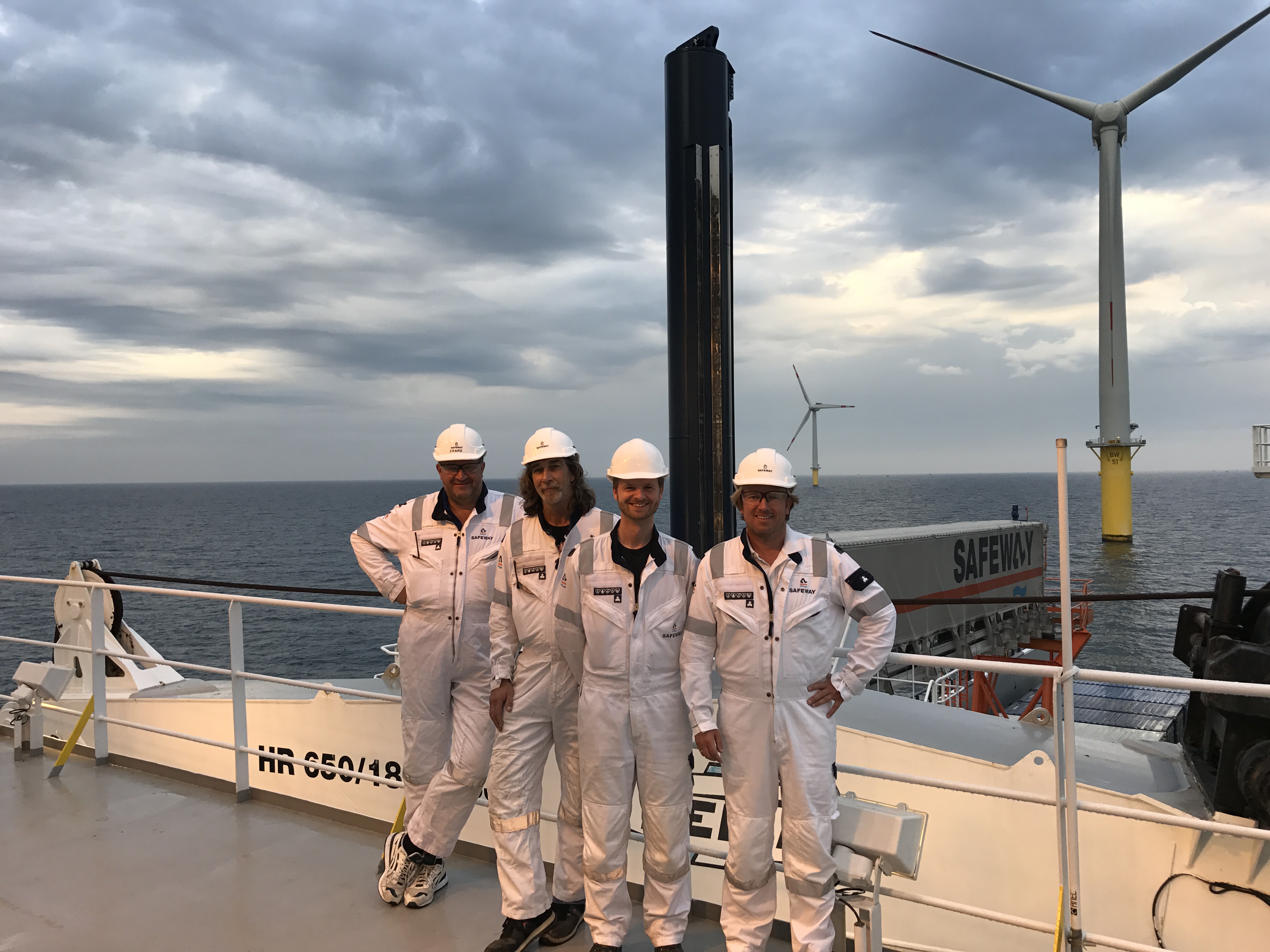 Ralf Schuckert, site manager of Adwen, is enthusiastic about the smooth and high performance of the SafeWay gangway, designed to tailor to the needs of different market segments, weather conditions, sea states, cargo and crew loads. Adwen, part of Siemens Gamesa, has experience with other gangways as well, but especially points out two major advantages of SafeWay. Firstly, the 10 meter vertical lifting possibility of the SafeWay is praised by him.

Schuckert: “Secondly, the hovering above bulwark with stairs to a safe area on the turbine deck has great advantages as a 360 degree landing can be realized without any special preparation. That is why Adwen very consciously chose for using this gangway having a unique active ‘free-float’ mode, the so-called Zero Impact Bumpering mode, enabling the access system to ‘float’ just above the entry point onto a platform or monopile, without actually touching it. Not only does the vessel get more freedom in heading, it also gives the access system greater workability compared to other systems. Moreover the hovering system exclude people from climbing over bulwark, thus increasing their safety.”