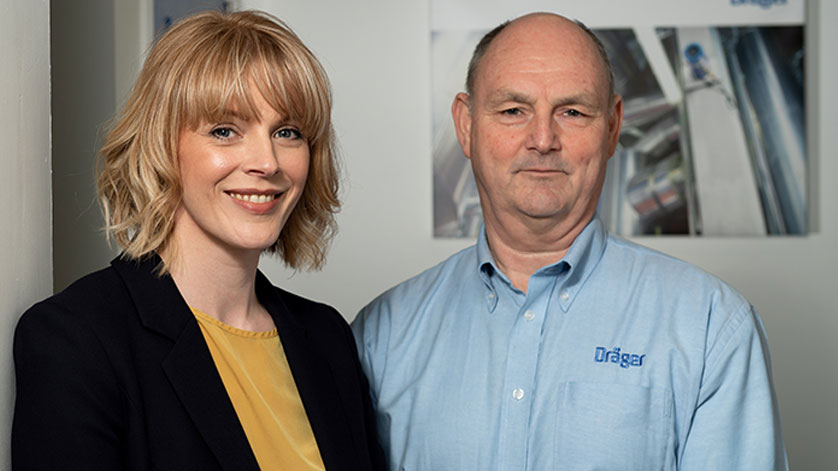 Dräger Safety UK has appointed Kelly Murray as general manager of its North Sea operations base in Aberdeen, strengthening its team as it moves into a new phase of growth through continued diversification into the subsea, decommissioning and renewables markets.

Mrs. Murray, who has more than 20 years’ experience in operations, engineering and project management in oil and gas, believes Dräger’s manufacturing capabilities in the UK and its multinational reach give the business significant opportunities in the wider energy sector.

Mrs. Murray was chief operating officer of Red Spider Technology as it embarked on a major growth strategy, and in the years leading up to its purchase by Halliburton. She was subsequently UK interventions manager for the global oilfield service sector major.

She joins Dräger as general manager, leading a team of 22 working from the company’s fleet sales and rental, servicing and training base at Bridge of Don. Mrs. Murray is also a non-executive director of Transition Extreme, the Aberdeen-based sports charity and social enterprise.

Widely recognized as the leading manufacturer and supplier of fixed and wireless fire and gas detection systems, personal gas alarms, breathing apparatus systems to the marine and energy industries, Dräger’s North Sea division is focused on Aberdeen, with its head office based in Blyth, north-east England.

“Dräger has such a diverse portfolio, extending far beyond the gas detection products for which it is renowned – the company is a technological leader in the marine and safety industries, and there’s huge potential for us in that respect,” says Mrs. Murray.

“The business has generally been known for the development, sale and installation of systems however, we have a significant rental portfolio in Aberdeen, and that’s an area where we believe there is significant growth potential as activity begins to rise in the UKCS once again.

“Since the beginning of the year we have begun engaging directly with operators and the supply chain outside of our traditional topside marketplace, joining key industry organizations including Decom North Sea, Subsea UK and Aberdeen Renewables Energy Group, to engage in the development of solutions to critical issues on and offshore.

“We will soon be recruiting for new positions in our operations team in Aberdeen, as we respond to rising demand from companies across the North Sea.

“In research and development terms, Dräger has continuously improved the standard of equipment being used on- and offshore, delivering a step-change in safety through technologies like the Rental Robot system, which removes the risk of human error and provides an audit trail for life-saving safety equipment.

“That system has already revolutionized personal protective equipment management in one of the UK’s main refineries and has the potential to be rolled out to other onshore industries across the UK and Europe.

“Dräger’s manufacturing capability has a major role to play in sustaining its position as the leading international provider of safety equipment and systems. Our facilities in Blyth set us apart from many of our competitors in that we are able to manufacture equipment of the highest standard in-house, in the UK, as well as from global headquarters in Germany.”

In addition to its equipment development business, Dräger also delivers training and certification for industrial workers at a bespoke confined-space center at its Aberdeen operations base.

“Our OPITO-certified training facilities are in constant demand, as new projects offshore require up-skilling of multi-disciplinary contractors to ensure they are prepared to cope in challenging conditions offshore,” adds Mrs. Murray.

Dräger Safety UK earlier this year confirmed new contracts worth in excess of £3 million had been secured, and a raft of new deals are expected to complete in the coming weeks.