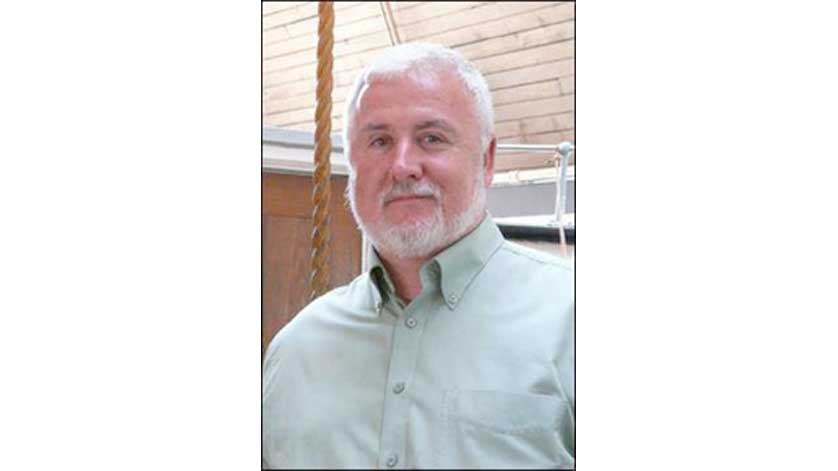 SEARCH, Inc. announces that Dr. James Delgado will be joining SEARCH as the firm’s Senior Vice President on May 1, 2017.

Dr. Delgado will be responsible for ensuring operational and research excellence, implementing strategic initiatives, and expanding the firm’s international footprint. He also will serve as a public speaker, international delegate, documentary host, and major project spokesperson. He will be based in Jacksonville, Florida. “Jim is an explorer, scholar, and a scientific pioneer of the highest caliber,” said Anne V. Stokes, Ph.D., SEARCH CEO. “We are thrilled to work with him to advance our customers’ cultural heritage projects and programs, as well as our industry worldwide.”

Dr. Delgado joins SEARCH from his most recent position as Director of Maritime Heritage in the Office of National Marine Sanctuaries for NOAA where from 2010 until now he has overseen heritage programs and active research in the nation’s waters, as well as outreach and education on America’s underwater and marine heritage.

Previously, he served a four-year term as President and CEO of the Institute of Nautical Archaeology, the world’s leading scientific and educational organization dedicated to the understanding of humanity’s seafaring history through the excavation and scientific study of shipwrecks. Prior to that he was the Executive Director of the Vancouver Maritime Museum in British Columbia, Canada, for 15 years, and he served as Maritime Historian and Head of the US government’s Maritime Heritage Program for the US National Park Service for four years in Washington, DC.

Dr. Delgado also served as the first historian for the Golden Gate National Recreation Area in the San Francisco Bay Area where among other duties he participated in the restoration and interpretation of Alcatraz. He is the author, co-author, or editor of more than 30 books, including The Lost Submarines of Pearl Harbor (Texas A&M University Press), The Maritime Landscape of the Isthmus of Panama (University Press of Florida), and the Encyclopedia of Underwater and Maritime Archaeology (Yale University Press). Dr. Delgado has served as keynote speaker and presented to more than a hundred conferences and his work has reached hundreds of millions of viewers as host on six seasons of a National Geographic series, The Sea Hunters, as well as scientific programs on Discovery, The History Channel, A&E, and Nat Geo.

On social media, his live expedition broadcasts at Pearl Harbor and at the wreck of the USS Independence were each telecast to over one million viewers. He is a Fellow of the Royal Geographical Society, the Royal Canadian Geographical Society, and The Explorers’ Club, and most recently was made an Officer of the Order of Civil Merit by His Majesty King Juan Carlos of Spain. “Joining SEARCH was a natural fit,” Dr. Delgado said. “SEARCH has the talent, the track record, the international platform, and most importantly, the passion to have cultural heritage make a meaningful difference in people’s lives and in the communities that we serve.”

SEARCH has worked across the United States, on all six occupied US Territories, and in 21 countries. With a staff of over 120 working from 15 offices in the continental United States, Hawai’i, and Guam, SEARCH supports major development and emergency response projects for customers in the Government and Commercial sectors. SEARCH President James Pochurek said, “Throughout his career, Jim has been a storyteller of the human condition. We are honored to work with him to explore the most remote reaches of the planet to discover our common heritage. Together, we will boldly go into the past.”