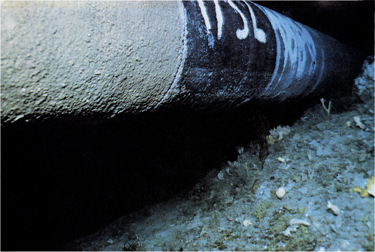 Carbon capture, utilization and storage (CCUS) is gaining momentum to meet stringent climate change goals and secure energy supplies for the future. To fully understand the environmental and safety implications associated with the development of CO2 pipelines, DNV GL is conducting the oil and gas industry’s largest ever controlled release of carbon dioxide from an underwater pipeline at its full-scale Spadeadam Testing and Research Centre, located in Cumbria, UK.

The planned underwater release, scheduled to start in January, is part of an international Joint Industry Project (JIP) ‘Sub-C-O2’ to develop safety guidelines on the use of offshore CO2 pipelines. Companies participating in the JIP are Norway’s Gassnova, Brazil’s Petrobras, the UK government’s Department of Energy and Climate Change, the UK’s National Grid and DNV GL. Italy’s ENI is expected to join the JIP in early 2016.

This is the second experimental phase which will run for three months and will involve releases in a 40-metre diameter, 12-metre deep pond at the Spadeadam Testing and Research Centre, which is located in Cumbria, UK.

“This is the largest experimental investigation to date of underwater CO2 releases which will study the effects of depth on measured and observed parameters,“ said Gary Tomlin, VP Safety and Risk, with DNV GL at Spadeadam. “The testing is designed around what is already known about underwater natural gas (methane) leaks and the possible occurrence of CO2 hydrates collecting on pipework. By using high-speed, underwater cameras and other measurement techniques, we can examine the configuration and characteristics of the released gas. It will allow us to see whether it reaches the surface and analyze what happens.”

The installation of offshore CO2 pipelines linked to depleted subsea gas reservoirs is a possible solution to mitigate CO2 emissions from power plants and large industrial sources. The transportation of CO2 through offshore pipelines may also increase due to enhanced oil recovery programs.

The first phase of experiments are currently underway at Spadeadam and involves small-scale, controlled CO2 releases from a three inch nominal bore pipeline in a 8.5 meter diameter, three meter deep water tank and are expected to be completed by December.

Spadeadam is one of a network of 18 laboratories and testing centers operated by DNV GL on three continents. The facility provides companies with the rare opportunity to undertake full-scale fire, explosion and release experiments, to demonstrate whether equipment and components are fit for purpose, to test new products, techniques or processes, and to provide data to validate computer models. DNV GL are opening a new major hazard training and conference facility at the site in April 2016.

“Developing best practice guidance through this ground breaking project will help the CCUS industry establish itself as it begins the rollout of vital carbon abatement technology,” said Hari Vamadevan, regional manager, UK and Sub Saharan Africa, DNV GL – Oil & Gas. “Spadeadam puts theory and desktop modeling to the test to prove the limits, capabilities and behaviors of both small and large scale operations in real-world situations. The data gathered from this large-scale experimental program will enable adjustments to be made to computer modeling of CO2 dispersion. Even larger-scale, controlled testing in the natural environment may subsequently take place.”

Experimental findings are shared periodically with JIP participants so that next steps can be refined. CO2 testing at Spadeadam will conclude by June 2016.