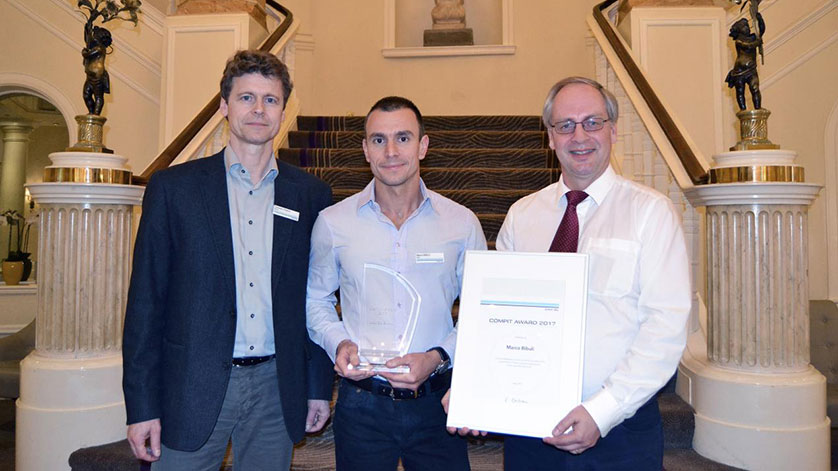 Marco Bibuli was announced as the winner of the DNV GL COMPIT Award 2017, which took place in Cardiff this year. The Italian maritime robotics expert, working at the Italian research centre CNR-ISSIA in Genoa, was honored for his work on team-capable, smart robots.

“The jury singled out Marco Bibuli, because his work brought advanced techniques of Artificial Intelligence to practical applications, representing innovative engineering at its finest. In Bibuli’s applications, the robots are not replacing the human, but act as caddies, supporting a diver in his work, for enhanced efficiency and safety,” says COMPIT organizer Volker Bertram from DNV GL.

Through a combination of machine vision, machine learning and cybernetics (control engineering), Bibuli has developed the project through to the first field testing stages. The prototypes give a glance at a future where robots become ubiquitous helpers, used for underwater inspection, cleaning, rescue operations, tank surveys and other tasks, supporting divers for increased safety and efficiency.

COMPIT is the abbreviation for “Computer Applications and Information Technology in the Maritime Industries”. The conference, which took place for the sixteenth time, offered information on advanced IT applications for the lifecycle of ships and offshore structures. Topics such as “Autonomous maritime systems”, “Virtual Reality and Augmented Reality”, “Yards 4.0” and “Big Data”, amongst others, were discussed by the participants. As in previous years, DNV GL was a main sponsor of this event.

This is the tenth time that an outstanding scientist has been presented with the DNV GL COMPIT Award at this prestigious conference. Previous winners of the award are: