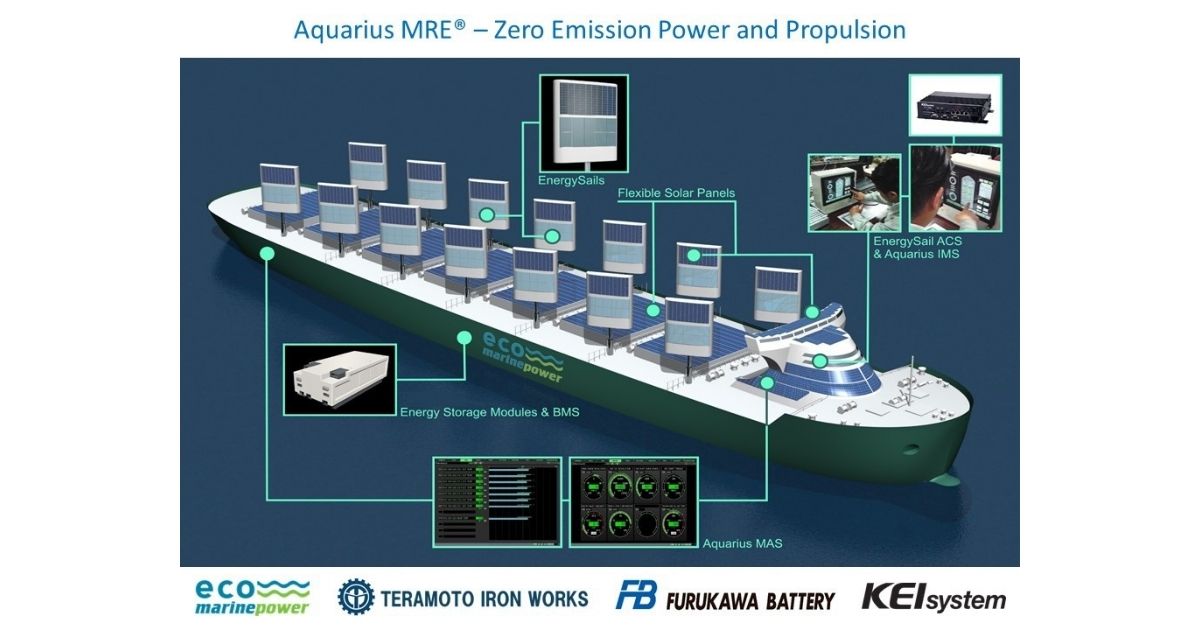 Environmental technology is being actively developed in the maritime industry for the realization of a decarbonized society, as the IMO has set out a vision which confirms its commitment to reducing GHG emissions from international shipping and to phasing them out as soon as possible.

To contribute to the swift and safe social implementation of these initiatives, ClassNK has been providing safety standards applicable to a variety of new technologies based on knowledge obtained by collaborating with front runners.

“Aquarius Marine Renewable Energy with EnergySail” is a system that utilizes a combination of renewable energy (wind and solar) obtained by a rigid sail and solar panel deployed on the deck. Having received an application from Eco Marine Power, ClassNK confirmed the design’s feasibility based on its Rules for the Survey and Construction of Steel Ships and guidelines for “Wind-Assisted Propulsion Systems for Ships” and “Large-capacity Storage Batteries”, and granted the AiP upon completion.

The main features of the system announced by Eco Marine Power are as follows:

“Aquarius Marine Renewable Energy (MRE) is an advanced integrated system of rigid sails, marine-grade solar panels, energy storage modules, charging system and marine computers that enables ships to tap into renewable energy by harnessing the power provided by the wind and sun. The array of rigid sails are automatically positioned by a computer system to best suit the prevailing weather conditions and can be lowered and stored when not in use or during bad weather. The rigid sails are based on EMP's EnergySail technology and these renewable energy devices can even be used when a ship is at anchor or in harbour. Each EnergySail can be configured with a mix of sensors, photovoltaic panels or other power generation devices.”