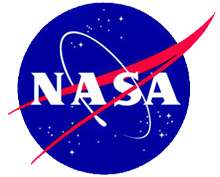 NASA and the Department of the Interior's U.S. Geological Survey (USGS) presented the 2013 William T. Pecora Award for achievement in Earth remote sensing to Dudley B. Chelton, distinguished professor of Earth, ocean, and atmospheric sciences at Oregon State University in Corvallis, Ore.

Chelton is a pioneer in the oceanographic use of satellite data to explore the role of the ocean in the Earth's climate system. His work has led to new hypotheses in ocean studies and has inspired many follow-up investigations by the ocean remote-sensing community, increasing the practice and appreciation of ocean remote-sensing.

"Throughout his career, Dudley has been known for developing statistical methods to analyze existing satellite data while preparing for the next generation of remote-sensing instruments," said Freilich.

After receiving a doctorate in physics from the Scripps Institution of Oceanography, La Jolla, Calif., Chelton moved to NASA's Jet Propulsion Laboratory in Pasadena, Calif., in 1980 to analyze newly available data from Seasat. His 1981 paper in the journal Nature demonstrated the ability of satellite instruments to make global observations of the ocean. In 1983 Chelton moved to Oregon State University, where he established an ocean remote-sensing program that has grown to national prominence.

The comprehensive understanding of the technical and statistical aspects of ocean remote-sensing serves as the foundation of Chelton's major scientific discoveries. For more than 30 years, he has led efforts to improve satellite-derived measurements of the four primary ocean variables that can be sensed remotely: sea surface height, surface winds, sea surface temperature, and ocean surface biological productivity.

Chelton is a fellow of the American Geophysical Union and the American Meteorological Society and has received a NASA Public Service Medal. Many of his 110 papers and book chapters have become standard references in his field.

The Pecora Award was established in 1974 to honor the memory of a former USGS director and Interior undersecretary. William T. Pecora was influential in the establishment of the Landsat satellite program, which created a continuous record of Earth's land areas spanning a period of more than 40 years.