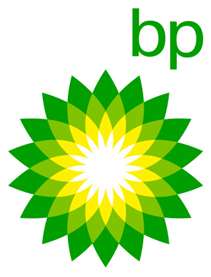 The U.S. Coast Guard today ended patrols and operations on the final three shoreline miles in Louisiana, bringing to a close the extensive four-year active cleanup of the Gulf Coast following the Deepwater Horizon accident. These operations ended in Florida, Alabama and Mississippi in June 2013.

"Reaching this milestone is the result of the extraordinary efforts of thousands of people from BP, local communities, government agencies, and academic institutions working together," said John Mingé, Chairman and President of BP America. "Immediately following the Deepwater Horizon accident, BP committed to cleaning the shoreline and supporting the Gulf's economic and environmental recovery. Completing active cleanup is further indication that we are keeping that commitment."

The large-scale cleanup effort, combined with early restoration projects and natural recovery processes, is helping the Gulf return to its baseline condition, which is the condition it would be in if the accident had not occurred. Although active cleanup has ended, the entire area of response is subject to the National Response Center (NRC) process. Coast Guard personnel are pre-positioned to investigate any further reports of oil-based material.

"BP has spent more than $14 billion and more than 70 million personnel hours on response and cleanup activities," said Laura Folse, BP's executive vice president for Response and Environmental Restoration. "Even though active cleanup has ended, we will keep resources in place to respond quickly at the Coast Guard's direction if potential Macondo oil is identified and requires removal."

From the beginning, BP worked under the Coast Guard's direction and in cooperation with state agencies and local governments to limit the accident's impact on the environment, and remove oil from the water and shoreline. Aerial reconnaissance flights were flown across approximately 14,000 miles of shoreline. Nearly 4,400 miles were ground-surveyed, with teams identifying 1,104 miles that experienced some level of oiling and 778 miles that required some measure of cleaning.

Cleanup Facts
Members of the Unified Command worked collectively to protect and clean the Gulf shoreline.
Amenity beaches were generally cleaned to depths of up to five feet, using mechanical equipment that sifts out residual oil and other debris from below the beach surface while returning clean sand to the beach.
Non-recreational beaches and environmentally sensitive areas were generally hand-cleaned to depths of up to six inches, but deeper if it was ecologically safe and approved by the Coast Guard, stakeholders and others.
Multiple techniques were used to treat oiled marsh areas and promote natural attenuation without causing further damage.

A comprehensive scientific effort was launched in mid-2012 to locate and remove potential pockets of subsurface material. In Louisiana, more than 40,000 holes and pits were excavated across seven barrier islands, and the vast majority either had no visible oil or levels so low that treatment was not appropriate or required. For example, just three percent of the more than 16,000 auger holes had oiling levels that required cleanup and less than 2 percent of the over 24,000 pits had heavy or moderate oiling.

Assessment teams continuously surveyed the shoreline and recommended treatment options. More than 100,000 tons of material was collected from the cleanup efforts. The total consists of not only the mixed residual material – which was typically 10-15 percent residual oil and 85-90 percent sand, shells and water – but during the first year of operations it also included other solid material such as debris and protective clothing.

Under the long-standing NRC process, the Coast Guard investigates reports of oil, identifies the source, and directs the responsible party to respond if necessary. Transitioning back to this system will reduce the number of people and vehicles on beaches and other areas, further minimizing disruptions to the environment and to visitors. People can report possible sightings of oil-based material to the National Response Center by calling 1-800-424-8802.

Cleanup Activities Guided by Science
Science, including reports prepared at the direction of the Coast Guard by the multi-agency Operational Science Advisory Teams (OSAT), helped guide response activities and provide a better understanding of potential environmental and health risks.

OSAT-1, issued in December 2010, concluded that no recoverable Macondo oil remained in the water column or offshore sediments. In addition, none of the roughly 17,000 water samples collected and analyzed exceeded the U.S. Environmental Protection Agency's (EPA) benchmarks for protection of human health.

OSAT-2, issued in February 2011, found that residual oil in nearshore and sandy shoreline areas was highly weathered, and concentrations of constituents of concern were well below levels of concern for human health.
The OSAT-1 Ecotoxicity Addendum, issued in July 2011, found no apparent increase in toxicity to aquatic life associated with the accident.

Meeting Commitments
In addition to the cleanup milestone, BP has made significant progress meeting its commitment to support economic and environmental restoration efforts in the Gulf.

Paid more than $1 billion to support the Natural Resource Damage Assessment process and to evaluate potential injuries and restoration options.

Paid $12.9 billion in claims, advances, civil settlements and other payments, such as tourism promotion, seafood testing and marketing, and behavioral health.