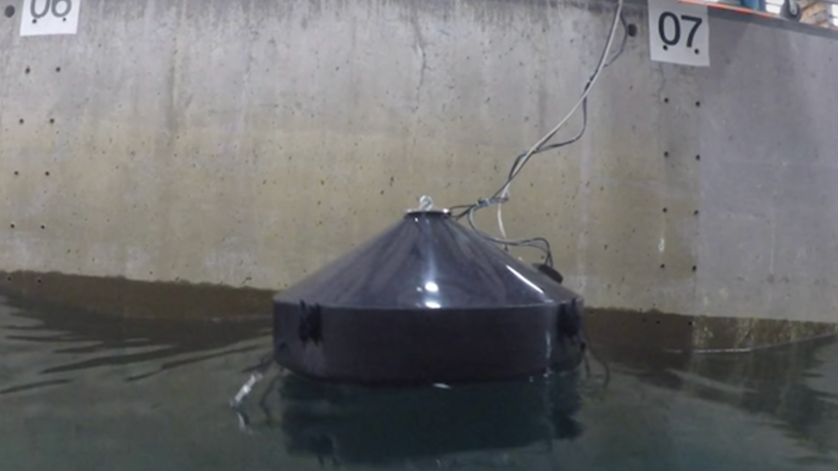 AquaHarmonics of Portland, Oregon has won the Wave Energy Prize, which comes with a $1.5 million grand prize presented by the U.S. Department of Energy’s (DOE) Office of Energy Efficiency and Renewable Energy. CalWave Power Technologies and Waveswing America were awarded second and third place, respectively, with $500,000 and $250,000 in cash prizes. With more than 50 percent of the U.S. population living within 50 miles of coastlines, there is vast potential to provide clean, renewable electricity to communities and cities across the United States using wave energy.

An 18-month design-build-test competition, the Wave Energy Prize focuses on catalyzing the development of game-changing wave energy converters that will ultimately reduce the cost of wave energy. Wave energy technology could one day provide clean, cost-competitive, reliable energy for homeowners, communities, businesses, and government in geographically suited parts of the United States.

“The Wave Energy Prize marks a significant advance for marine energy,” said Lynn Orr, DOE’s Under Secretary for Science and Energy. “This competition set a difficult threshold of doubling the energy captured from ocean waves, and four teams surpassed that goal. AquaHarmonics’ technology leap incentivized by the Energy Department demonstrates how rapid innovation can be achieved in a public prize challenge.”

Ninety-two teams registered for the prize beginning in April 2015. Over the course of the competition, a panel of judges ultimately identified nine finalists and two alternates, which were announced in March. These teams received up to $125,000 in seed funding to build scaled prototypes of their wave energy converter devices. With the support of the U.S. Navy, the finalist teams tested their prototype devices at the nation's most advanced wave-making facility, the Naval Surface Warfare Center's Maneuvering and Seakeeping Basin at Carderock, Maryland.

Wave energy is produced by converting the energy from waves into electricity. It has the potential to be a substantial resource to deliver renewable energy to the United States. The wave energy sector is in its early stages of development, and the diversity of technologies makes it difficult to evaluate the most technically and economically viable solutions. The Wave Energy Prize Competition has addressed this challenge by comparing a wide range of device types and evaluating them against a threshold requirement for high energy capture. The Prize has already facilitated rapid technical innovation, and in the next year, the Energy Department will publish data from all the finalist teams’ test results to further accelerate advancement of this sector.

“It’s been a project we’ve been working on since even before the Wave Energy Prize was announced,” said Max Ginsburg from AquaHarmonics. “As we progressed towards the finals, it just got more and more exciting.”

To see the full results of the competition or for more information about the Wave Energy Prize, go to waveenergyprize.org.