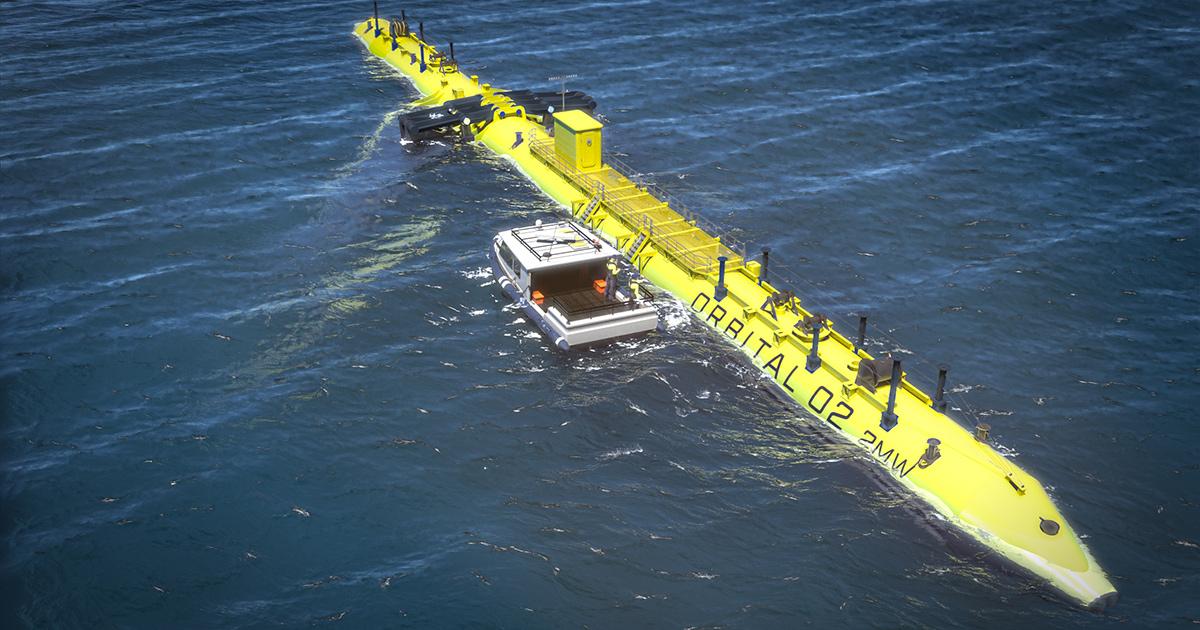 Scottish Government funding of £3.4 million has been awarded to help build the world’s most powerful floating tidal turbine.

Scottish engineering company Orbital Marine Power (Orbital) has been awarded the money as the first recipient of the Scottish Government’s £10 million Saltire Tidal Energy Challenge Fund. The funding will be used to deliver the next generation O2 2MW Floating Tidal Energy Turbine, capable of powering more than 1,700 homes per year.

Scotland’s Energy Minister Paul Wheelhouse said: “We have established a world lead in marine renewable technologies and this project represents a significant step forward in technological development. We are delighted this landmark turbine, designed by an innovative Scottish company, will also be built in Scotland.

“We believe tidal energy technology can not only play an important role in our own future energy system, but it has substantial export potential and this fund will help move tidal technologies closer to commercial deployment.

“However, the large scale roll out of both tidal and wave energy technologies has been harmed by the UK Government’s decision in 2016 to abandon its commitment to provide ring-fenced funding support.

“UK ministers must act quickly to provide the revenue support this exciting and innovative sector requires to achieve its economic potential.”

Orbital’s Chief Executive Officer Andrew Scott said: “We greatly appreciate the Scottish Government’s ongoing commitment and support for tidal stream energy, and this award will enable us to deliver a truly exciting and transformational project and continue the proud tradition of Scottish innovation and engineering.

“The O2 project will demonstrate how this emerging industrial sector has the ability to deliver new jobs and open up diversification opportunities for the UK’s supply chain in a growing global market whilst pioneering solutions for a zero carbon future.”

The £10 million Saltire Tidal Energy Challenge Fund, which supports the development of tidal energy in Scotland by driving innovation and cost reduction, was announced in February this year and is open until 6 December 2019.

The 72-meter-long O2, capable of generating more than 2MW from tidal stream resources, will be built in Scotland and installed at the European Marine Energy Centre in Orkney. Its turbine rotors can be turned 360° to allow power to be extracted from both tidal directions. The device will be manufactured by Scottish company Texo Group at their new quayside facilities in Dundee. Key components will be delivered by Gray Fabrication in Cupar using material from Liberty Steel in Motherwell.

Scotland has an estimated one third of the UK’s tidal stream resources and two thirds of the UK’s wave resources. Marine energy resources can provide renewable energy generation as part of the response to the global climate emergency.