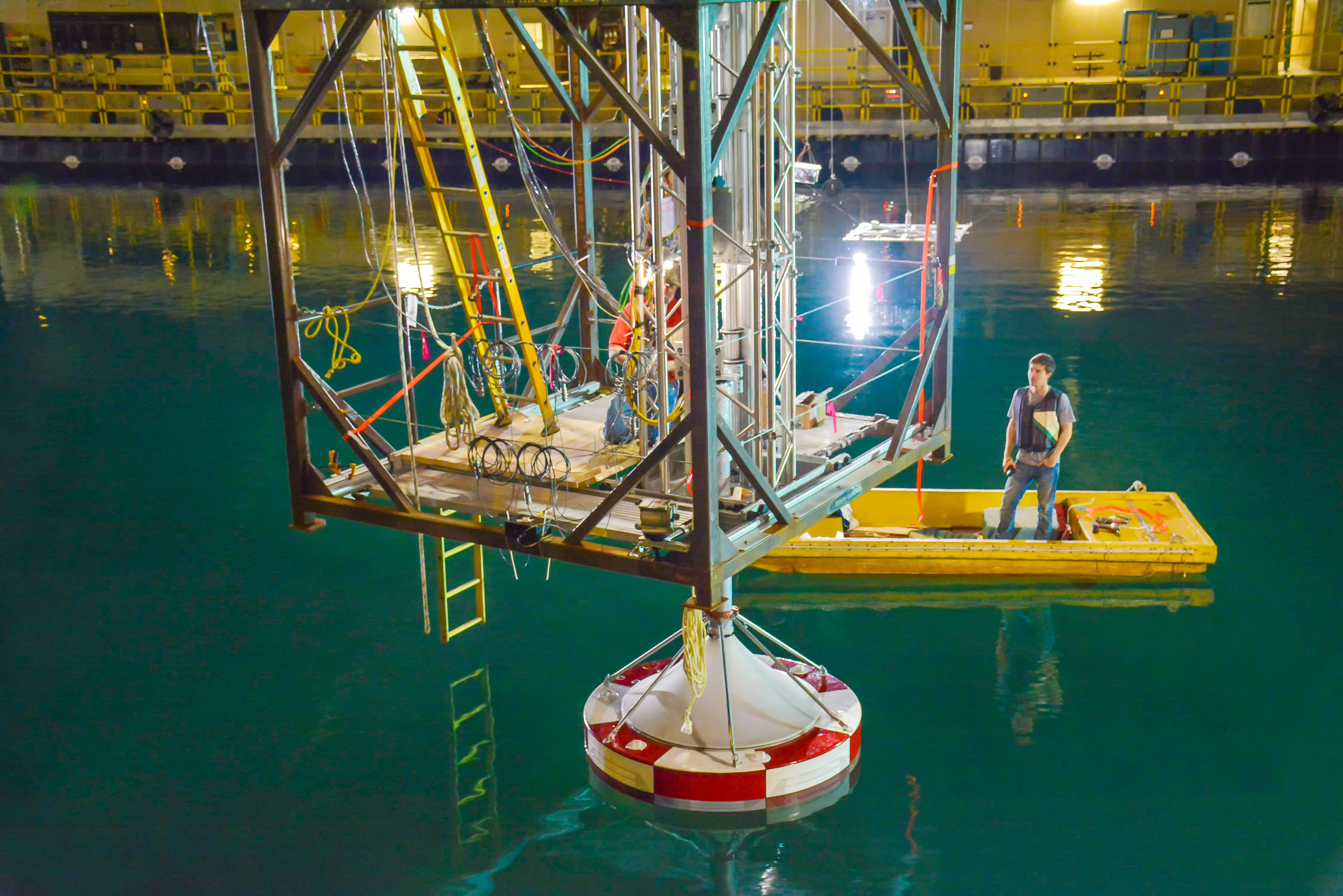 One of the biggest untapped clean energy sources on the planet — wave energy — could one day power millions of homes across the U.S. But more than a century after the first tests of the power of ocean waves, it is still one of the hardest energy sources to capture.

Now, engineers at Sandia National Laboratories are conducting the largest model-scale wave energy testing of its kind to improve the performance of wave-energy converters (WECs). The project is taking place at the U.S. Navy’s Maneuvering and Sea Keeping facility at the Carderock Division in Bethesda, Maryland, one of the largest wave tanks in the world at 360 feet long and 240 feet wide and able to hold 12 million gallons of water.

“Our goal is to improve the economic viability of these devices,” said Coe. “In order to do so, we are working out ways to control the WEC’s generator to increase the amount of power it absorbs. At the same time, we are looking at how to reduce the loads and stresses on these devices in harsh conditions to ultimately lengthen a WEC’s lifespan in the water.”

Coe said numerous initial studies estimate that improving control of the WECs’ generators can dramatically increase energy absorption by as much as 300 percent. Transitioning these simplified studies to more realistic large-scale devices is the challenge at hand.

To control the dynamics for better, faster results in the wave tank, Coe and Bacelli are using modeling and control methods that have been successful in other industries, such as in the aerospace industry.

“The systems we used have been around for a while, but strangely enough they had never been applied to wave energy converters,” Bacelli said. “So far, we know the techniques we are using are more efficient and cost-effective than existing methods. We are getting more information in a fraction of the time.”

Now that Sandia has completed the first round of analyses in the water, Coe said the goal is to process all the collected data to develop a new, enhanced model that will make sure the next test yields even more valuable results.

“Make no mistake, these are extremely complex machines,” Bacelli said. “They have to be fine-tuned continuously because ocean waves are constantly changing. With this setup at the Navy’s facility, we have a unique opportunity to study the problems and quantify the effects. We want to help the industry by offering solutions to the challenges the wave energy world is facing.”

Sandia’s continuing wave energy project, Advanced WEC Dynamics and Controls, kicked off in 2013 and is funded by the Office of Energy Efficiency and Renewable Energy.