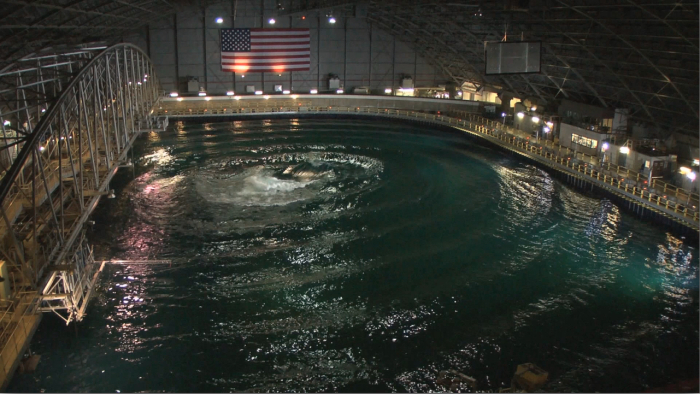 The Wave Energy Prize, a 20-month design-build-test competition, is encouraging the development of game-changing wave energy converter (WEC) technologies that will reduce the cost of wave energy, making it more competitive with traditional energy solutions.

The nine official finalist teams tested their 1/20th-scale WEC prototypes over a 10-week period that began Aug. 1 at the nation's most advanced wave-making facility, the Maneuvering and Seakeeping (MASK) Basin at Carderock.

The teams competing for the $2.25 million prize purse are:

The Wave Energy Prize is a public prize challenge sponsored by the U.S. Department of Energy (DOE)‘s Water Power Program. The prize is designed to increase the diversity of organizations involved in Wave Energy Converter (WEC) technology development, while motivating and inspiring existing stakeholders. DOE envisions this competition will achieve game-changing performance enhancements to WEC devices, establishing a pathway to sweeping cost reductions on a commercial scale.

The wave energy industry is young and is experiencing many new innovations as evidenced by a sustained growth in patent activity. While the private industry is developing these early-concept WEC devices through design and benchtop prototype testing, funding is hard to secure for performance testing and evaluation of WEC devices in wave tanks at a meaningful scale. This is a problem for the industry since scaled WEC prototype tank testing, validation, and evaluation are key steps in the advancement of WEC technologies through the technical readiness levels to reach commercialization.