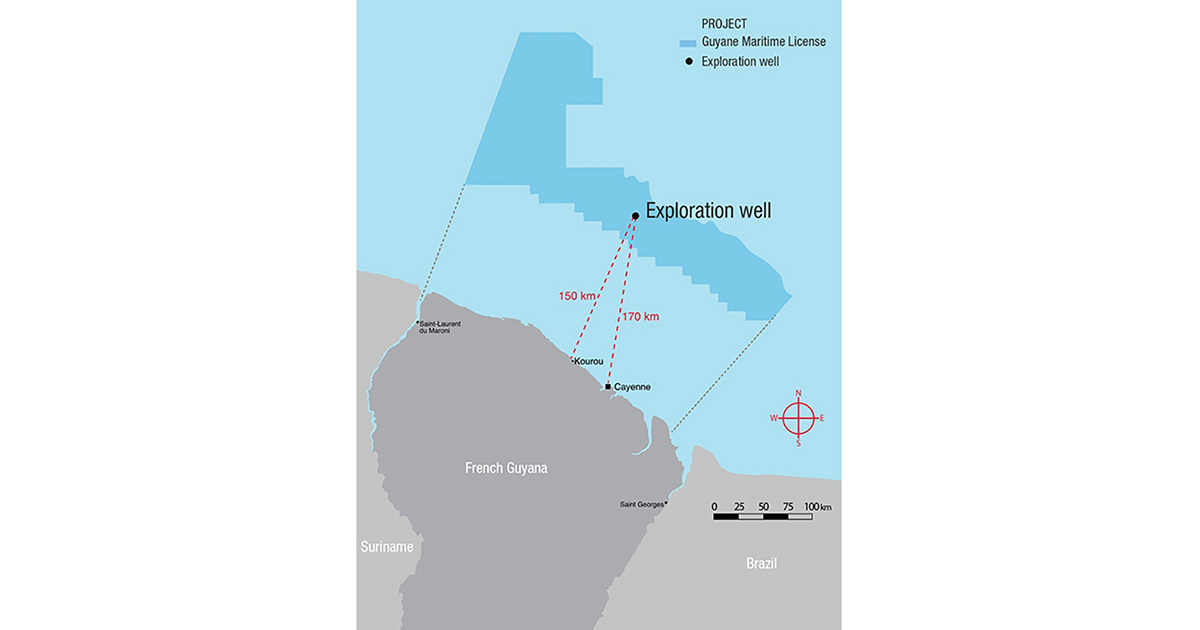 Total is ready to start its exploration campaign on the Guyane Maritime license, located 150 kilometers off the French Guyana coast, in the days following the arrival of the drilling ship on site, as authorized by the prefectoral decree dated October 22, 2018.

Conscious of the questions that this campaign could raise, Total wishes to highlight that it is a responsible company that conducts operations while constantly seeking to minimize the environmental risk and is determined to act with transparency. As such, Total commits to the following: 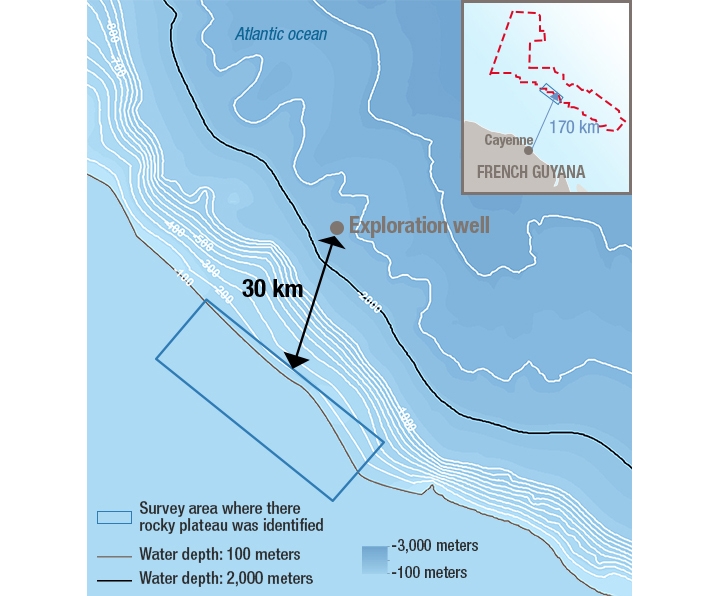 Total obviously does not conduct drilling operations in coral reefs

The closest reef identified is located 30 kilometers from the drilling point and is not coral. According to the scientists who carried out a 50-day oceanographic survey on-site in 2017, including those from the Paris National Museum of Natural History, it is a discontinuous rocky plateau, on the edge of the continental shelf, presenting scattered biological communities where hundreds of samples have been taken for study (see photos). This plateau is located 30 kilometers from the drilling point and at 100 meters water depth (compared to 2,000 meters water depth at the drilling area, see maps).

Total will carry out its drilling campaign with transparency

Practically, this means that Total will report on the progress of its work throughout the drilling process, as part of the Committee for Monitoring and Consultation. This Commission, led by the authorities, includes approximately 50 economic and social actors.

This approach follows public meetings that Total held in 2017 at its own initiative in several Guyanese towns. The Group has also made available to the general public the full file of its exploration project, including the Environmental Impact assessment, recognized for its quality by the Environmental Authority.

Total invites NGOs, who wish to do so, to visit its installations to understand the precautionary measures taken on its drilling rig and to create an opportunity for reasoned dialogue. 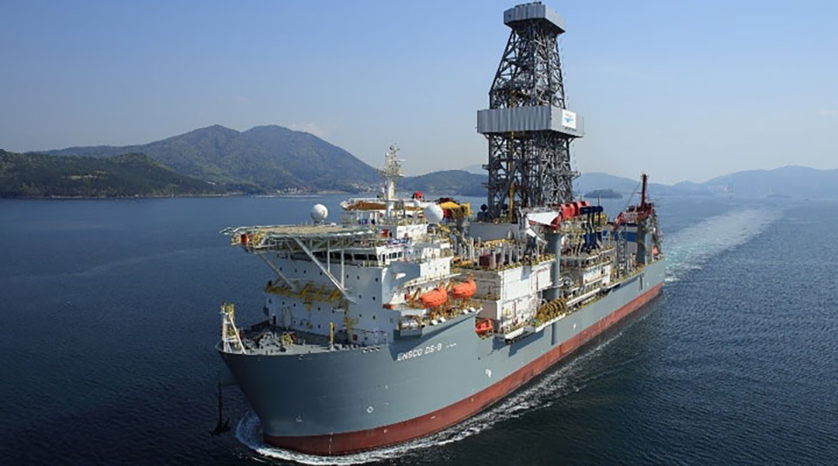 Total stresses that there are 200 people on board its drilling ship and the five support vessels around it. Their safety is the absolute priority. As such, a safety perimeter forbids navigation of all unauthorized watercraft within 500 meters of the well, in compliance with current legislation.

About the Guyane Maritime license

The Guyane Maritime license is an existing exploration license, awarded in 2001. Its extension was requested in March 2016 and granted on September 14, 2017, in accordance with the legislation on hydrocarbons dated December 30, 2017.

Located 150 kilometers off the coast and mostly deepwater, the license covers 24,000 square kilometers beyond the Guyanese continental shelf. The drilling area is located in the central part of the license, at 2,000 meters water depth.

Total’s objective on the Guyane Maritime license is to drill one last exploration well, following the five formerly drilled between 2011 and 2013 in order to conclude definitively whether an exploitation phase is relevant.