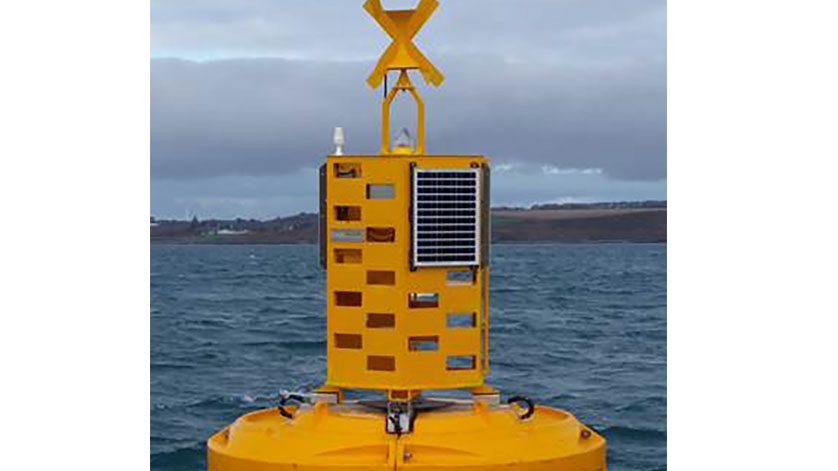 TechWorks Marine, a leader in the Metocean data networking, was awarded a contract to design and deploy an operational Wave Buoy by Port of Cork in late 2016, to be deployed at Roche’s Point on the approach to Cork Harbor.

As the Wave climate in Ireland takes its toll on equipment, a large platform was recommended in order to survive the heavy weather, and maximize visibility of the data buoy to the shipping activity using the harbor on a daily basis.

Central to this development is the TechWorks Marine TMBB-Data Acquisition and Transmission system, the versatile and configurable monitoring platform is designed around it. The TMBB is a robust, reliable and scalable data acquisition system, which ensures the ongoing collection and transmission of quality assured data to enable clients to make informed decisions linked to their commercial activity. Already operational, data is being transmitted in real-time every 20 minutes to the Port of Cork Operations station. The inertial wave sensor used on the buoy is the SeaView Systems SVS-603. The Mobilis Jet9000 buoy Hull was selected as the most robust and reliable platform for such long term operational deployment.

The engineering team at TechWorks Marine carried out the full system integration and testing and extensive onsite training was provided, combined with detailed hardware and software documentation. The TechWorks Marine Data buoy can be easily upgraded in the future with additional Meteorological and Oceanographic sensors given the modular structure of the TMBB system.

Ms. Charlotte O’Kelly, CEO of TechWorks Marine confirmed that the Wave buoy was deployed operationally in early December following initial on-site testing by TechWorks Marine. Ms. O'Kelly said: ‘At present, the data buoy reports directly to the Port of Cork operations center from where its data is used to ensure the safety of ships coming in and out of the Harbor.’

Port of Cork Harbor Master, Captain Paul O Regan commented on the wave buoy saying: ‘To date the wave data we have collected has been extremely useful with regards to our shipping operations. Safety is our first priority at the Port of Cork and this technology will assist us as we see larger vessels arriving into the port.’