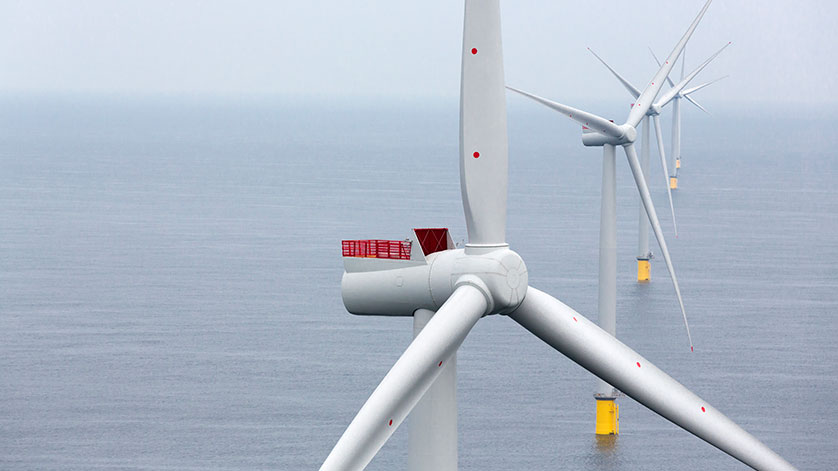 Siemens Gamesa Renewable Energy, through its fully owned subsidiary Adwen France SAS, plans to deliver its 8 MW offshore wind turbine, the D8, in two projects off the French coast, namely Dieppe-Le Tréport and Yeu-Noirmoutier, for a total of almost 1 GW. The direct drive wind turbine will replace Adwen’s AD8 model following Siemens Gamesa’s decision to focus its sales efforts on one 8MW platform. As a result, the manufacturing of the AD8 will be discontinued while further developments of the technology will be part of the company’s comprehensive product portfolio review.

The switch to the D8 platform as the technical solution for the projects being developed by Eoliennes en Mer Iles d’Yeu et de Noirmoutier and Eoliennes en Mer Dieppe Le Tréport, has been approved by the French Minister for the Ecological and Inclusive Transition after review by the Energy Regulation Commission (CRE). The change for the project developed by Ailes Marines in the bay of Saint-Brieuc has also been communicated to the government and is still under the approval process.

Siemens Gamesa further confirms that the switch has no impact on Adwen’s plans to build two factories in Le Havre, one for nacelles and one for blades, and to collaborate in the development of a local supply chain in France. The company also expects to create a minimum of 750 new jobs.

“This decision is a crucial milestone for the French offshore wind industry. Siemens Gamesa will deliver the most popular offshore wind platform and will bring its unmatched experience working in offshore projects. I am convinced this will help the industry take-off and I am happy to see that all parties involved, including our customers and the French State, acknowledge the benefits of installing the D8 in these projects”, explained Michael Hannibal, Siemens Gamesa CEO for Offshore.

The D8 8-MW turbine is based on the existing Siemens Gamesa offshore direct drive platform which has an excellent track record. More than 200 direct drive wind turbines in the 6-8- MWclass have already been installed and commissioned in offshore wind farms.

The energy production of one Siemens Gamesa 8-MW machine is sufficient to supply approximately 8,000 European households with electricity. The power supplied on Dieppe-Le Tréport and Yeu-Noirmoutier will be sufficient to cover the annual electricity consumption of close to one million households.