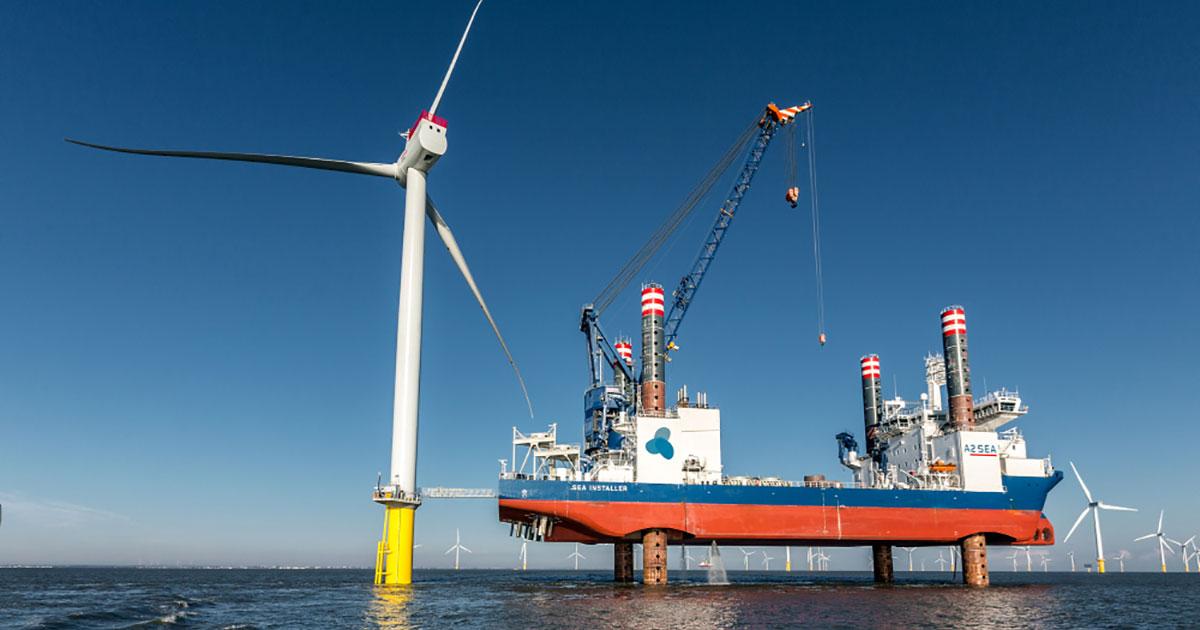 On April 16, 2019, the Arkona offshore wind power plant was officially opened by owners E.ON and Equinor in the German Baltic Sea.

Siemens Gamesa Renewable Energy (SGRE) carried out construction works including the installation and commissioning of 60 SWT-6.0-154 direct drive offshore wind turbines in a record time of only five months between June and October 2018 and ahead of schedule. The Arkona power plant has a total capacity of 385 MW and will supply around 400,000 average German households with electricity annually. Siemens Gamesa installed and commissioned the turbines in the wind park area covering 39 square kilometers on monopile foundations at water depths between 23 and 37 meters. The wind power plant is located in the German Exclusive Economic Zone in the Baltic Sea, 35 kilometers northeast of the island of Rügen.

All the work at sea were carried out smoothly together with the developer from the port of Sassnitz-Mukran in less than five months. Siemens Gamesa applied its proven 24/ONE concept, in which a turbine is installed within 24 hours. The aim is to reduce installation times through efficient project management and to consequently increase customer benefit. In just over three months, the offshore turbines were installed from an installation ship provided by the operator. Only two days after completion of the installation work, all the wind turbines were fully operational at sea. As a result, the wind power plant was completed much earlier than planned and commissioned by the consortium operating the wind power plant, consisting of the German energy supplier E.ON and the Norwegian energy company Equinor.

"We are delighted to have delivered the first Baltic Sea installation of the SGRE 6 MW direct drive offshore wind turbines safely, reliably, and rapidly. My thanks and appreciation go to the colleagues who have successfully implemented this project from all sides: E.ON, Equinor, suppliers, and Siemens Gamesa. Excellent cooperation and a strong desire to perform at world-class levels have characterized the project since the beginning," says Andreas Nauen, CEO of the Siemens Gamesa Renewable Energy Offshore Business Unit. “The Arkona wind power plant exemplifies the great contribution that offshore wind power is making in Germany already today. Thanks to rapid technical developments, offshore wind power has matured into a cost-effective energy source within just a few years, providing clean energy for generations to come.”