Royal Dutch Shell plc (Shell) announces a final investment decision on the redevelopment of the Penguins oil and gas field in the UK North Sea.

The decision authorizes the construction of a floating production, storage and offloading (FPSO) vessel, the first new manned installation for Shell in the northern North Sea in almost 30 years.

The redevelopment is an attractive opportunity with a competitive go-forward break-even price below $40 per barrel. The FPSO is expected to have a peak production (100%) of circa 45,000 boe/d. 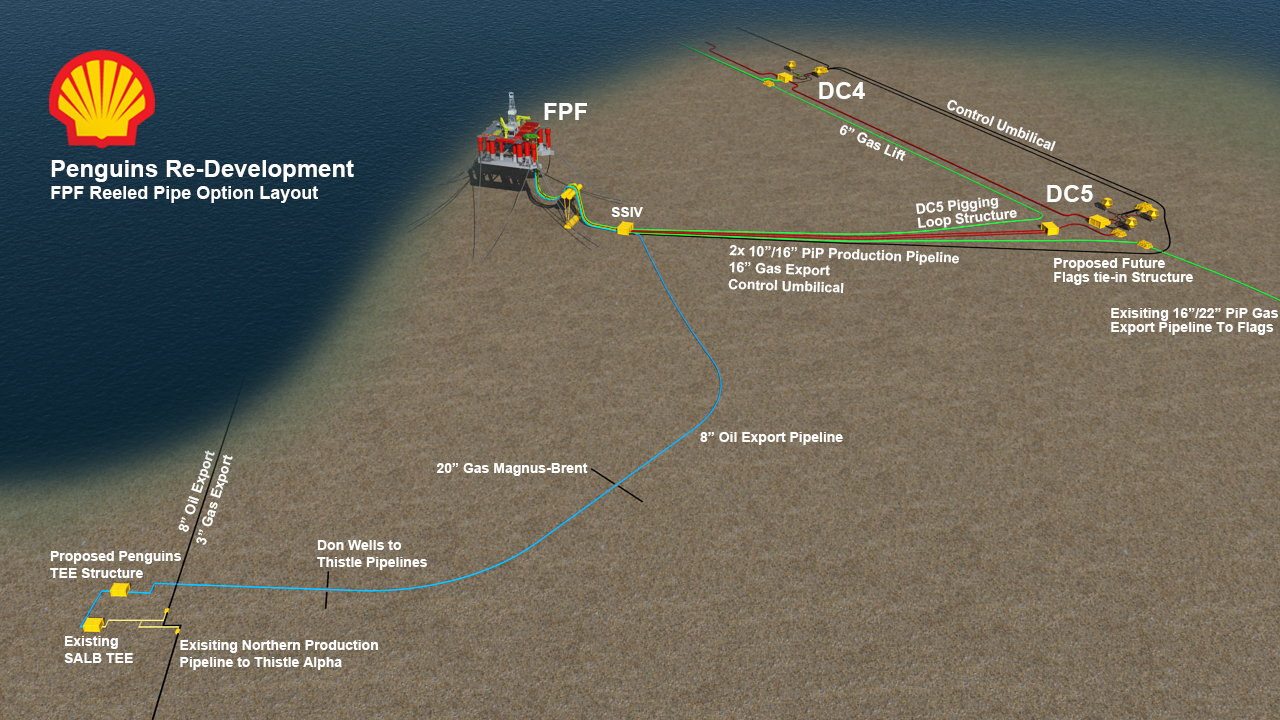 “Penguins demonstrates the importance of Shell’s North Sea assets to the company’s upstream portfolio,” said Andy Brown, Upstream Director. “It is another example of how we are unlocking development opportunities, with lower costs, in support of Shell’s transformation into a world class investment case.”

The Penguins field currently processes oil and gas using four existing drill centers tied back to the Brent Charlie platform. The redevelopment of the field, required when Brent Charlie ceases production will see an additional eight wells drilled, which will be tied back to the new FPSO vessel. Natural gas will be exported through the tie-in of existing subsea facilities and additional pipeline infrastructure.

Steve Phimister, Vice President for Upstream in the UK and Ireland said: “Shell has had a strong presence in this part of the northern North Sea for more than forty years. Having reshaped our portfolio over the last twelve months, we now plan to grow our North Sea production through our core production assets. In doing so, we will continue to work with the UK government, our partners and the regulator to maximize the economic recovery in one of Shell’s heartlands.”

The Penguins field is in 165 meters (541 feet) of water, approximately 150 miles north east of the Shetland Islands. Discovered in 1974, the field was first developed in 2002 and is a joint venture between Shell (50% and operator) and ExxonMobil (50%).