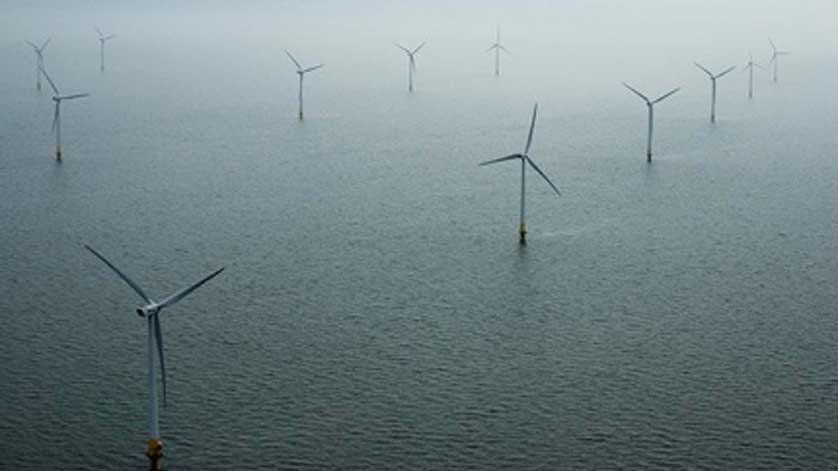 Burbo Bank Extension, a new offshore wind farm capable of meeting the electricity demand of well over 230,000 homes, officially opened at a ceremony in Liverpool on May 17.

The wind farm is a joint venture between DONG Energy (50%) and its partners PKA (25%) and KIRKBI A/S, parent company of the LEGO Group (25%). It is the first offshore wind farm in the world to make commercial use of the MHI Vestas V164-8.0 MW wind turbines.

Just one of these wind turbines produces more energy than the whole of Vindeby, the world's first offshore wind farm constructed by DONG Energy 25 years ago in Denmark.

Henrik Poulsen, DONG Energy Chief Executive Officer, said, "Burbo Bank Extension showcases the rapid innovation in the offshore wind industry. Less than ten years ago at Burbo Bank, we were the first to install Siemens 3.6MW wind turbines and in this short time, the wind turbines have more than doubled in capacity."

Henrik Poulsen continued, "Pushing innovation in this way reduces the cost of electricity from offshore wind and will help to advance the offshore wind industry across the world. The project has also helped to develop the UK supply chain. It's the first offshore wind farm to use UK manufactured blades and the order for transition pieces was the first for Teesside factory Offshore Structures Britain."

Peter Damgaard Jensen, PKA CEO, said, "Since our first investment in an offshore wind farm in 2011, PKA has focused its strategy on investing in renewables and divesting from coal and oil companies. Today, PKA has invested in four offshore wind farms that provide renewable energy to around a million households. We're proud to be able to provide a good return to the pension savers and at the same time make a positive difference."

Bali Padda, CEO of the LEGO Group, said, "We want to make a positive impact on the planet that children will inherit, and we've set an ambitious goal of balancing our energy use with production of renewable energy by 2020. With the inauguration of the Burbo Bank Extension Wind Farm, we've now reached this goal three years ahead of our target. We'll continue to invest in renewables and we hope to inspire the future development of renewable energy to ensure a positive impact on the world for the builders of tomorrow."

DONG Energy is building a new multi-million pound operations facility in Merseyside that will serve both Burbo Bank Extension and the existing wind farm in the area, Burbo Bank. Up to 75 jobs will be created during the construction of the facility, while around 45 people will be permanently employed at the site once it is operational later this year.