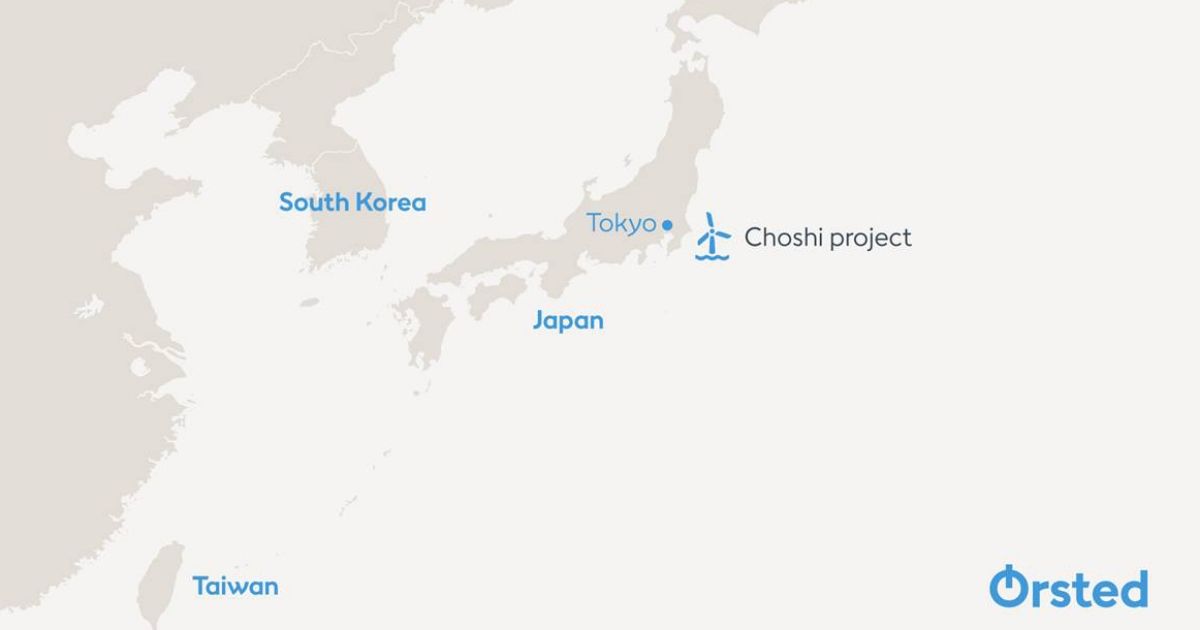 In January 2019, TEPCO and Ørsted signed a memorandum of understanding to work jointly on offshore wind projects and have since then been working together to establish a framework and organizational structure for joint development of the Choshi Offshore Wind Project.

TEPCO and Ørsted, having formalized their collaboration to develop the Choshi Offshore Wind Project, will submit a joint bid in the Round 1 auction once the Japanese government officially designates the Choshi-city offshore wind promotion area, and further work together on future offshore wind opportunities in the area.

TEPCO Representative Executive Officer and President, Tomoaki Kobayakawa, says "TEPCO and Ørsted have been making excellent progress in developing our partnership and we are ready to see successful development of the Choshi Offshore Wind Project. Our two companies have agreed to establish a unique framework that enables us to effectively integrate and leverage strengths and expertise from both sides. We are confident this is key to succeed in the Choshi Offshore Wind Project."

Ørsted Chief Executive Officer, Henrik Poulsen, says "I am pleased to see our close collaboration with TEPCO for more than one year has led to the successful establishment of the joint venture company for the Choshi Offshore Wind Project. With Ørsted's strong global capabilities and TEPCO's local expertise, we are well prepared and dedicated to participating in the upcoming auction."

"This joint venture is not only a significant step in Ørsted and TEPCO's efforts to deliver on Japan's ambitions for domestic renewable power generation, but also a landmark moment for Ørsted's market entry in Japan and for our aspirations to help Japan become a leading offshore wind market in Asia Pacific."