Norway Leads the Way with Emissions Intensity and Electrification Projects 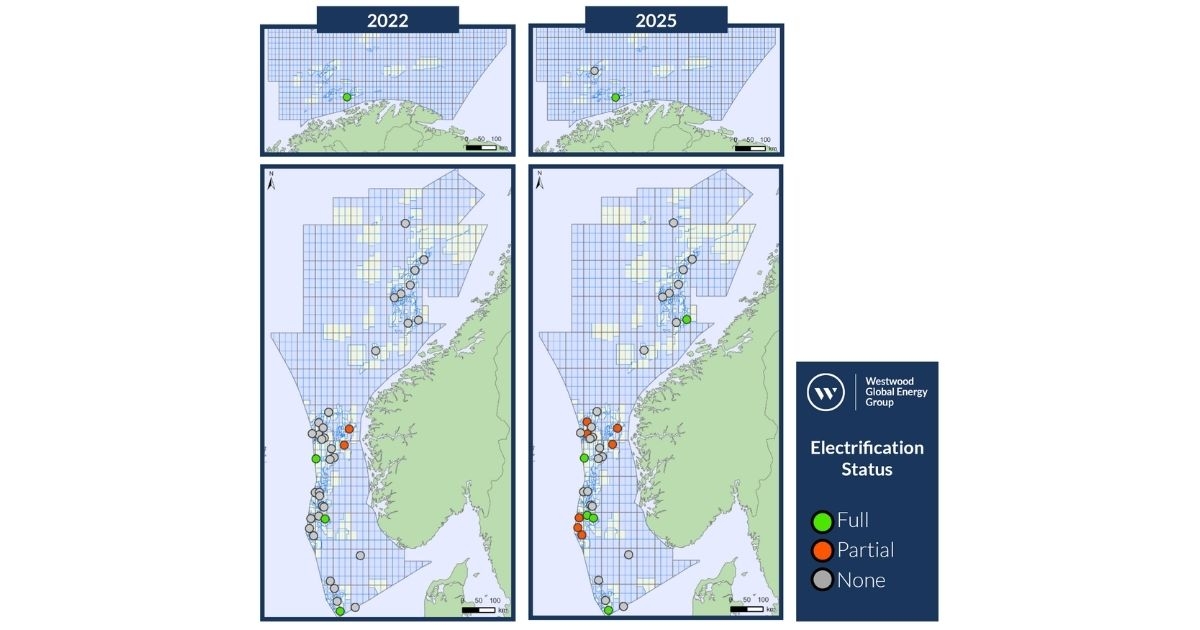 Following a recent Westwood Insight on emissions performance of the UKCS, this insight looks at how Norway is performing and leverages data available in Westwood’s Northwest Europe E&P product, Atlas. Westwood takes a deep dive into Norway’s emissions forecast and the impact future electrification projects are expected to have.

It is well documented that Norway has one of the lowest offshore CO2 emissions intensity (EI) values in the world. Westwood predicts that 2022 will be no different, with an EI of 7 kgCO2/boe, which is forecast to continue to decline as more platforms are electrified.

Troll A was the first platform on the Norwegian Continental Shelf (NCS) to utilise power from shore, back in 1996, and the region has continued with a number of “firsts” ever since. Gjøa was the first floating production platform in the North Sea to be powered from shore. Martin Linge is powered from shore with what at the time was the world’s longest alternating current (AC) cable. While electrification of Johan Sverdrup has created one of the most carbon efficient oil and gas field operations in the world.

Westwood currently holds six platforms that are fully or partially electrified from shore, namely Troll, Johan Sverdrup, Martin Linge, Valhall, Goliat and Gjøa. Combined, these six hubs account for nearly 40% of Norway’s 2022 production, but only 10% of the region’s CO2 emissions, with an average EI of 1.7 kgCO2/boe. It would be easy to assume that Norway’s low EI is a result of these electrified hubs, and while undoubtably their emissions performance is a factor, it would be a discredit to the other hubs to oversimplify this assumption. The remaining (non-electrified) hubs in Norway still boast an average EI of 10.5 kgCO2/boe, lower than the global average and well below Westwood’s UKCS forecast of 20.9 kgCO2/boe for 2022.

There are a number of factors that contribute towards Norway’s emissions performance and why electrification projects have and will continue to progress: 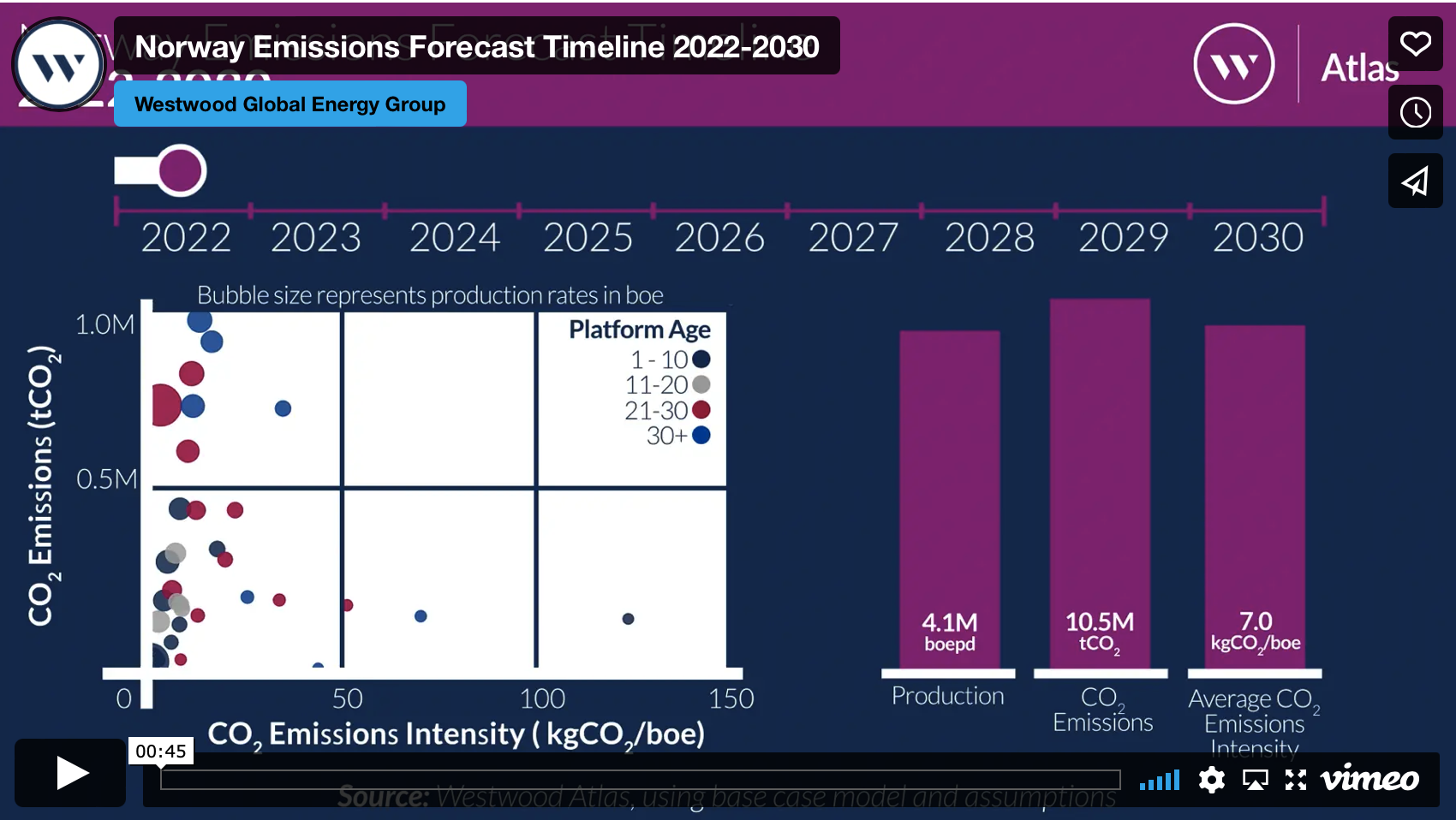 Outlook shows electrification on the up

By 2025, Westwood models that a further seven hubs will be electrified. The Utsira High Phase 2 project is due online by 2023. The initial proposal was to electrify Gina Krog, Ivar Aasen and Edvard Grieg with power from shore, but an additional power cable from Gina Krog to Sleipner will now be installed which will also allow partial electrification of the Sleipner hub and indirectly Gudrun, with an existing power cable already being available between the two. The Hywind Tampen floating offshore wind farm will be used to partially electrify the Snorre and Gullfaks platforms by 2023, while Troll B and Draugen are also expected to be electrified by 2025.

As a result, over 50% of Norway’s production in 2025 will come from fully or partially electrified platforms, bringing the country’s EI close to 6 kgCO2/boe. As presented in the time lapse below, under base case assumptions Westwood forecasts the EI to remain low through to 2030.

Further announcements are expected as the region continues to electrify, with Trollvind being the most recent project to be evaluated. The project is aiming to construct a 1GW floating offshore wind farm which would not only supply power to the Bergen region but could also support the electrification of Troll and Oseberg through an onshore connection point, with potential start-up in 2027. In Westwood’s current emissions model, Oseberg is the largest CO2 emitter in the region by 2028. However, partial electrification of Oseberg has the potential to nearly half the platform’s emissions, reducing CO2 emissions by over 300,000 tCO2 and reducing the EI from 16.8 kgCO2/boe to 9.7 kgCO2/boe.

With more electrification projects undoubtably in the pipeline, Norway will continue to have one of the lowest offshore EI values in the world for many years to come.