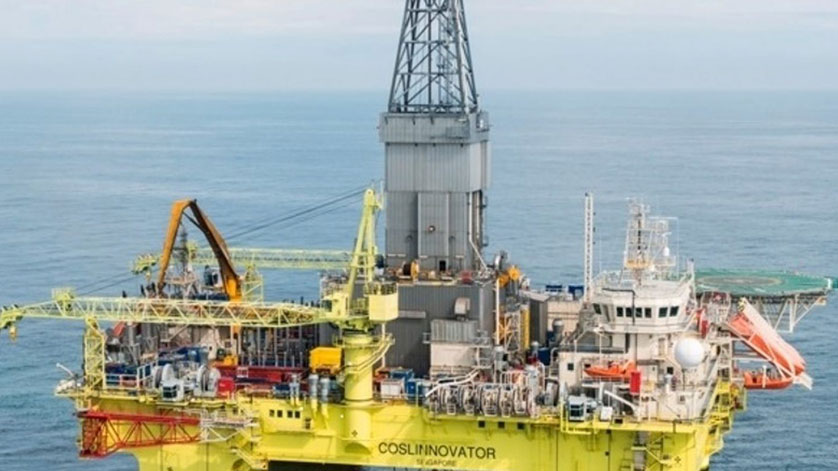 Lundin Norway has conducted a successful well test over a ten-day period on Rolvsnes in the North Sea. The test confirms a completely new exploration concept on the shelf. Lundin Norway says the test shows that they can produce oil and gas from fractured and weathered basement rocks.

Appraisal well 16/1-28 S is the first well to be drilled on the Norwegian shelf with a horizontal reservoir section in fractured and weathered basement rocks. The objective was to see whether such a well can deliver production rates that are commercially interesting, as well as to assess reservoir quality. Preliminary estimates of the size of the discovery are between 2 and 11 million Sm3 recoverable oil and between 0,1 and 2 billion Sm3 recoverable gas.

Until now on the Norwegian continental shelf oil deposits in basement rocks have not been commercialized. In simple terms, the reservoir rock must be sufficiently porous to have room for hydrocarbons and this is not generally the case for granitic basement rocks. However, if the granite is sufficiently fractured, and if it has also been subjected to weathering in that water has flowed through the fracture system, dissolving the minerals, then it could have fractures and pores that are saturated with hydrocarbons. If there is a strong degree of weathering, as seen on Rolvsnes, the granite is dissolved and has good reservoir properties.

Exploration Director at the Norwegian Petroleum Directorate (NPD) Torgeir Stordal comments: “It is encouraging that the PL338C partnership has been able to demonstrate that production can be achieved from fractured and weathered basement in the Utsira High area. The acquisition of dynamic data in appraisal wells such as Rolvsnes, is key to understand the production potential of these reservoirs”, says Stordal. “The NPD will follow the further activity in PL338C with great interest, as results from these efforts could lead to renewed industry attention to this play and eventually open up new opportunities on the NCS”.

Rolvsnes was discovered in 2009 in production license PL338 C. The test in appraisal well 16/1-28 S confirmed the concept of fractured and weathered basement rocks as an independent play model. However, a step-by-step approach is required before Lundin Norway will know whether the discovery can become a full field development.

Lundin Norway says they have gained important experience from the Edvard Grieg field, where one area of the reservoir consists of a thin sandstone layer situated on top of a column of weathered basement rock. One of the production wells in the sandstone also penetrates the basement in certain areas. Empirical data from production indicates that the reservoir in the fractured granitic basement rock contributes better than expected. This increases our optimism for Rolvsnes.

Assessments will now be made on how to proceed with test production from Rolvsnes over a longer period of time to better understand the production characteristics of the reservoir. The company also plans to drill the Goddo exploration well in 2019, which is targeting a similar basement reservoir system and is in close proximity Rolvsnes.

Lundin Norway’s license portfolio includes several prospects where Lundin Norway believes that the reservoir consists of fractured granitic basement rock. Lundin Norway says that the fact that they have now confirmed this exploration concept opens up the potential for further basement plays on the Norwegian shelf.