Industry Leaders Getting Ready for a Lower-Carbon Energy Mix 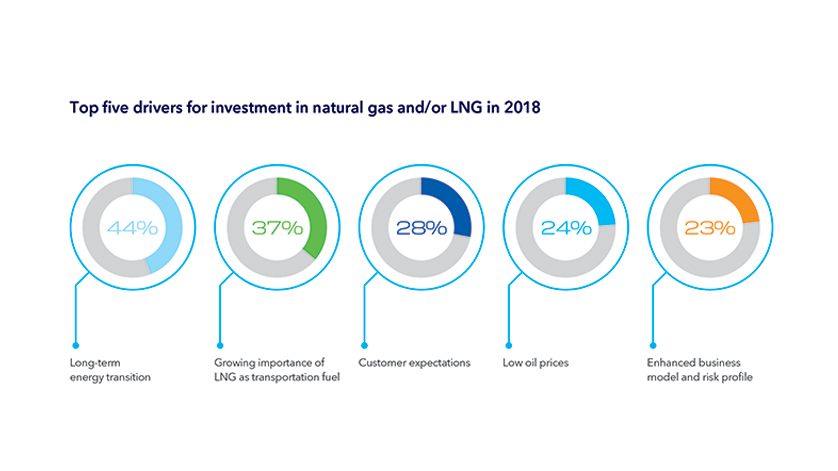 Nearly two-thirds (64%) of oil and gas sector leaders expect to increase or sustain spending on gas projects in 2018, as the sector prepares for gas to overtake oil as the world’s primary energy source in the mid-2030s.

Confidence in the case for gas is growing, according to a survey by DNV GL, the technical advisor to the industry. The vast majority (86%) of the 813 senior industry professionals surveyed agree that gas - the least carbon-intensive fossil fuel - will play an increasingly important role in the global energy mix over the next decade, up from 77% last year.

The findings appear in Transition in Motion, a special report from DNV GL’s research on the outlook for the oil and gas industry in 2018. It reveals the primary driver for investment in natural gas and LNG projects this year is the global energy transition. 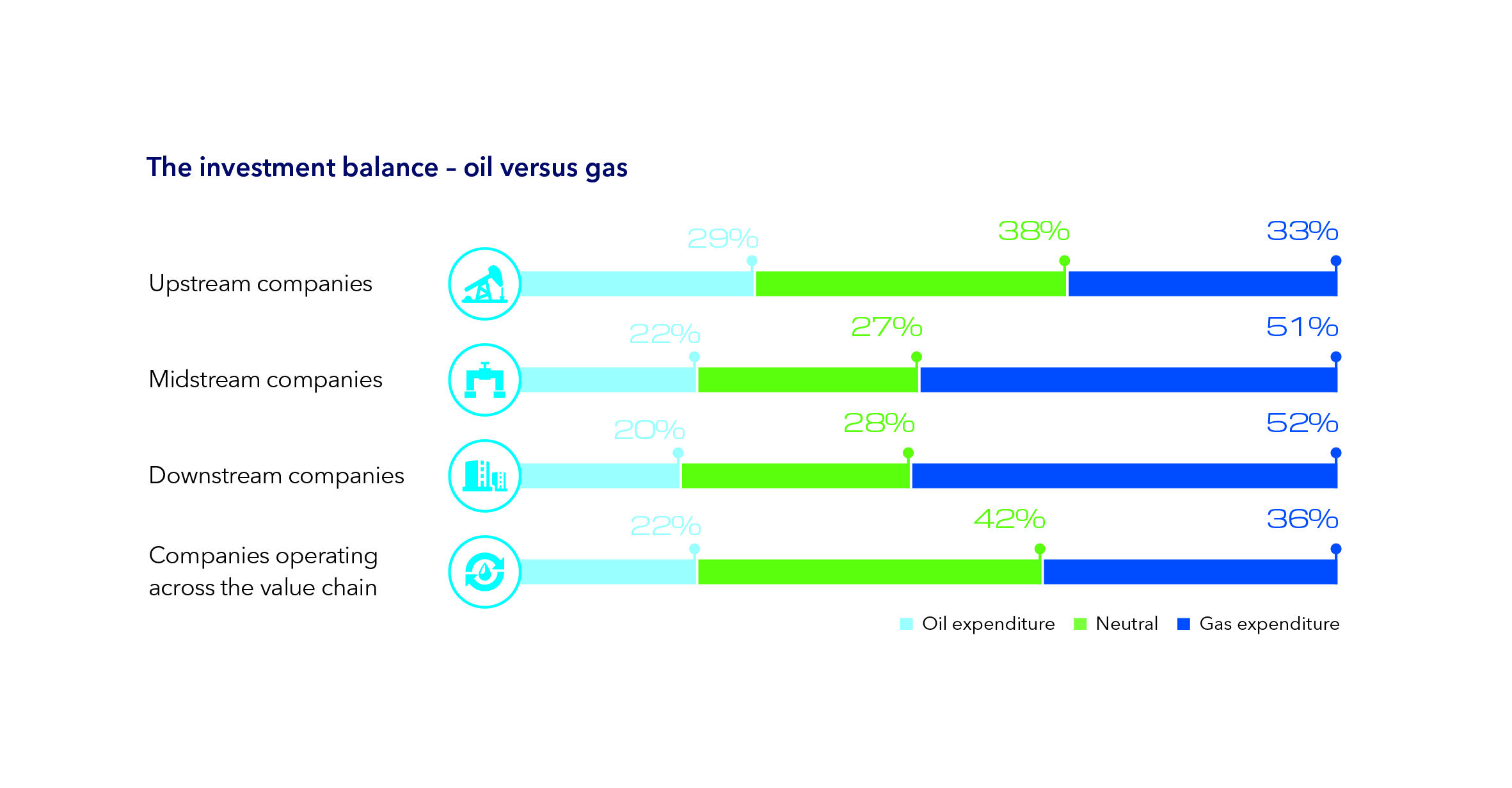 The investment balance-oil versus gas

The pace of the oil and gas industry’s intentions to lower carbon emissions differs by region, however. Just a third of survey respondents in North America (33%) say that their company is actively preparing for the shift to a lower carbon energy mix this year, compared to more than half (51%) in Middle East and North Africa.

The stage is set for gas to become the largest single source of energy. Demand for it will peak in the mid-2030s, well after the use of each of the other fossil fuels has gone into long-term decline, according to DNV GL’s 2017 Energy Transition Outlook, an independent forecast of the global energy mix in the lead-up to the mid-century. The model predicts the industry’s intentions for increasing gas investments will accelerate in the early-2020s as major oil companies decarbonize their business portfolios. 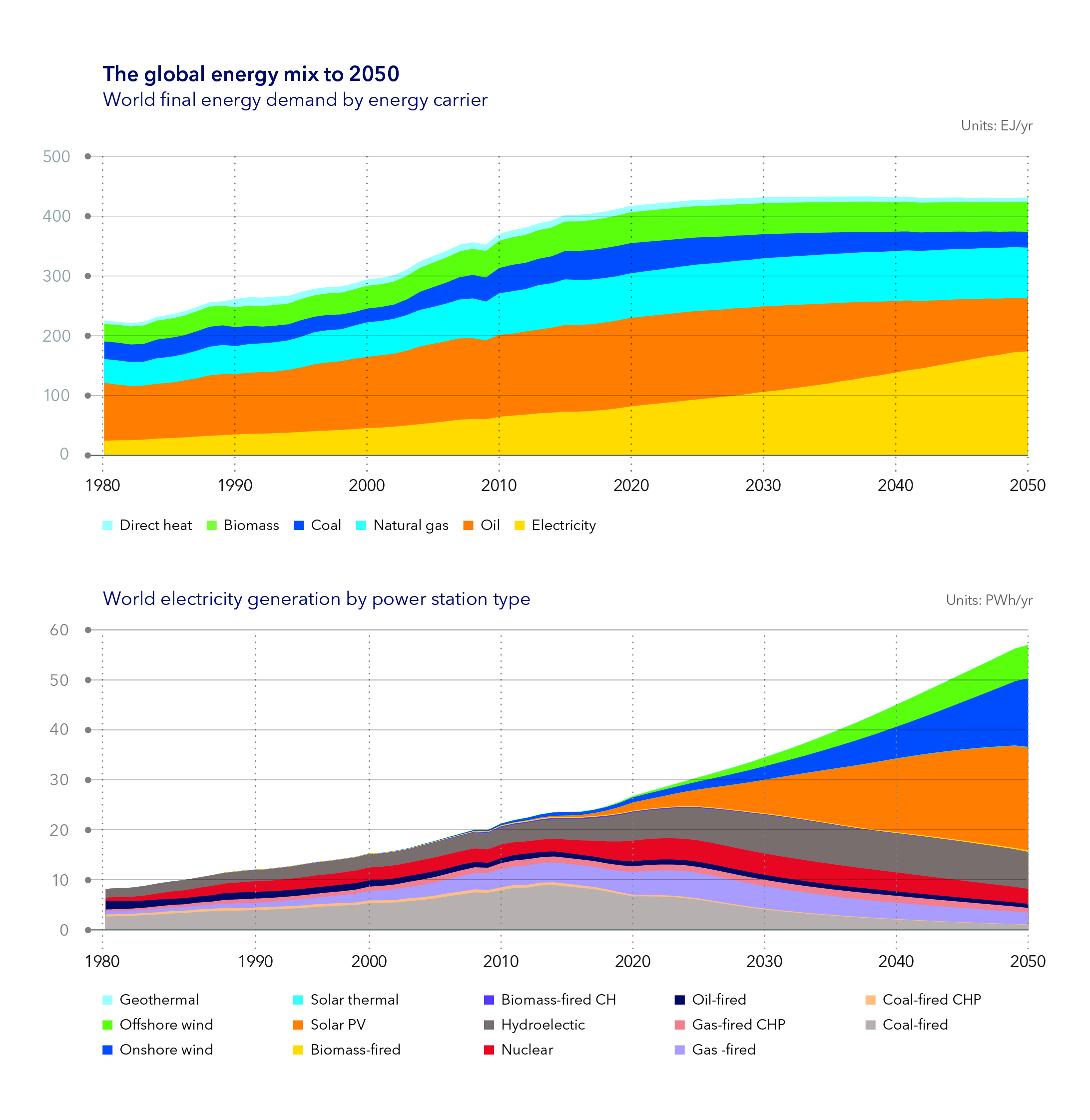 “Society’s transition to a less carbon-intensive energy mix is already a reality, and oil and gas will continue to be crucial components. Our research affirms that the industry is already taking positive steps to secure the important role we forecast gas to play in helping to meet future, lower-carbon energy requirements,” said Liv Hovem, CEO, DNV GL- Oil & Gas.

“Significant investment will be needed in the gas industry over the coming decades to increase capacity, transform assets to source and transport a decarbonized mix of energies, and to safely build and maintain the infrastructure needed to connect emerging supply regions with evolving demand centers,” Hovem added.

Power generation is predicted to be the primary consumer of gas in most regions, though manufacturing could demand similar volumes in emerging markets. DNV GL’s 2017 Energy Transition Outlook suggests that North East Eurasia and the Middle East and North Africa will increase gas output towards 2040 at least, overtaking North America as the world’s largest gas producer. Production is also forecast to double in China, the Indian Subcontinent and South East Asia.

Download a complimentary copy of Transition in Motion from here.

The 2018 edition of DNV GL’s Energy Transition Outlook will be published in a suite of reports on 30 August. It will feature adjustments and refinements to the company’s forecast of the global energy mix, based on new data. It will also include new topics such as energy infrastructure, the role of hydrogen, and the impact of digitalization on the energy transition.

DNV GL will be exhibiting (booth 3439) and presenting at the World Gas Conference 2018, which takes place in Washington, DC, from 25-29 June