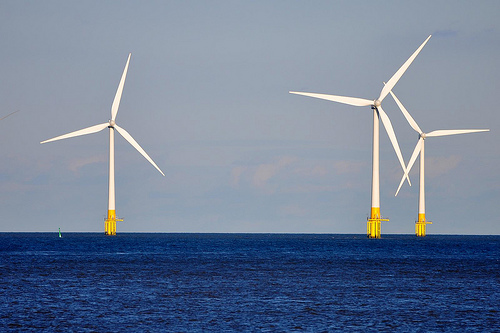 As per a new report by Quartz+Co and MEC Intelligence, the recent developments on policy front, local stakeholder ambitions, and project development indicate a shift towards growth in China’s offshore wind market. However, the local industry is still young and European companies should be ready to take advantage of their experience and the capabilities to explore the opportunity.

In the past five years, offshore wind has grown to become the fastest growing Cleantech technology in Northern Europe. Expectations for growth in the industry far exceed anything ever experienced before in the Cleantech sector. The industry though traditionally concentrated in Northern Europe and around the North Sea, is now anticipating a major shift in its centre of gravity. A roundup of recent trends and developments in the industry indicates that China is expected to be a front-runner in terms of installed capacity of offshore wind.

High Ambitions & Evolving policy and supply chain The Chinese government in 2010 set a target of 30GW installed offshore wind capacity by 2020. Comparatively the global offshore wind installed capacity itself stood at 5,480 MW at the end of 2012; Europe and China accounting for 90% and 9% of the market share respectively. Europe is expected to have an installed capacity of ~30GW itself by 2020.

The target is widely considered to be ambitious considering that the offshore wind industry is at a nascent stage, with only a few projects having been installed so far. And there being a lack of clear plan and approval mechanism.

Policy and projects gaining momentum Activities over the last one year, however, show that the industry is beginning to enter into growth phase. Offshore wind has recently been given priority status and it augurs well for the development of the industry. The government has taken the first step towards rectifying the problem of low tariffs ranging between EUR 0.08-0.09/kWh in first concession bidding by trying to discover benchmark prices through direct approvals. It is expected that competitive benchmark prices will be introduced to upsurge the pace of development. Furthermore, the government has extended its learning from onshore wind and has introduced a grid connection approval mandate before construction begins to avoid curtailment due to lack of grid connection. Most importantly, long standing projects have been granted approval and 628 MW projects are already under construction, and about 3.4 GW of projects being consented in Hebei, Jiangsu, Shanghai, Zhejiang Fujian & Guangdong.