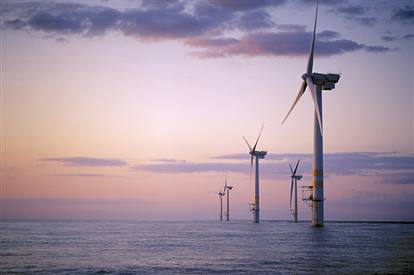 The Bureau of Ocean Energy Management (BOEM) has announced it will initiate planning with the State of California to establish an Intergovernmental Renewable Energy Task Force to examine opportunities for offshore renewable energy development along the Golden State.

California Governor Jerry Brown requested formation of the task force in a May 12 letter to Interior Secretary Sally Jewell. The announcement was made during a BOEM-sponsored Offshore Wind Roundtable that brought together representatives from foreign governments, state policymakers, experts in offshore wind, and members of industry to share information on offshore wind development. The roundtable was convened in advance of the 7th Clean Energy Ministerial meeting being held this week in San Francisco, California.

“In response to Governor Brown’s request, Interior Secretary Sally Jewell has directed BOEM to work with the State of California to establish a task force to coordinate and consult on potential renewable energy activities on the OCS offshore California,” said Janice Schneider, Interior Assistant Secretary for Land and Minerals Management.

The task force, a non-decisional entity, will facilitate coordination and communication in a partnership between BOEM and state, local, and tribal governments and federal agencies concerning potential renewable energy leasing for research activities and commercial development on federal submerged lands on the Outer Continental Shelf (OCS), offshore California.

“While offshore renewable energy resources have not yet played a significant role in California’s energy system, they present important potential future opportunities,” said California Governor Jerry Brown in his May 12 letter to Secretary Jewell. “There are significant offshore resources along most of California’s coast that complement the profile of onshore solar resources, and new developments in offshore wind technology – such as larger facilities that are not visible from land and present little to no adverse avian impacts – will likely make projects more viable.” “Working closely with stakeholders will allow us to identify and address issues relating to future offshore renewable energy leasing and development in a way that supports California’s clean energy goals, ” said BOEM Director Abigail Ross Hopper.

BOEM has established Intergovernmental Renewable Energy Task Forces for 13 other coastal states, which provide critical information for our decision-making process, including how to resolve potential conflicts between development and environmental concerns and other uses. Today’s Offshore Wind Roundtable also provided participants with a unique opportunity for multilateral engagement and sharing experiences in marine-based wind research and development.

According to the National Renewable Energy Laboratory, areas of the west coast of the United States (and Hawaii) hold great renewable energy potential. In particular, these areas have the potential to generate over 1.5 terawatts of offshore wind energy. This potential presents a compelling market opportunity that would assist states in meeting many of their ambitious and critically important renewable energy goals.