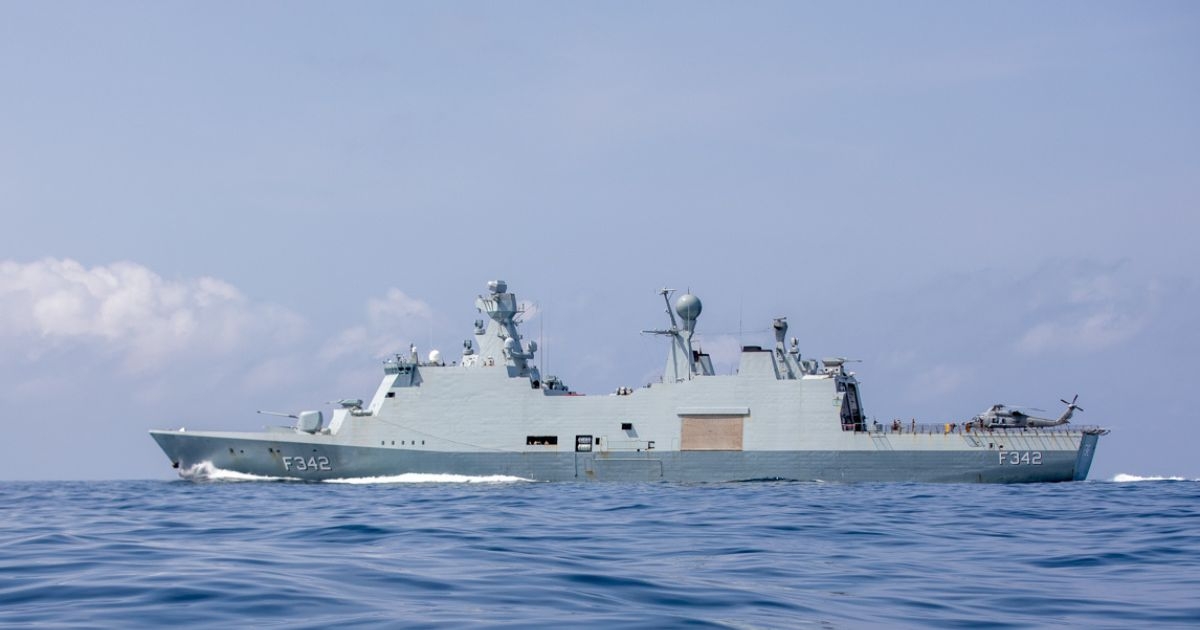 The frigate Esbern Snare is one of four Danish naval vessels that will be retrofitted with Vestdavit’s new davit system. Photo: Anders V. Fridberg/Danish Armed Forces

Vestdavit has literally extended its range of boat-handling systems with a new telescopic davit specially designed and developed for a technically demanding retrofit contract with the Royal Danish Navy.

The leading Norwegian davit supplier has now secured the coveted award to deliver a total of eight TDBS 8000 systems for launch and recovery of fast rescue boats that will be installed on four existing Absalon and Iver-class naval frigates.

The advanced davit is uniquely designed to function in a similar manner to a crane with a telescopic arm that can extend up to seven meters and handle boat loads of up to eight tonnes, based on high-performance requirements under the contract tender.

The DNV-approved solution is mounted on a slewing foundation that can swivel outwards from a longitudinal position in a confined space on the side of the vessel hull, with the foundation also part of the package to be delivered and installed by Vestdavit.

The system, which complies with Solas requirements, is capable of deploying and retrieving craft in sea state 6 - making it suitable for operation in harsh weather and wave conditions - and is designed to handle multiple sizes of craft as well as future boat types.

Among the vessels to be retrofitted, the frigate Peter Willemoes has recently been deployed to bolster Nato’s naval force in the Baltic region, while frigates Absalon and Esbern Snare have been used in UN-led anti-piracy operations off the east and west coasts of Africa, respectively. The remaining frigate is the Nils Juel.

Vestdavit began working on the contractual tender process back in 2018, evolving and developing the innovative davit concept over the past four years in alignment with the client’s detailed specifications, according to Managing Director Rolf Andreas Wigand.

He explained a major challenge was limited space availability due to the narrow location of the top-mounted system on the side of the vessel and the need to avoid installing davit structures and components on the main deck. 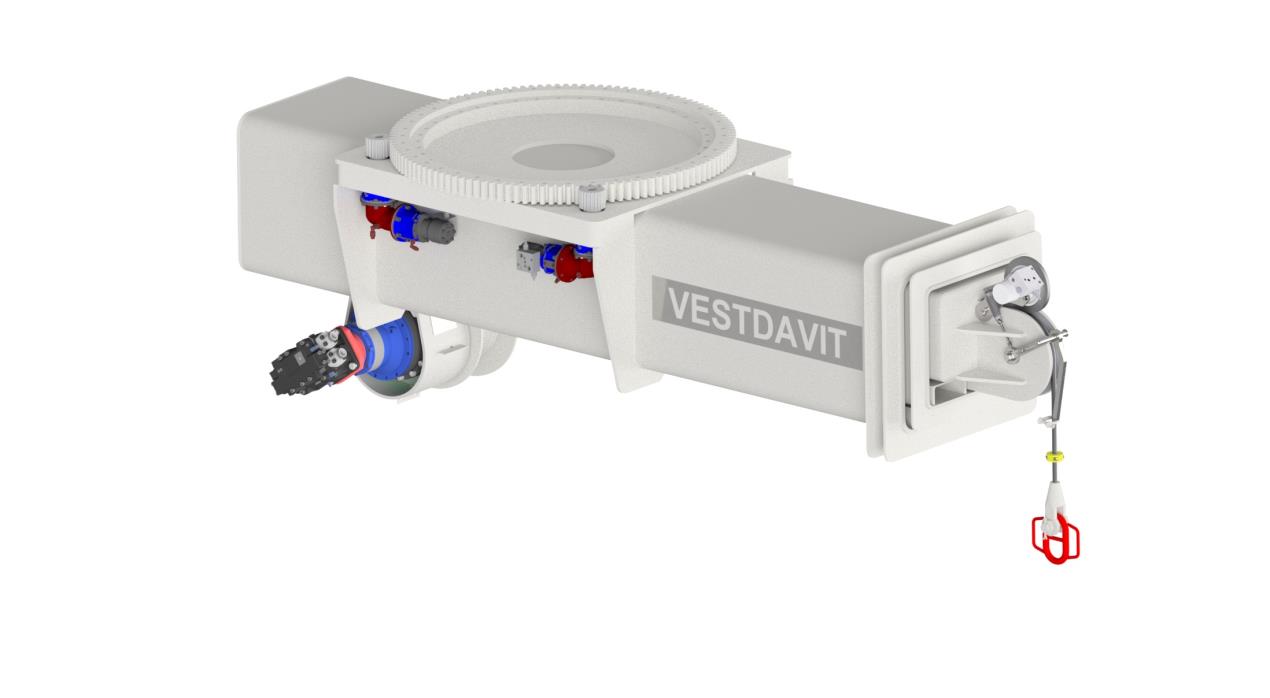 Vestdavit will deliver a total of eight TDBS 8000 systems to four frigates for the Royal Danish Navy. Image: Vestdavit

Consequently, Vestdavit has designed the system with a high level of functional automation given the geometrical limitations for manual operations, with digitalized remote control of davit movements.

“This new solution combines the versatile features of a crane with the functionality of a davit to provide extreme performance in terms of outreach extension and lifting capacity. As such, this represents a further evolution of our telescopic davit range,” Wigand says.

Among the client’s requirements was a demand for high-quality materials for all davit components to ensure robustness of the system, which is allied with the proven reliability of Vestdavit technology demonstrated from multiple installations for several navies worldwide.

The supplier was given a tight budgetary framework within which to develop the system but was still able to win the contract award with the most competitive price, according to Wigand.

“Based on our experience of developing advanced davit systems over many years, Vestdavit has been able to exercise strict cost control to deliver the most cost-effective solution while maintaining recognized performance and quality,” he says.

“It was important for us to be chosen for such a complex and demanding project as we are considered one of the most progressive players in the global market in terms of technology development.

“And it is also gratifying that one of our biggest customers, for whom we have delivered some of our most high-performing systems, has again shown its trust in Vestdavit with this contract award.”