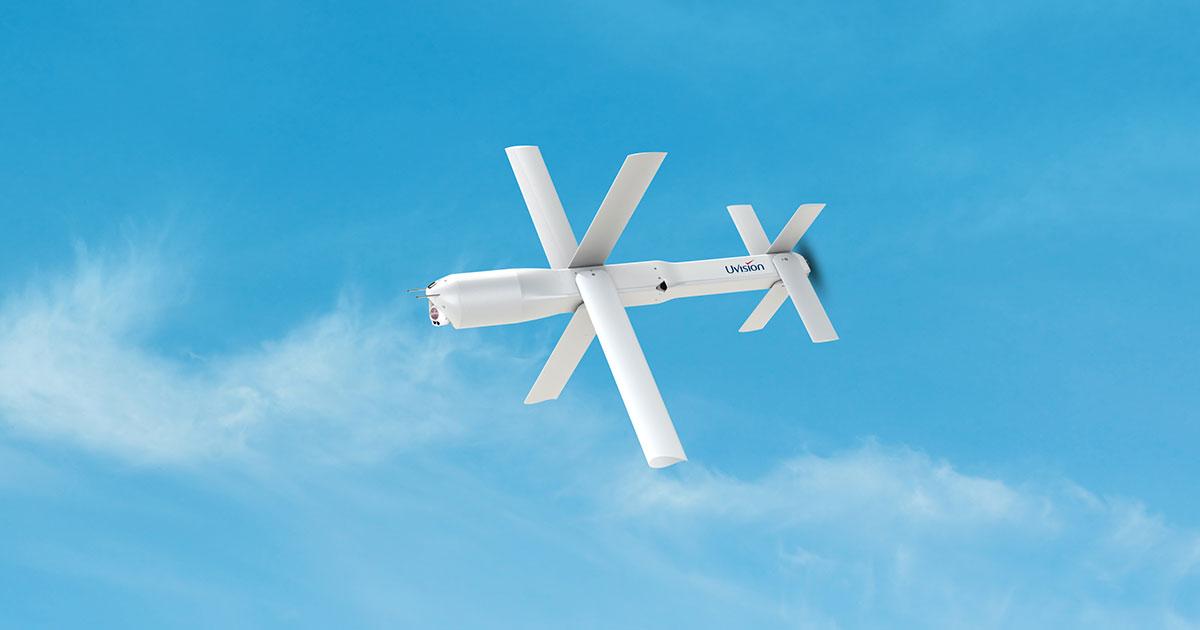 UVision Air Ltd. a global pioneer in the area of lethal loitering systems for a wide variety of missions ‒ will unveil the Hero-400EC’s Multi-Canister Launcher at the Paris Air Show. The new launcher is suitable for a wide range of land and naval applications. An advanced configuration of the Hero-120 with powerful multi-purpose warheads will also be introduced at the show.

Due to its long range and endurance capabilities, the Hero-400EC can be launched safely away from enemy lines from a modular multi-tube canister launcher mounted on a range of land or naval platforms. Weighing 650 kg including 6 munitions, the system can also be deployed in Forward Operating Bases and controlled from remote locations. Customers can choose from 4-12 lethal loitering munitions, which can be stored, transported and launched from the sealed canisters, making it a versatile asset on the battlefield.

The Hero-400EC is a long-range, high-precision Loitering munition system with a low acoustic, visual and thermal signature that can locate, track and strike static and moving targets with high accuracy, stealth and minimal collateral damage. Precision strike capabilities, extended endurance of up to 2 hours, and multi-purpose warhead ‒ including concrete piercing, anti-tank, and anti-personnel that handle different types of targets with exceptional accuracy ‒ enable long-range & versatile missions. Due to its exceptional maneuverability, the Hero-400EC provides an advanced mid-air abort capability that allows automatic re-entry into loitering mode, re-engagement, or return to the recovery area using a parachute. 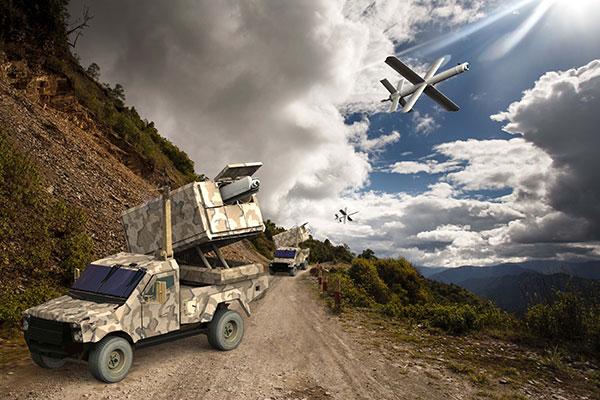 According to Major General (Ret.) Avi Mizrachi, CEO of UVision, “As global leaders in the field of lethal loitering systems, we are constantly responding to urgent requirements from the field. The new, modular multi-canister launcher as well the new advanced edition of the Hero-120 were developed to answer those needs. These capabilities give combat forces better control on the battlefield and suit a wide variety of applications and scenarios."

At the Paris Air Show, UVision will also introduce for the first time the new configuration of the Hero-120 ‒ a portable, modular, customizable loitering weapon system which can be fitted with a range of powerful multi-purpose warheads. The versatile, precision, multi-operational system with a unique aerodynamic structure can carry out pinpoint strikes against mid-range hard targets ‒ vehicles, tanks, concrete fortifications and personnel ‒ in populated urban areas or remote locations with minimal collateral damage. Its high-speed transit flight and low-speed loitering, BLOS capability, and rapid reaction in response to time-sensitive targets deliver a critical advantage in confined and populated battlefields. The lightweight, compact, highly maneuverable man-pack configuration, with extended endurance of over an hour and a loitering range of up to 40 km, can be independently operated by frontline forces, precisely striking time-sensitive targets from a wide variety of angles. Featuring low acoustic, visual and thermal signatures and fully gimbaled and stabilized day/night tracking, the Hero-120 delivers critical situational awareness with its advanced data link and real-time intelligence. Providing advanced abort and target re-engagement capabilities, it provides a whole new range of operational possibilities. Despite being a highly advanced weapon system, the Hero-120 is cost affordable, due to its recoverable option, using a parachute, while securing the warhead.

At the Show, UVision will also highlight the HERO series of Lethal Loitering Systems and will demonstrate an advanced simulation system, allowing a hands-on experience for visitors. The HERO Simulator is used for training forces on the HERO systems, thus avoiding the costs, risks and constraints inherent in live-fire missions. The entire HERO family will also be on display at the event.

KONGSBERG to Unveil New Technologies at

Fugro to Unveil Latest Solutions for Off