Underwater Defense: New Ways to Protect Divers in the Deep 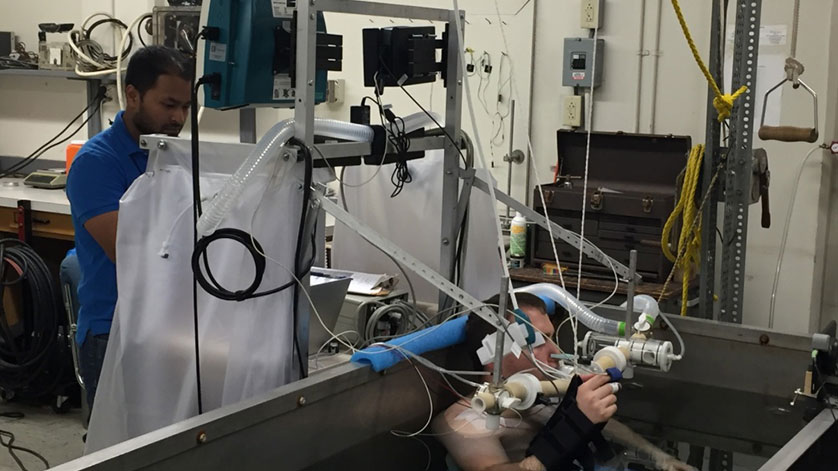 Special operations divers like Navy SEALs take on life-threatening risks such as enemy combatants and harsh environments. But another hazard is silent and unseen-oxygen toxicity, the result of breathing lethal levels of oxygen that occur at depth and pressure.

Oxygen toxicity stems from Navy divers' most precious asset-oxygen itself. Breathable air consists primarily of oxygen, nitrogen and carbon dioxide. While divers need oxygen to breathe underwater, the ratio of gasses can become hazardous the deeper they plunge.

Special operations divers are especially vulnerable. They can encounter deadly levels of nitrogen and carbon dioxide gasses, requiring a rebreather to mitigate the toxicity.

The divers use a closed-circuit rebreather that filters out the gasses in such a way that bubbles don't appear on the water's surface-useful when trying to avoid detection by adversaries. However, this additional stealth increases how much oxygen the divers breathe and, combined with mission stress and physical exertion, can lead to seizures, convulsions, nausea, dizziness and even coma or death-all symptoms of oxygen toxicity.

Johnson and his team built a special water-immersion tank in the University at Buffalo's Center for Research and Education in Special Environments, where scientists can study simulated extreme environments-like breathing different gas mixtures underwater.

During the experiments, which started this month, volunteers sit in the tank for four hours, with their head and one arm above water. They endure changes in water temperature, and breathe air through a rebreather that contains 100-percent oxygen. Their dry arms are outfitted with sensors to measure vital signs.

Johnson's research is unique because his team also sticks acupuncture needle-like microelectrodes directly into nerves-a process called microneurography. This allows them to measure real-time impulses to muscles, skin and blood vessels-and record reactions to shifts in water temperature as well as breathing high levels of oxygen and other gas mixtures.

"It's been shown that breathing 100-percent oxygen on land reduces sympathetic nerve activity, heart rate and blood pressure, which could lead to oxygen toxicity in the water," said Johnson. "How does that apply to someone immersed in water? What impact does cold water have? What impact does breathing different gas mixtures have? We're looking at all these factors to prevent or mitigate oxygen toxicity risk."

Johnson's research is the first to directly measure sympathetic nerve activity through microneurography-with someone immersed in water and breathing different gas mixtures. Each of his 50 volunteers will participate in up to eight immersion sessions. Afterward, Johnson will evaluate the data to come up with potential preventative measures against oxygen toxicity.