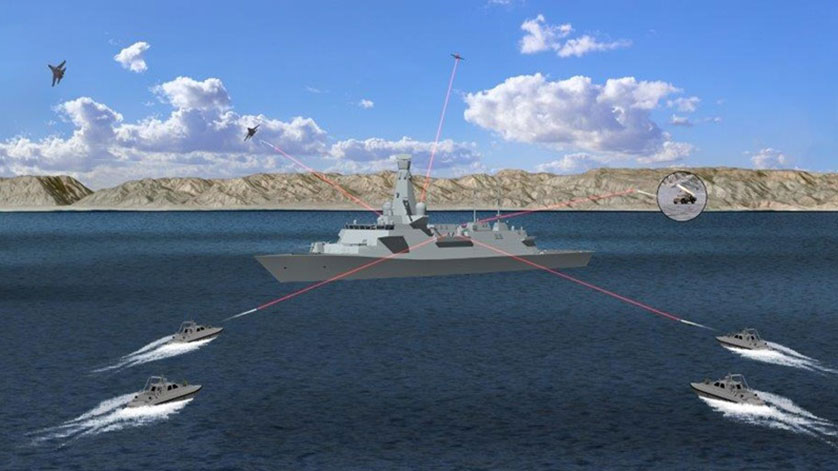 The United Kingdom Ministry of Defence (MOD) is spending £30m turning science fiction into fact and test laser weapons on Royal Navy warships. Industry has been given two years to design, build and then test a laser directed energy weapon at sea and on land. The weapon is intended to down – or disrupt – drones or missiles, fast attack boats and even incoming mortar rounds courtesy of a high-power, concentrated laser beam.

The US Navy already has a laser weapon fitted to the support ship USS Ponce in the Gulf, where it has shot down a drone, set fast attack craft on fire and ‘blinded’ sensors and instruments on weapons systems.

In the UK, a consortium – Dragonfire – comprising a mix of major defense firms such as MBDA and BAE, plus science firms like Qinetiq has formed to produce a similar weapon.

The £30m injection from the MOD will assess how the system can pick up and track targets at various ranges – and in varied weather conditions – over land and sea when it demonstrated in 2019.

If Dragonfire proves successful, the first defensive laser weapons could be fitted to RN vessels in the middle of the next decade.