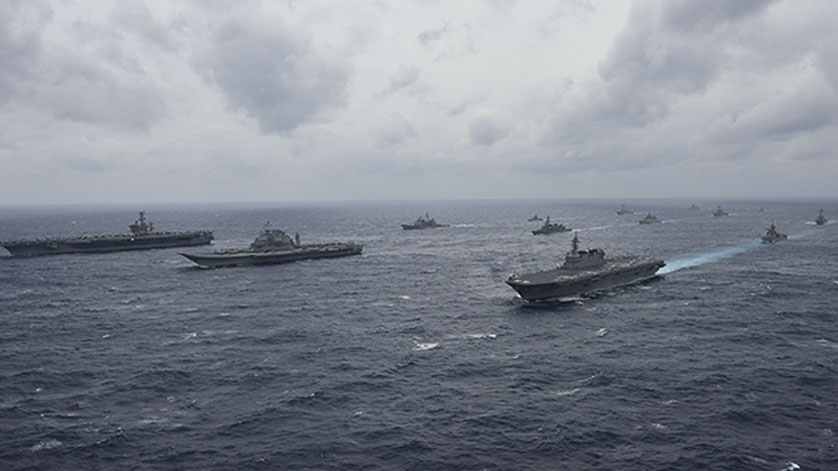 Naval ships, aircraft and personnel from India, Japan and the United States will participate in exercise Malabar 2018, June 7 through 16 off the coast of Guam.

Malabar 2018 is the first time the exercise has been conducted off the coast of Guam, and the latest in a continuing series of exercises that has grown in scope and complexity over the years to address the variety of shared threats to maritime security.

Malabar began in 1992 and this year marks the 22nd rendition of the exercise. The exercise will feature both ashore and at-sea training. While ashore in Guam, training will include subject matter expert and professional exchanges on carrier strike group operations, maritime patrol and reconnaissance operations, surface and anti-submarine warfare, medical operations, damage control, helicopter operations and visit, board, search and seizure (VBSS) operations.

Indian, Japanese and U.S. maritime forces have a common understanding and knowledge of a shared working environment at sea. Each iteration of this exercise helps to advance the level of understanding between the nations' Sailors as members of Indo-Pacific nations, and the hope is to be able to continue this process over time to strengthen bonds and personal relationships.