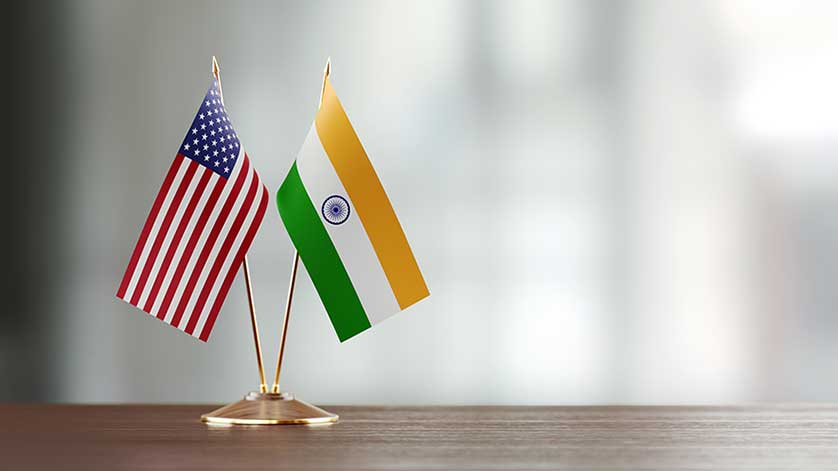 A newly signed agreement that empowers India and the United States to share encrypted communication and satellite data will provide a more powerful marine domain presence for the Indian Navy, but what does it mean for China?

Under the Communications Compatibility and Security Agreement (COMCASA), U.S. warships and aircrafts that detect foreign (e.g., Chinese) warships or submarines in the Indian Ocean Region will alert the warships, submarines, and aircraft of the Indian Navy in real time. Access to a common operational picture, allows India and the U.S. to operate as allies in a combat zone, but that’s not all the agreement does. There are some pretty powerful drones included in the agreement.

The armed Sea Guardian Unmanned Ariel Systems (UAS) manufactured by General Atomics, which the Indian Navy will acquire from the U.S. as part of COMCASA, are fitted with secure, encrypted, and sophisticated military technology. These remotely piloted or fully autonomous craft are capable of flying non-stop for 27 hours at an altitude of 50,000 feet. And they don’t just observe. Aside from their multi-mode maritime radar, they can fire either Hellfire missiles or smart bombs mounted on their wings.

What Does China Think of COMCASA?

Beijing has not formally commented on COMCASA, yet, but any region through which Chinese Maritime trade routes pass is key to the nation’s defense strategies. Still, while China has been willing to press territorial claims in the South China Sea, it has not been as aggressive in the Indian Ocean. Instead, they have promoted political engagement, trade, and investment.

However, according to a new Rand Corp report sponsored by the United States Army Pacific, China could view improved security and economic relations between India and the United States and its allies as a threat.

The Rand report reminds us that “India is the only state on the Asian landmass that compares with China in terms of size, population, economic potential, and military power,” and while relations between the two nations are improving, they remain complicated. As a result, “Chinese naval and maritime affairs publications closely track Indian naval developments due to worries over India’s dominant position astride China’s most important oil routes.”

The report states, “At least some Chinese analysts argue that China should seek international cooperation to manage the security of the Southeast Asia lines of communication in the Indian Ocean because China is not strong enough to secure them itself.”

India has seven naval bases and three listening posts along the shores of the Indian Ocean, while the U.S. Navy maintains a large presence in the central Indian Ocean at the Diego Garcia atoll. China, meanwhile, is investing in a new port facility at Gwadar, Pakistan, which is capable of hosting both commercial and military vessels.

of pearls’ in the Indian Ocean is overhyped. Nevertheless, if conceived of as a network of ports of call for a range of PRC civilian and military vessels, from merchant ships to oil tankers to PLAN warships, then the ‘string’ is more mundane but still significant.”

While some analysts have stated that the port under construction at Gwadar represents a threat to India’s energy supplies and maritime trade, the Rand Corp report maintains that “even if China were to turn Gwadar into a naval base, it would likely not undermine American and Indian dominance of the Indian Ocean.”

BOEM and ASEA Sign Letter of Intent to S