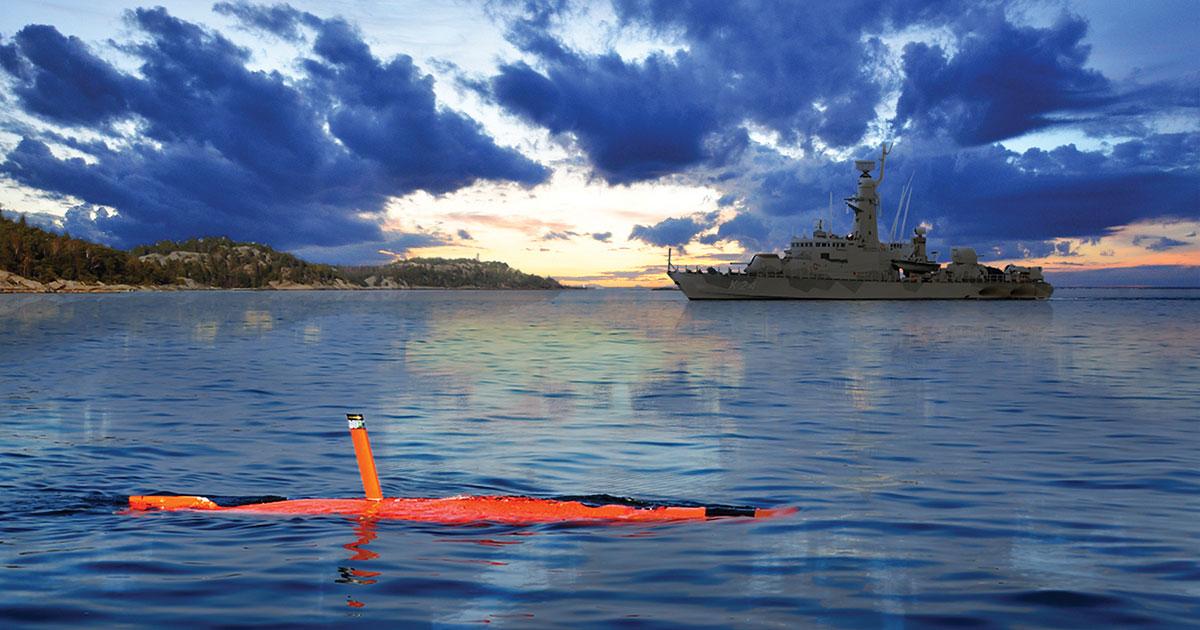 With navies around the world upgrading their submarine programs, effective anti-submarine warfare measures are also needed. Saab’s AUV62-AT acoustic training system provides a flexible and cost-effective way of training crews, without the need for an actual submarine.

Being able to detect, track and engage submarines is an essential capability for modern navies. The fact that submarines are often in use, makes it hard for naval personnel to get adequate training time with subs from their own or allies´ fleets. This lack of practice in anti-submarine warfare can reduce skill levels and mission readiness.

Saab offers a highly effective solution to this challenge in the form of the AUV62-AT, an autonomous underwater vehicle designed for use as an acoustic target. Able to be easily launched from ships, the system closely mimics a range of different submarine characteristics, providing crews with a cost-effective way of practicing their anti-submarine warfare exercises.

“The AUV62-AT is the most advanced anti-submarine warfare training system on the market,” says Carl-Marcus Remén, Sales Director at Saab`s Business Unit Underwater Systems. “It allows crews to do a wide range of training scenarios, including basic training all the way to firing a torpedo at the system and to then conduct extensive evaluation afterwards. This means it is of use to everyone from experienced crews to navies wanting to expand their anti-submarine warfare training capabilities.”

Remén explains that prior to being used the AUV62-AT is programmed for the desired behaviors and characteristics. Once launched, it operates completely autonomously. “It has a variety of transducers covering multiple frequency ranges all from from hull-mounted sonars to towed sonars, and even homing systems on torpedoes”, Remén says. 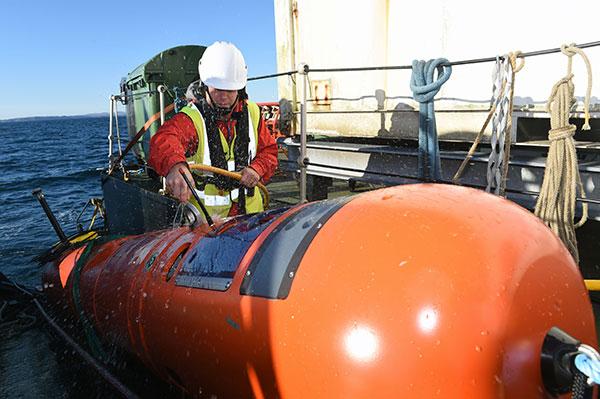 The AUV62-AT has a multi-platform capability which means that the system can interact with numerous vessels simultaneously, allowing training with complete ASW taskforces. In the view of the operator the system can be visualized as a realistic target as it tows a tail with transducers, this tail can be extended up to 75 metres to enhance the impression that the operator are hunting a real submarine.

Remén says a key feature of the AUV62-AT is its sophisticated behaviour. “It can be programmed to undertake evasive action if it senses that it has been detected, for example increasing its speed or shifting its active or passive signatures."

After an exercise, the data collected by the AUV62-AT can be downloaded and analysed, providing crews with immediate feedback on their performance, helping them to improve their performance in subsequent sessions.

The United Kingdom’s Royal Navy, which is the latest customer of the AUV62-AT, made an extensive evaluation of the solution where they used and tested the system during multiple sessions. These tests were a follow on to the Royal Navy’s exercise, Unmanned Warrior in 2016, where the AUV62-AT was the primary ASW target during a two-week long exercise around northern Scotland.

Remén emphasizes that the AUV62-AT is the future of underwater training. “There is a clear trend using unmanned underwater vehicles and also unmanned surface vehicles to complement and enhance the way ASW is performed today and in the future. Saab’s innovative solutions in this field is well positioned for the future needs,” he says.