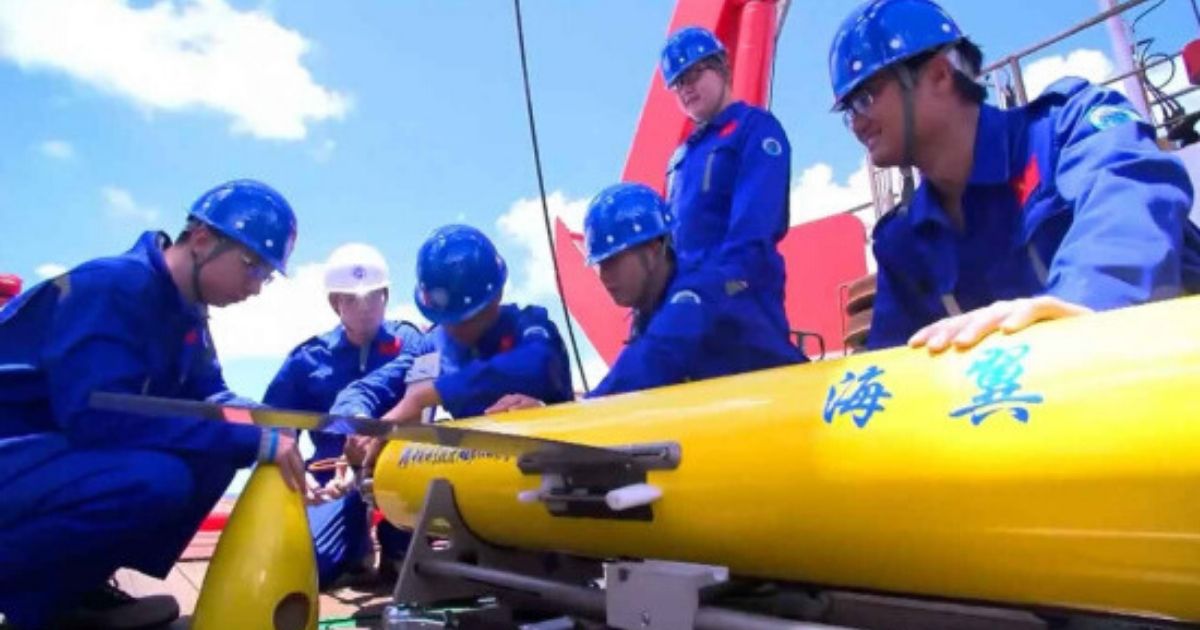 China has boosted its underwater glider capacity by developing an underwater glider named Haiyi, which means “sea wings.” Developed by the Shenyang Institute of Automation under CAS, the Haiyi glider can monitor sea water temperature, salinity, turbidity, chlorophyll and oxygen content for months on end.

According to Jane’s, the Haiyi features a torpedo-shaped main body constructed from aluminum alloy or carbon fiber composite material and features a pair of swept wings. The nose of the pressure hull contains the underwater glider’s buoyancy engine and depth control systems, with the mission payload and control unit located in the middle. Forbes noted that the Haiyi bears a striking resemblance to the Littoral Battlespace Sensing-Glider (LBS-G) used by the U.S. Navy. On December 15, 2016, China intercepted a U.S. Navy LBS-G in international waters in the South China Sea while it was being recovered by a U.S. Navy oceanographic survey ship. The LBS-G is manufactured by Teledyne Webb Research in East Falmouth, Massachusetts. The design is based on Teledyne Marine’s autonomous Slocum glider.

Gliders move through the water without traditional propulsion. Instead, they utilize shifting internal ballast, along with their wings to provide lift, moving up and down through the depths like a porpoise. of their efficiency, they can operate at sea for months while being monitored by small teams using desktop computer interfaces and commercial communications satellites or line-of-sight datalinks. The gliders can carry both internal and external payloads. Once the Slocum glider is deployed, it can easily be controlled from anywhere in the world using web-based piloting tools. This allows fleets of gliders to be operated remotely with minimal personnel and infrastructure. They are particularly valuable in rough seas, where they are capable of continuous sampling without risking personnel or costly assets.

According to Chinese sources, a fleet of upgraded Haiyi (Sea Wing) underwater gliders were deployed from a Chinese government scientific research vessel on 11 December 2019 and successfully conducted an underwater survey expedition in the East Indian Ocean.

The Tianjin-based Deepfar Ocean Technology Company (Deepfar) has claimed that all 12 of its second-generation Haiyi long-range gliders deployed as part of the Ministry of Natural Resources’ (MNR’s) Joint Advanced Marine and Ecological Studies (JAMES) expedition were recovered by the state-owned survey/research ship Xiang Yang Hong 06 on January 30, representing a cumulative 550 days of continuous operations at sea and a completed navigational distance of more than 6,479 nautical miles. China has also deployed Haiyi from an ice breaker in the Arctic and in March 2017, China reported that a Haiyi glider had reached a depth of 6,329 meters during a mission in the Mariana Trench.