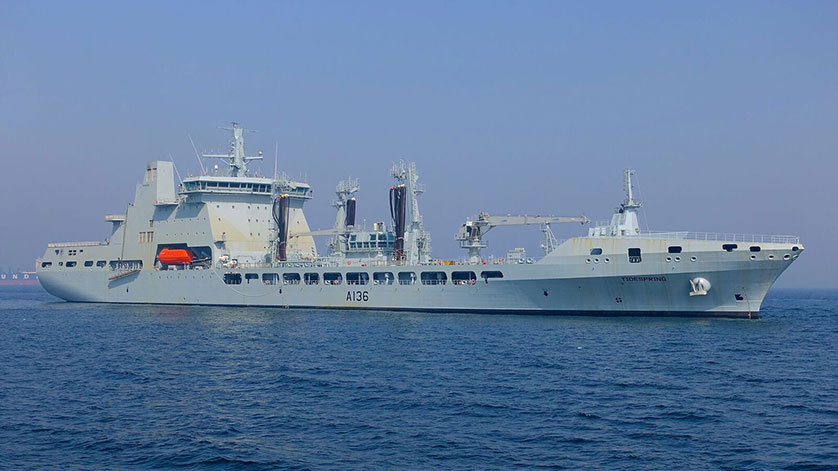 Korean shipyard specialist SeaQuest Marine Project Management has successfully completed a major project overseeing the construction of one of the UK Ministry of Defence's latest naval auxiliaries, which will provide support to the new UK aircraft carriers and other British and NATO naval vessels.

On 12 January 2017, Daewoo Shipbuilding & Marine Engineering and the UK Ministry of Defence signed the Acceptance Off Contract for RFA Tidespring, the first in a series of four Military Afloat Reach and Sustainability (MARS) vessels. The 37,000 dwt tankers are being built to supply Royal Navy vessels around the world. RFA Tidespring will arrive in the UK this spring to undergo customization and armament work and is expected to enter into service in the British Royal Fleet Auxiliary later this year.

SeaQuest has been engaged in this exciting project since 2013, overseeing the entire construction program, from steel cutting to completion. The SeaQuest supervision team included automation and electrical inspectors as well as machinery, piping, hull, ILS and coating inspectors and document controllers.

SeaQuest Managing Director and Project Manager, Jan Andersson, said, "I am hugely proud of the work undertaken by SeaQuest's highly skilled team of marine engineers and naval architects. The vessel achieved outstanding results in its performance tests. This was a hugely challenging hi-tech project that involved collaboration not only with DSME and the UK MOD, but also BMT Group, Lloyd's Register, Frazer-Nash, Isherwoods and A&P."